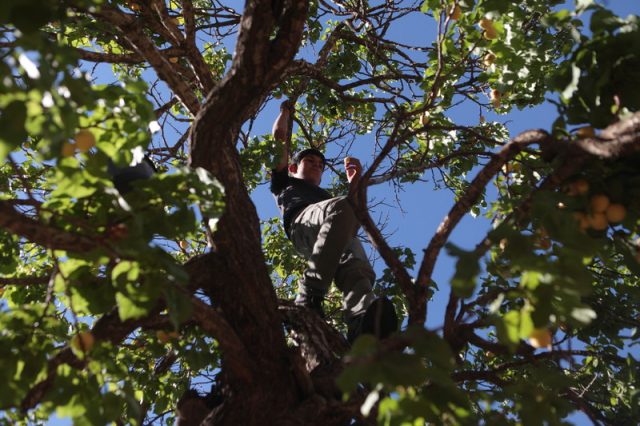 Two stories reported by Haaretz on Wednesday underscore the unchanging goal of Zionism: the destruction of the Palestinians as a people and as viable communities, and the theft of their land for exclusively Jewish colonial settlement.

The first story reports on declassified minutes of cabinet meetings in the months after the 1967 war, when Israel occupied the West Bank and Gaza Strip, as well as Syria’s Golan Heights and Egypt’s Sinai Peninsula.

Israeli leaders were pondering how to deal with the hundreds of thousands of Palestinians newly under military occupation. It was already clear that the Israelis wanted the land but not the people who lived on it.

One of the “solutions” offered by Levi Eshkol, then Israel’s prime minister, was, effectively, to expel them.

According to the minutes, Eshkol told ministers he was “working on the establishment of a unit or office that will engage in encouraging Arab emigration.” He added, “We should deal with this issue quietly, calmly and covertly, and we should work on finding a way [for] them to emigrate to other countries and not just over the Jordan [River].”

And in a premonition of today’s brutal Israeli siege, Eshkol indicated that “precisely because of the suffocation and imprisonment there, maybe the Arabs will move from the Gaza Strip.”

But he wasn’t necessarily going to leave it to chance. The prime minister proposed: “Perhaps if we don’t give them enough water they won’t have a choice, because the orchards will yellow and wither.”

He also suggested that “Perhaps we can expect another war and then this problem will be solved.” He must have been thinking back to the 1948 Nakba, when Zionist militias ethnically cleansed 750,000 Palestinians from their homes during Israel’s so-called “War of Independence.”

Eshkol was emphatic: “We are interested in emptying out Gaza first.”

There was apparently no disagreement.

Yigal Allon, another minister, urged “thinning the Galilee of Arabs.” This is important because the Galilee is a region within the land on which Israel was established in 1948 and the Palestinians who live there are nominally Israeli citizens.

But for Israel’s leaders they were and remain nothing more than a “demographic threat” to Zionist expansion and overall control.

Zerah Warhaftig, minister of religious affairs, made the goal clear: “We must increase [the number of] Jews and take all possible measures to reduce the number of Arabs.”

Fast forward 50 years to the present day, to the occupied West Bank village of al-Walaja, southwest of Jerusalem.

Israel has been proceeding for years to deprive the villagers of their land.

They are already cut off from much of their farmland and from Jerusalem entirely by Israeli-built walls and fences.

Two days ago, according to Haaretz, the villagers received notices from Israeli occupation forces that a military checkpoint will be moved about 2.5 kilometers deeper into the West Bank.

“Once the checkpoint [is] relocated, Palestinians without Jerusalem resident papers will not be allowed to pass through it,” Haaretz reports. “They will not be able to visit the spring area or their fields and terraces beyond it.”

This is an area – similar to nearby UNESCO-recognized Battir – with ancient stone terraces and springs tended by the native Palestinians for generation after generation.

As Palestinians of al-Walaja are deprived of access to their land and water, their orchards will, as Eshkol put it, “yellow and wither.”

Today, just like in the cabinet in 1967, Israeli politicians and pundits dream of bombing, starving and forcing Palestinians out of the West Bank and Gaza Strip in order to take their land – if not inflicting another Nakba or outright extermination.

Israel is already taking the land, albeit – in Eshkol’s words – “calmly and covertly,” knowing that this is the best way to ensure the support and sponsorship from American and European governments that continue to spout platitudes about “shared values,” Israeli “democracy” and “innovation,” while the occupation soldiers, bureaucrats and colonists’ bulldozers do their dirty work.

And where Israel hasn’t deprived Palestinians of water, that state has made it toxic.

Of course Israel’s regular spasms of mass violence are intended to speed the process along and “mow the lawn” of Palestinian resistance.

What is happening in al-Walaja is a microcosm of what is and has been taking place all over the country since the advent of European-backed Zionist colonialism.

It illustrates the continuity of Zionism’s incremental genocide in Palestine.

Cover photo: A member of al-Araj family harvests apricots in 2012, on al-Walaja village lands that since then have increasingly been cut off by Israel’s separation wall and barriers in the occupied West Bank (Anne Paq / ActiveStills)

How to report from Gaza