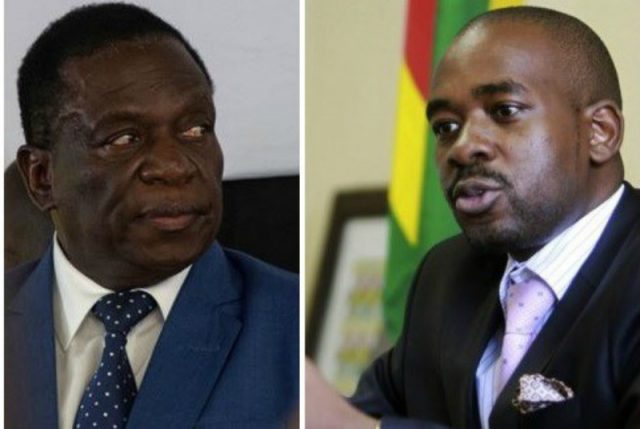 The huge protests in the aftermath of the election reflect a deep-rooted desire among the people to effect a change in the system.

In light of the crisis this week in Zimbabwe that followed the re-election of Emmerson Mnangagwa, Zimbabwe’s president and leader of the ruling Zanu-PF party, Peoples Dispatch spoke to Ady Mutero, General Secretary of the United Food and Allied Workers Union of Zimbabwe (UFAWUZ). He shared his views on the current situation in Zimbabwe, the roots of the crisis and his perspective on the future.

Peoples Dispatch: What happened in the elections in Zimbabwe? Why are people protesting?

Ady Mutero:On Tuesday, August 1, around mid-morning, supporters of the Movement for Democratic Change (MDC) Alliance protested in the capital city of Harare against alleged ballot manipulation, but more importantly, against the delay by the Zimbabwe Election Commission (ZEC) in announcing the presidential results. They suspected that what happened in 2008, when their votes were manipulated to favor ZANU-PF, had occurred again.

The situation in the country had become tense immediately after the closing of polling stations on July 30. The people of Zimbabwe, the majority of whom are from the working class, saw the elections as a chance to change the government and therefore a possibility for a brighter future.

The enthusiasm before and during the elections day was telling. The Alliance, which is a grouping of 7 political parties, draws most of its support from urban areas. They were hoping for a resounding victory for its presidential candidate, Nelson Chamisa, a former student leader.

The results came out in bits and parts before the official announcements. After the counting of the ballots, the results are pasted in the polling station and become public. This arrangement makes it possible for contestants to know the outcome even before the official pronouncement by the Board managing the elections. This means that the results of the elections were already in the public domain as the contestants were present in every polling station with their election agents. So they could know the results of the elections immediately.

Once they believed that the results were being tampered with, the MDC alliance supporters took to the streets marching towards the ZEC center. In response, the police used batons and water cannons to disperse the determined MDC supporters whose objective was to disrupt ZEC activities. The police barricaded the entrance of the election command center and they repressed the protesters. The protesters retreated into the city center. Meanwhile, army was called in and it did not waste any time in applying disproportionate force to repress the mobilization of the people. Nearly seven people, including those who were not involved in the protests, were injured. Shops were destroyed and cars were burnt. As of today, the situation is tense and the town is deserted. There were some spontaneous protests in the city briefly around 11 am. There is not much happening now but the possibility of the protests spreading across the towns is very high. Mnangagwa tweeted that he was reaching out to Nelson Chamisa to see how they could diffuse the situation. We do not know to what extent have they gone ahead with their discussions.

PD: How is the current crisis related to the events in November that led to Mugabe’s exit?

AM: There is definitely a connection, which is founded on the confidence the events of November 2017 built into the tired, disillusioned and disgruntled people of Zimbabwe. The November 2017 events can be basically described as a confidence rebuilding moment for the working class in Zimbabwe. They are still riding on that confidence and momentum. This is why they can now easily get on to the streets.

The protest against Mugabe was not an end in itself but a means to an end. The people were fighting the system which Mugabe was using to run the country, and they realize that even after removing Mugabe, this system is still in tact. This is evident in the treatment Mugabe received on the election day when he went out to cast his vote. Some say he received a hero’s welcome by those who were queuing up to cast their votes. This was the same with Chamisa.

People are clear in what they want. They didn’t just want an end to Mugabe but an end to the whole system. Just eight months ago, many sang and celebrated when Mnangagwa came to power, and now they are on the streets. What they don’t want is the system. They don’t hate the person necessarily but they hate the system. They want to dismantle the system. I think that even if Chamisa had won the elections and become the leader, it wouldn’t have been surprising if he had been at the receiving end of protests by people who are dying for him today, given the consciousness developing among them. They are using Chamisa as an object to remove Mnangagwa and hoping that he would be able to dismantle the current system and replace it with a pro-poor people system.

It is also important to remember that Mugabe, on the eve of the elections, called for a press conference where he affirmed that the current administration was created out of a coup d’etat  and he made it very clear that he supported Chamisa. The state immediately responded to his press conference by withdrawing his security.

The need of the hour is a pro-people government. What we hope for and what we are concerned about is whether this current wave can be expanded beyond individuals – beyond Mnangagwa and Chamisa, – beyond these neoliberal policies and parties.

Mugabe is actually more to the left than Mnangagwa and Chamisa. If only rhetorically and on a partisan basis, he would discuss land for the people and indigenous rights. Whereas the Chamisa party and Mnangagwa party are seeking to reverse these things. They are clients for capital. They are purely business people. Mugabe, on the other hand, tried to appear as some sort of Bonaparte and seem balanced – not that he was correct at all – but if you are to choose what is better in terms of policies, especially economic policies (without talking about his behavior, human rights etc.), Mugabe was better. Already, these people are talking about labor reforms in favor of capital because they are claiming that our current labor laws are not conducive for business. So our country is actually at a crossroads and hence, it is full of social and revolutionary possibilities.

At the same time, it is possible that Mnangagwa and Chamisa start negotiating. Maybe, they will talk about creating a government of national unity because they are so similar; they breathe the same air. Right now, the working class now needs to regroup and come up with an independent political pole which they will use to realize their objectives