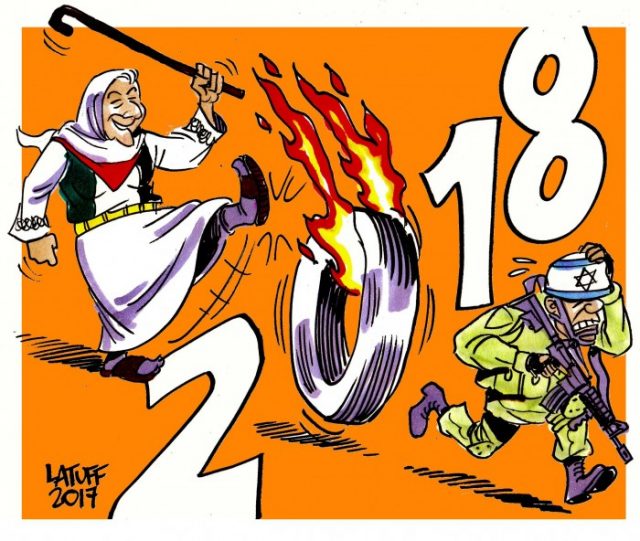 2017 will be remembered as the year that the so-called ‘peace process’, at least in its American formulation, has ended. And with its demise, a political framework that has served as the foundation for US foreign policy in the Middle East has also collapsed.

The Palestinian leadership and its Arab and international allies will now embark on a new year with the difficult task of drumming up a whole new political formula that does not include the United States.

The Palestinian Authority entered 2017 with the slight hope that the US was in the process of moving away, however slightly, from its hard-line pro-Israel attitude. This hope was the result of a decision made by the Barack Obama Administration in December 2016 not to veto United Nations Security Council Resolution 2334 that declared the status of illegal Jewish settlements in the Occupied Territories null and void.

But the new Donald Trump Administration suffocated all optimism as soon as it took over the White House, with a promise to relocate the US Embassy from Tel Aviv to Jerusalem, thus recognizing, in defiance of international law, the Holy City as Israel’s capital.

Mixed messages from President Trump made it unclear whether he would go through with his campaign and early presidency promises, or remain committed to traditional US foreign policy. The appointment of extremist politicians, the likes of David Friedman as US Ambassador to Israel was juxtaposed with constant references to an ‘ultimate deal’ that would involve Palestinians, Israel and Arab countries.

The American ‘regional peace’, however, amounted to nothing, and Trump eventually fulfilled his promise to Israel and its allies by signing the Jerusalem Embassy Act of 1995.

By doing so, he has ended his country’s once-leading role in the US-espoused ‘peace process’ which advocated a ‘two-state solution’ based on a ‘land for peace formula.’

European countries had anticipated the American retreat from peace-making efforts as early as January 2017, yet it still pushed for the Paris Peace Conference on January 15. The conference brought nearly 70 countries together but, without US support and amid Israel’s rejection, it was merely a platform for rehashed language about peace, co-existence and so on.

Now that Trump has downgraded his country’s role, European powers, especially France, are likely to attempt to salvage peace talks. Such a possibility, however, is likely to prove equally fruitless since the right-wing Israeli government of Benjamin Netanyahu made it clear that neither freezing illegal settlements, a shared Jerusalem nor a Palestinian state are on the Israeli agenda. Without the enforcement of international law, Israel will not willingly change its position.

In fact, 2017 has been a year of unbridled Jewish settlement expansion with thousands of new housing units having been built –  while brand new settlements are also in the offing.

Israel’s intransigence and the end of the US peace gambit has renewed interest in the Palestinian struggle, which has been cast aside for years due to regional conflicts and the Syria war. This has resulted in greater support for the Palestinian Boycott, Divestment and Sanctions (BDS) movement. Modeled after the South African anti-Apartheid boycott movement, BDS calls for direct action by global civil society to end the Israeli occupation of Palestine.

However, the rise of BDS has also meant a strong Israeli-US push back to outlaw the movement and to punish its supporters. Nearly two dozen US states have passed laws to criminalize BDS, while the US Congress is finalizing its own law that makes boycotting Israel an act punishable by a hefty fine and a prison term.

Challenging both the Israeli Occupation and the PA, Palestinians in the Occupied Territories continued with their Intifada, although one that lacked the mass mobilization of previous uprisings.

Hundreds of Palestinians were killed and wounded, including many children, in Israel’s efforts to suffocate any protest against its military rule.

The siege on Gaza also remained in place despite Hamas’ efforts to end it through the rewriting of its constitution and the various overtures towards Mahmoud Abbas’ Fatah Party, which dominates the PA government in Ramallah.

A unity agreement between Hamas and Fatah was signed in Cairo in October. It set an election date, and allowed for thousands of PA officials to return to Gaza to man border crossings and populate various ministries and government offices.

The nearly 2 million Palestinians in the besieged Strip, however, are yet to savor the fruit of that unity in their everyday life.

Although the reconciliation agreement was motivated by political expediency for both factions, the need for real unity among Palestinians is more urgent now than ever before, and not only because of Trump’s decision regarding Jerusalem.

The Israeli Knesset has passed, or is in the process of passing, various bills that seal the fate of Palestinians, regardless of their geographical location or political affiliation. One is the Jewish Nation-State Bill which defines Israel as the “nation home of the Jewish people” thus rendering millions of indigenous Palestinian Arabs as outcasts in their own homeland.

The ‘Greater Jerusalem Bill,’ was only shelved temporarily, despite the fact that it has the support of a majority in the Knesset. The Bill calls for the expansion of Jerusalem’s boundaries to include major illegal Jewish settlements in the West Bank, thus illegally annexing massive swathes of Palestinian land and reducing the Palestinian population in Jerusalem into an even smaller minority.

The Palestinian leadership must understand that the challenges at hand are far greater than its selfish need for political validation and monetary support. There is an urgent need for the revitalizing of all institutions of the Palestinian Liberation Organization (PLO).  The new strategy should place Palestinians first, and must harness the energies of the Palestinian people at home or in ‘shatat’ – Diaspora.

This cannot be achieved through paying lip service to Palestinian unity, but through a dynamic campaign aimed at reexamining the failures of the last 25 years – since the ‘peace process’ went into motion – and holding those responsible for these failures to account.

A new dynamic leadership must emerge that views the Palestinian struggle and popular resistance not through factional or ideological prisms, but through a compassionate allegiance and respect to the Palestinian people, not only in Palestine but those languishing in refugee camps in Lebanon, Syria, Jordan and throughout the region and the world.

Through this new leadership, a whole new social contract would have to be articulated, with new vocabulary and true commitment to specific goals and aspirations. Various Palestinian ‘leaderships’ have been playing different tunes for too long, each focused on their personal gains, without paying heed to the fact that the majority of Palestinians have suffered tremendously as a result of this disunity and confusion.

For a Palestinian leadership to be taken seriously, it must truly represent its people and speak on their behalf with the kind of determination that reflects the everyday act of resistance that fuels the Palestinian struggle.

Indeed, 2018 promises to be a decisive year for the future of all Palestinians and it will be a difficult one. Not only did the US pull out of the ‘peace process’, it is expected to do its utmost to jeopardize any Palestinian initiative aimed at holding Israel accountable for its 50-year-old illegal military occupation.

If the Palestinian leadership fails to transition itself into a new role, it is likely to find itself in direct confrontation with the Palestinian people, who are ready to move on into a whole new type of struggle; one that is not beholden to the farce of a ‘two-state solution’, which was never truly on the agenda to begin with. 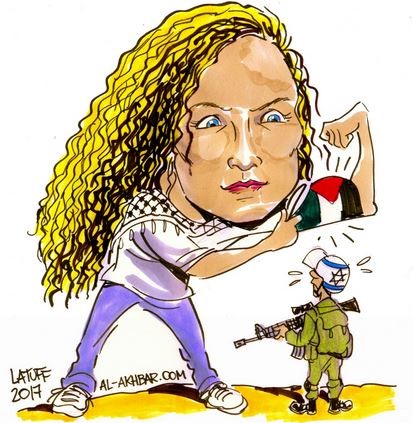 Ahed Tamimi, icon from a new generation of Palestinians, by Carlos Latuff

– Ramzy Baroud is a journalist, author and editor of Palestine Chronicle. His forthcoming book is ‘The Last Earth: A Palestinian Story’ (Pluto Press, London). Baroud has a Ph.D. in Palestine Studies from the University of Exeter and is a Non-Resident Scholar at Orfalea Center for Global and International Studies, University of California Santa Barbara. His website is www.ramzybaroud.net.

Why Are Countless Palestinian Photos and Films Buried in Israeli Archives?