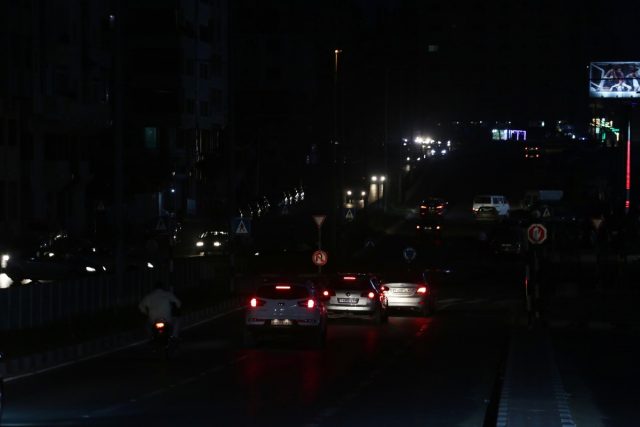 One more hour in Gaza without electricity, and the signal there will be given: Qassam rockets. Israel once again will be the victim, and the massacre will begin.

Israel and Gaza are not facing another war, nor are they heading for another “operation” or “round.” This false terminology is intended to mislead and dumb down the remnants of conscience.

What’s at stake now is the danger of another massacre in the Gaza Strip. Controlled, measured, not too massive, but nonetheless a massacre. When Israeli officers, politicians and commentators talk about “the next round,” they’re talking about the next massacre.

So let’s call a spade a spade: This is what’s known as a massacre. That’s what they’re talking about in Israel now. Who’s for a massacre and who’s against it? Will it be good for Israel? Will it contribute to its security and interests or not? Will it bring down Hamas’ rule or not? Will it serve the Likud “base” or not? Does Israel have a choice? Of course not. Any attack on Gaza will end up in a massacre. There’s nothing to justify it, because a massacre cannot be justified. So we must ask: Are we for another massacre in Gaza, or against it?

The pilots are already warming up on the routes, so are the artillerymen and the female soldiers wielding the joysticks. One more hour in Gaza without the electricity supply, and the signal there will be given: Qassam rockets. Israel once again will be the victim, and millions of Israelis will go into shelters again. We came out of Gaza and look what we got. Oh, Hamas, the cruelest of them all, the war lover.

And what other way does Gaza have to remind the world of its existence and inhuman distress, except the Qassam rocket? They were quiet for three years and now they’re the subjects of collaborative research by Israel and the Palestinian Authority: a great experiment on human beings. Is one hour of electricity enough for human existence? Perhaps 10 minutes will do? And what happens to humans without electricity altogether? The experiment is in high gear, the scientists are holding their breath. When will the first rocket fall already? When will the massacre follow?

It will be more awful than the two that preceded it, because history teaches that every Israeli “operation” in Gaza is worse than the one before. “Operation Cast Lead” (turn of 2009) with 1,300 Palestinian fatalities, 430 of them children and 111 women, compared to “Operation Protective Edge” (summer 2014) with 2,200 fatalities, 366 of them children, 180 of them infants and toddlers and 247 women. Hooray for progress and the rise in the number of slain children. Our strength increases from one operation to the next. Avigdor Lieberman has promised that this time there will be a decisive victory. In other words, this time the massacre will be more horrific than any of the former ones, if it is at all possible to take anything this defense minister says seriously.

There’s no point in going on at length about the suffering in Gaza, nobody cares anyway. To the Israelis, Gaza was and is a nest of terrorists. There are no people like them in it. These are the lies we tell about Gaza. The occupation there is over, ha ha ha. All its residents are murderous. They’re building terror tunnels instead of inaugurating high-tech plants. No, really, how come Hamas hasn’t developed Gaza? How dare they? How have they not set up an industry under siege, agriculture in prison and high-tech in a cage?

And another lie we tell about Gaza – we’ll topple Hamas’ rule. It’s both impossible and Israel doesn’t really want to.

The numbers of the dead flicker routinely on our screens, meaning nothing to anyone. Hundreds of slain children, who can imagine such a thing? The siege isn’t a siege and even the thought of a one-hour electricity outage in Tel Aviv in the steaming summer heat won’t lead to an iota of empathy with those who live with almost no electricity at all, one hour away from Tel Aviv.

So let’s keep doing our thing – the Gay Pride Parade, housing discounts for young families, the pedophile teacher. And when the Qassam rockets fall we’ll pretend to be stunned, and as part of our holy self-victimization the good pilots will take off at dawn, on their way to the next massacre.

Cover photo: Gaza City’s Beach Street, a busy thoroughfare connecting the southern and northern areas of the Strip, is often in total darkness. During power cuts the lights go out along Gaza’s most trafficked streets, plunging the roads into darkness and causing accidents. (photo album from the Electronic Intifada)