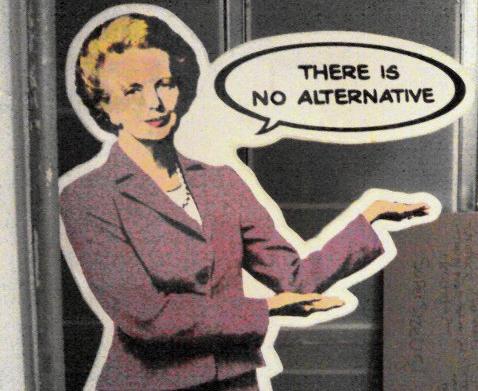 One day the world awoke to the news that Iraq was in possession of weapons of mass destruction; a US Machiavellian plan to which the UK, Poland, Australia and Spain joined -as the first front-. That was how in 2003 we saw the start of the Iraq war. A ruthless genocide against the Iraqi people was announced on international news as simply collateral damage. Meanwhile, US soldiers were honored by such courage in defense of humanity and the homeland and are now, revered veterans.

Saddam Hussein was accused of being a dictator and they put a price on his head. The rest is history disgracefully told by the global media coverage. What happened with Iraqi oil and gold? Where are the weapons of mass destruction that Iraq allegedly had in his possession? Whatever happened to the Iraqi people? What happened to their museums, ancient monuments, recreational parks, schools, hospitals.

Everything was destroyed in order to uproot the culture, identity and memory and mark a setback that won’t allow Iraq to get up on its feet for decades. They destroyed the fields, food sources, transportation. Not to mention girls, adolescents and women (the spoils of war so typical of patriarchy, misogyny and machismo) who were sexually abused by US soldiers.

When the Arab Spring erupted, in 2011 the United Nations Security Council approved a foreign intervention to overthrow Muammar Gaddafi, the United States, Britain, France, Belgium, Spain, Canada, Denmark and Qatar took charge of the invasion and slaughter. Of torture, forced disappearances, and the raping of girls, adolescents and women as a reward for such sacrifice by the invading troops.

Gadhafi was depicted as a dictator before the world’s population alienated by the media disinformation. Today Libya is a weave of buildings in ruins, completely destroyed by the bombing. Thanks to the Arab Spring, once a flourishing country became a wasteland of debris. Nowadays, Libyans are before the global masses a people liberated by foreign military intervention. The reality is farther from the truth.

Again in 2014 they disclosed to us the shocking news of the existence of the so-called “Islamic State” and we were told that it was urgent to attack it on all fronts, but were not told who created it and for what purpose. What is terrorism and who benefits? Who are really the global terrorists? Syria suffered a military intervention led as always by the US, to which Australia, Canada, France and Turkey joined. Bahrain; Jordan; Qatar; Saudi Arabia and United Arab Emirates, also joined. As well as the UK, Holland and Denmark. Syria as was Vietnam -and 70 more countries through history- is a victim of the voracious appetite of US-glob led capitalism. Meanwhile Russia has shown its support at all times to Al Assad.

The Syrian genocide is one of the bloodiest in recent years, yet the world remains silent concealing it with their silence. There are thousands of children among the “collateral damage”; they have shown no mercy against the vulnerable population. Thousands of girls, adolescents and women have been raped by the invading troops. Terrorism is nothing but the creation of interventionist interests in those economic wars promoted by the United States and its allies around the world. That paramilitary offensive that follows assaults on territories that do not bend to global economic power, and which believes that dignity is for sale and can buy it on the cheap.

In this way the media related to corporate power interweave the cobwebs, and because we are a lazy and indolent society which likes to be given everything in their mouths, previously processed, because it is easy to manipulate. It does not require great deal of effort to get brainwashed, and for us to think as they want for their own benefit. Devoid of reason and own judgment we are unable to make a challenging and human judgment that mobilize us into political action to counter social injustice.

Properly speaking of Latin America, particularly South America they want us to believe that Venezuela is a nation subdued by a dictator named Maduro. And as happened in Libya with opposition groups friendly to neoliberalism, to looting and oppression, in Venezuela the rightwing cries out for US intervention and continues to insist that the OAS apply the Democratic Charter against the government of Nicolas Maduro. They are not going for Maduro, but for the achievements of the Chavista revolution.

The situation gets complicated for Latin America which should redouble their efforts for the permanence of the Bolivarian Revolution. With Hillary Clinton as the new president the US government will attack with more force for the removal of progressivism in the region. By having a meddling neighbor like Clinton, who besides that, hates human rights and disrespects life and the ecosystems, Latin America will lose. She represents the US oligarchy who bets on the deterioration of humanity and the planet.

Venezuela is living through a crisis after crisis period, widespread soft blows. Hence the looting, guarimbas, and the existence of those who have infiltrated the ranks of the revolutionary government. Such is the case with those who led the Blue Coup: where a group of civilians and officers of the Venezuelan military aviation were involved. Maduro’s government announced that among the Blue Coup plans (2015) was the bombing of Palacio de Miraflores (so similar to that attack on La Moneda, Chile), the Headquarters of the Ministry of Defense, the building of the Ministry of Interior Justice and Peace, ENC, the Military Intelligence Directorate and the news channel Telesur.

We should not be surprise then, that the same government had dismantled a new coup attempt orchestrated by another false revolutionary enjoying the privileges of betrayal in Miami, the paradise where anyone who dares to betray their own homeland finds shelter. This is the case of the former Minister of Food, Aquatic and Air Spaces, Major General Herbet García Plaza, who was dismissed when the 10th Court of Control of the Metropolitan Area of Caracas, ordered his arrest for corruption in Bolipuertos and the purchase of three ferries. He fled to Miami.

Two countries and two Latin lungs which, should they fall into the hands of the oligarchy will represent a setback for the region: Venezuela and Brazil. Venezuela for its oil, and Brazil for the BRICS. If they fall we all will fall with them. If the backbone of the Chavista and Bolivarian Revolution fall, to implement neoliberalism in other countries will be a thing of a stroke of a pen. Should we explain with apples the extent of the damage and the setback that will hit Latin America? It is for this reason that the destabilizing right wing groups attack day and night, taking advantage of any atrocity, to overthrow the progressive governments that represent the social and political progress in the region.

We have a mirror in our hands: Mexico, the giant. The US invasion with different forms; among these the war against drug trafficking. Mexico with a neoliberal government, the objective is looting, decay and decline. This is how the world economic powers and the media play the cards. And we are injected an analysis previously manipulated. To the point where we are unable to think differently or at least dare to question a genocide, like the Syrian. We should not be surprised then that during the government of Hillary Clinton a military intervention against Venezuela is authorized and we will look at it with indifference as we do with Syria nowadays, and all of us will repeat that it happened because it was oppressed by the dictator Maduro, just like in Libya. There is no difference between Clinton and Margaret Thatcher. A far cry from holding a candle up to Dilma and Cristina. The past returns, if we allow it…