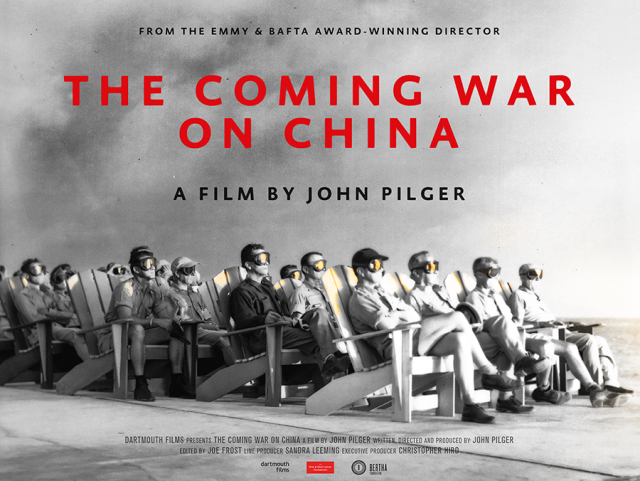 “It’s like trying to fit an octopus into a pair of tuxedo pants. And not a plain octopus at that, but an octopus that doesn’t even exist.”

China lost some 14 million lives in World War 2, maybe more; American casualties were about a half million. China contributed 100 million to the global flood of refugees created by Fascism; Europe’s displaced persons numbered a mere 20 million. “In France we call it the war of 1939-1945. But it’s a world war, not only a European war, and it did not begin in Europe. The war began here, in Asia”, according to French historian Robert Frank. A New York Times review of  Rana Mitter’s recent book, Forgotten Ally: China’s World War II, 1937-1945 states: “World War II… started not on the plains of Europe but with an accidental firefight in 1937 at the Marco Polo Bridge, a few miles southwest of Beijing.”

John Pilger’s terrific new film The Coming War on China begins with stills from 抗日战争 (Or World War II, if you like) and then cuts to General Franklin Blaisdell, former Reagan JCS and Rumsfeld shill, who delivers a Pentecostal eulogy on American military prowess and the impregnable force of Full Spectrum Dominance. The great landmass of China sits between Blaisdell’s hyperventilation and a trailer for The Mask of Fu Manchu, a striking modernist 1932 race-baiter which shows the infamous Chinese mastermind (Karloff, hissing his lisp) practicing surgical torture on the white man from his golden redoubt. Medical experiments haunt Pilger’s film. Washington’s war on China can itself be seen as a Western medical project undertaken to isolate the yellow virus. From the postwar US hire of Japanese doctors from the horrific Unit 731 to the American whitecoats who measured the nuclear effects on the Marshall Islanders, the philosophy of knife and microbe has driven the military-biological vision of wild teeming Asia.

Unluckily for the Marshall Islands, they are situated midway between the pacific coast of the United States and China. Pilger begins on the Bikini Atoll and the testing of H-bomb Bravo in 1946. Some of the darkest artifacts of The Coming War are the ruthless PSAs and army training films that show doctors scrutinizing the Islanders’ dying: measuring discolored patches, pulling out hair as if it were fuzz from a lapel, drawing blood and following the movements of the eye. Lessons in nuclear delousing – little girls used the fallout for shampoo – courtesy of the US Atomic Energy Commission. The ‘savages’ are occasionally taken back to the States for further testing, to ‘white man’s country and the iron room’ where Geiger and scintillation counters dip madly into the red. Dressed in snazzy suits, the Marshallese smile at the cameras while the experts watch their deaths and entrances with great devotion. Genetic mutations fascinate the white doctors. Signs back on the islands advertise ‘Free Plutonium Screening’. Pilger gives us portraits of magicians such as Dr. Robert Conard, the kindly AEC whitecoat with his warmth for children and his conscientious letters to the guinea pigs he has been monitoring impartially for years. 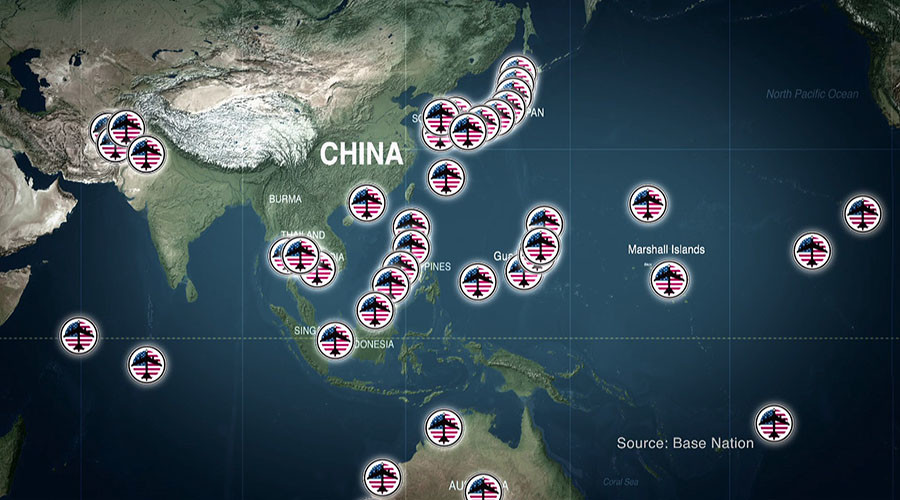 The film moves back and forth from these official ethnographic documents to the present-day, points in time linked by a tumorous chain of Strontium 90. Beaches strewn with plastic rubble, empty watchtowers where the munitions men and scientists gauged the Saturn rings of the detonations. People are relocated from island to island as the tests multiply, chased by doctors and soldiers by sea and by malignant cells in the bloodstream. Many of them finally end up on the floating slum called Ebaye Island. If they are lucky they find work tending the golf courses on US military bases such as the Ronald Reagan Ballistic Missile Defense Test Site, and are ferried daily back and forth from counterfeit suburban lawns to refuse heaps. Fruit and vegetables are long gone on Ebaye Island. People subsist on potted beef product and live in shacks without plumbing or electric. But this vagabond state hardly lasts, as cancer from the old Bikini days comes around in your late 40s.

Testing the aftermath of these rehearsed nuclear apocalypses on the Micronesian peoples creates a curious dislocation in the subject. The Marshallese are allowed for once to substitute for the white man, but only in the human commune of sickness and death. Outside of strict serial biology, Micronesians retain all their essential differences. The islands are quarantine between life and death, an intermediary zone between the orchestrated dawn of fission and predictable sunrise. A green physical world become the irradiated husk of a snails’ pace poison, contaminated streams and trees from stamen to throat; in breast, beast and foliage.

There are many islands and each with an occupation of its own. 26.2124° N, 127.6809° E, Okinawa is a fairground of drunken car wrecks, uniformed rapists, and failed war machines such as the ridiculous Osprey V-22 (“Half-airplane, half-helicopter, totally badass…”, gushed the NY Post) which occasionally crash into a busy highway. Okinawa’s fabulous resistance to the US military is relentless and lead by octogenarians. Pilger shows us holy men busted by MPs, grandmas chained to chain-link fences, and young girls being hauled off by collaborator cops. The resistance even manages to laugh about it all. The soldiers laugh too, but due to artificial stimulants, as they grope and stumble down Okinawan streets at night, a spectacle of continuous hubris.

After the Revolution, Mao sent several conciliatory telegrams to Washington. They were ignored. McCarthy’s Red Scare removed anyone in the State Department who spoke Mandarin or Cantonese soon after. Thus, Sino ‘knowledge’ became the property of peculiar thinktanks and the arms complex, a rat-line of faux egghead paranoids who funnel cash to the weapons dealers for fantastic untested defense projects. The knowledge-systems that inform us – We, “Westerners” – are a feedback loop of Orientalist debris and compromised specialists who are there to keep their jobs or sustain Neoliberal doctrine or both. The problem with this cozy situation is that nuclear war may actually erupt one day.

Our military bases metastasize around the mainland in a further indication of the confusion of geography with genetics, of metaphor with actual terrain. The string of island silos aimed at China, the ‘noose’ of missiles and carriers, may turn out to be a string of targets rather than a garrote. True power deters by blind threat and a phantasmagoria of total war constructed for the public. Once it is actually used, it degrades to an erratic anti-strategy capable only of spreading chaos. So Yankee military planners dream vivid dreams of the old British dream-China, from the Ivy League institutions to the Citadel. Education is quite literally the opium of the bourgeoisie: FDR’s grandfather Warren needed some place to stash the money he made from the Opium trade so he and his kind built Princeton, Yale, Columbia (Cabot dope cash built Harvard). Perhaps China’s greatest and most devious triumph is the projection of a parody of itself which has been dutifully believed by the Anglo Saxons, carried along by the racist pulp our masters have never failed to take as gospel.

The Coming War gives the impression we are looking into the past, though its warning is aimed to the future. The American seems to be witless and archaic and ever more desperate, but you should never underestimate the capabilities of a suicidal man. The Chinese Centuries are here again after a short interregnum and strange ideologues in certain deep sectors of the Republic are very nervous (Do they fear irrelevance more than death?). The Chinese Communist Party offers the supreme irony, or perhaps the singular harmony our present time allows: Only the insatiable greed of the rich will prevent the complete annihilation of the earth. It is glorious to be rich! But the Chinese Centuries also bring with them a force from below, a billion Chinese workers. Perhaps the situation is excellent.

John Pilger has made yet another enthralling film. We may be part of its last audience.