When France Used the Public Debt to Colonise Morocco 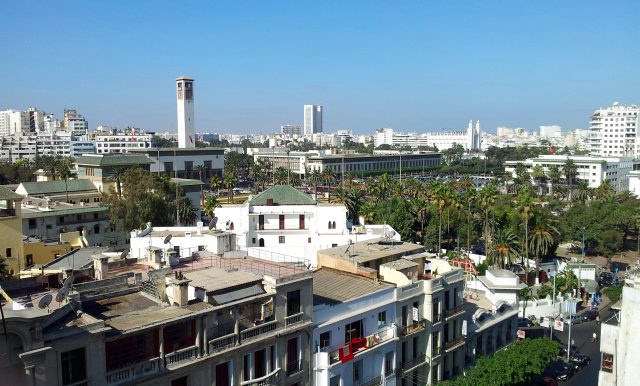 It is now widely recognised that the French protectorate over Morocco was acquired thanks to that country’s public debt. Guy de Maupassant in Bel Ami (1885) alludes to this possibility twenty years before the event! Yet still today many historians fantasise about secret financial and diplomatic manoeuvres, while few actually focus on Moroccan indebtedness, on the country’s increasing financial difficulties, from the middle of the 19th century right up to 1904.

Moroccan indebtedness leading to the 1904 loan had many causes. In the long view, the Sultanate’s lack of resources was due to the division of the country between the bled el-Makhsen (ruled directly by the State) and the bled Siba (a territory not subject to central authority, oppositional, dissident)—a duality which was the true mode of regulation of the Cherifian Empire (1), but which involved huge military expenditures while still failing to bring the hostile tribes under control.

In the medium term, Morocco suffered from a trade deficit that had become structural since the end of the 1870s. The ensuing massive exports of capital stoked an unending currency crisis, constantly soliciting a flow of incoming capital. This deficit is a direct result of Morocco’s opening its borders to trade, beginning in 1856 when a treaty was signed with Great Britain. The extension of the “right of protection”—exemption from all taxes—which Europeans generally were privileged to enjoy, drained Moroccan fiscal resources and undermined the Sultan’s authority.

It was in this context of structural weakness that recent political events triggered a crisis. In 1900, the Regent Ba Ahmed died and his nephew, the young Abdelaziz (22) inherited the throne to become putty in the hands of foreign powers. His lavish and extravagant spending (a railroad inside the Meknes palace, automobiles, solid gold cameras…), encouraged by the foreign missions to his court, widened the trade deficit and substantiated accusations of godlessness aimed at the young monarch. Worse still, the reform of the tertib (taxation), carried out at the behest of British envoy Arthur Nicholson, disorganised the fiscal system : the scrapping of traditional Koranic taxes and introduction of a new tax based on planted acreage aroused widespread opposition. Suddenly the Sultan found himself unable to collect any direct taxes from his subjects.

Knowing the European context is essential for an understanding of how the 1904 loan came about. The French foreign minister was working gradually to ensure French preponderance in Morocco, while making every effort not to offend rival powers at a time of intense imperial competition. Théophile Delcassé’s doctrine of “peaceful penetration” led him to place his hopes in the financial weapon. Distrustful of the Banque de Paris et des Pays-Bas (Paribas today, hitherto referred to by this name), which embodied international high finance, he began by backing the small Société Gautsch, part of the Schneider industrial group. It was this firm that issued the 1902 Moroccan bond for 7.5 million francs. However, Gautsch did not have sufficient capital to satisfy the expectations of the Foreign Ministry and was obliged to turn to Paribas. But no agreement could be reached and their discords threatened to compromise France’s head start in Morocco: in 1903, the country’s immediate needs were filled by loans from England and Spain. It was not until after the Entente Cordiale between France and Britain, signed in April 1904 (2), that the loan could be floated in June of that year.

From debt to protectorate

The 1904 loan did not improve Morocco’s financial position, quite the opposite. Of the 62.5 million francs lent to Morocco, the Sultan received only 10.5 million, the rest having gone to repay previous loans and to cover issue expenses. Before the year was out, the Makhzen was already running short of liquid assets. Thus the 1904 loan initiated a decade of financial distress, in the course of which the Cherifian Empire had no choice but to contract new loans to repay the previous ones. In 1910, a new consolidation loan amounting to 101 million francs completed the country’s financial asphyxiation.

Now in spite of this vicious circle, Moroccan indebtedness, calculated by the usual criteria, was remarkably modest. The debt, as measured by the usual indicators (public debt/GDP, see box) was only 10% in 1904 and 35% in 1912. These low figures reveal the nature of this indebtedness. For while Morocco produced enough wealth for the weight of the debt not to appear overwhelming, the central government had no access to that wealth. European expansion, had, in fact, broken the fiscal link between the Makhzen and its people. Following the disastrous fiscal reform of 1901, Sultan Abdelaziz, accused of being the lackey of Europe, had a general uprising on his hands. Eventually, he was deposed in favour of his brother, Moulay Hafid, but the situation could no longer be reversed. From 1903 to 1912, the debt represented somewhere between 10 and 16 years of tax revenue, of which an average 40% was absorbed each year by the service of the debt.

The stock of debt is calculated by carrying out the aggregation of all Moroccan debts for a given year. The GDP is extrapolated in inflation-adjusted francs from figures provided by Samir Amin (1966) and Angus Maddison (2006). The price index used to calculate the GDP in constant francs was constructed on the basis of the index provided at Thomas Piketty’s website and that of Tableaux économiques du Maroc, 1915-1959, Maroc, ministère de l’économie nationale, division de la coordination économique et du plan, service central des statistiques, 1960. The figures cited here, before and after 1912, concern only French Morocco.

However, the force of the public debt as an instrument of colonial conquest does not lie in its financial nature alone. The debt is also political insofar as it implies the creation of institutions required to manage it and these necessarily impinge on the functions of the State. As soon as the loan contract was signed in 1904, an agency for debt control was created in order to collect directly the customs revenue required to service the debt. Following the 1910 loan, this agency began collecting all of Casablanca’s urban taxes and customs duties, besides organising police and security forces throughout the country.

The debt contract of 1904 also provided for the creation of a State Bank of Morocco (BEM), which would not take place until 1907, after the Algeciras Conference (1906) (3). The BEM was managed by all the Western signatories of the Algeciras Act, yet it alone held the keys to the Moroccan monetary system: it was made sole issuer of the nation’s currency, and became the paymaster of the country with preferential rights over the issuance of any future loans.

In 1912, one economic player enjoyed a key position in the newly conquered Morocco: Paribas, which had taken over de facto the banking syndicate which issued the 1904 and 1910 loans. Consequently it ran the BEM, chaired at its creation by Leopold Renouard who was none other than the vice-chairman of Paribas. Already in 1912 Paribas was interested in developing its Moroccan activities, and had founded, through the banking syndicate which it piloted, La Compagnie générale du Maroc (Génaroc), a huge conglomerate involved in every sector of the Moroccan economy. A chairman of the BEM, Edmond Spitzer summed up the situation in these words: “La Banque de Paris et des Pays-Bas has the undisputed leading role amongst all the groups active in Morocco: in fact, it controls most of the important sectors of the Morroccan economy in conjunction with our State Bank, the Compagnie générale du Maroc and the Omnium nord-africain” (4).

The public debt, in so much as it implies regular financial transfers over the long term, implemented by new institutions, permanently alters the balance of power within the economy. The major role it played in the colonisation of Morocco framed the country’s economy for the entire colonial period to come. However, while the weight of Paribas in the Moroccan colonial economy was considerable, we must not forget that the Moroccan market was negligible for Paribas which had operations all over the world. This acute asymmetry illustrates perfectly the imbalance of the colonial relationship.

(1) The opposition between the bled el-Makhzen and the bled Siba should not be exaggerated or understood to be dysfunctional. The Makhzen’s acknowledgment of a dissident territory within its borders is on the contrary a structuring factor in the political sociology of nineteenth century Morocco.

(2) Editor’s note: On April 8, 1904, France and the United Kingdom signed a series of bilateral agreements generally known as the “Entente Cordiale” in order to settle various colonial controversies, in particular over French acknowledgment of British rule in Egypt and British acceptance of the French protectorate in Morocco.

(3) Editor’s note: The Algeciras Conference was an international gathering to deal with Morocco. It was held from January 16 to April 7, 1906, under the auspices of the United States and was attended by the German Empire and its allies, Austro-Hungary and the Kingdom of Italy ; France and its ally, the Russian Empire, and the United Kingdom of Great Britain and Ireland; the Kingdoms of Spain and Portugal, as well as Belgium, the Netherlands and Sweden. Its conclusions placed Morocco under the surveillance of the great powers, ostensibly to reform, modernise and internationalise the Moroccan economy.