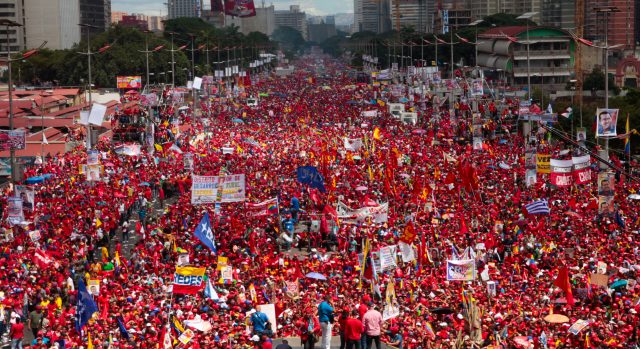 Investig’Action’s Ricardo Vaz was interviewed on “The Grass is Greener”, a weekly radio show on Riverwest Radio, a community radio in Milwaukee, hosted by Gary Grass and Babette Grunow.

The topic is Venezuela and the Constituent Assembly, the recent elections, how it may re-energise chavismo, the dishonest coverage from the mainstream media, the “doomsday cult” behaviour of the opposition and much more.

For more information, be sure to check some of our recent coverage of Venezuela:

Constituent Assembly in Venezuela, an opportunity for peace