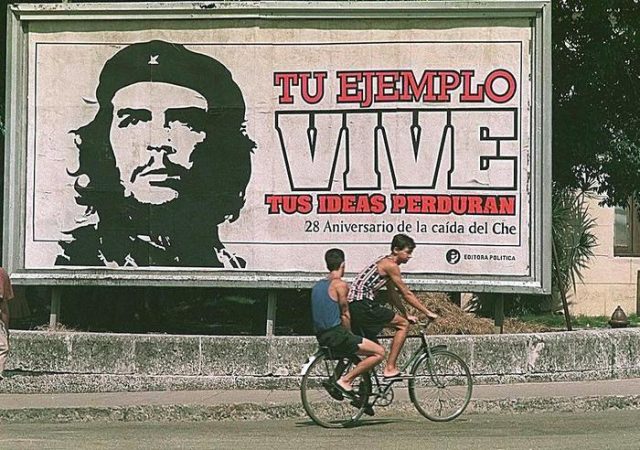 Humanity faces the most extreme challenges it has ever faced. In recent months, the passage of hurricanes Irma, José, Lee, Harvey and María have meant a difficult experience for the Caribbean peoples. The sixth hurricane of the season was called Ophelia. Why common names? And why not Hurricane Trump? The multimillionaire president, that lackey of the multinational corporations, is the perfect symbol of this decadent imperialism which is more dangerous than ever.

Given the cynicism of someone like Trump, Evo Morales’ statements at the Climate Conference in Cochabamba in 2010, find a particular echo in current events: “climate change is the product of the capitalist system (…) or capitalism dies, or the Mother Earth”. Evo also announced bold proposals such as: 1) the creation of a climate justice court, 2) the transfer of war expenses to a budget for the defense of the planet, 3) the abandonment of overproduction and excessive consumption that characterize the capitalist model.

With the acceleration of natural risks linked to climate change, the solidarity of the people is becoming a vital necessity. On September 19, a terrible earthquake hit Mexico and caused 369 deaths. The mobilization of the Mexican people in those dramatic moments was remarkable and may mean a risk for Peña Nieto when the opportune moment arrives. With the presidential elections of 2018 on the horizon, the EZLN has just presented the first Indian candidate in the history of Mexico, María de Jesús Patricio, popularly known as “Marychuy”.

In Latin America, the Cuban people demand respect for their sovereignty and dignity as a precondition for the emergence of a new world. It’s been 50 years since Che ended his journey with us, after being killed by CIA henchmen in Bolivia.

An unavoidable reference for world youth, an icon of contemporary history, Che speaks to us today through his commitment and his revolutionary thinking. The Journal de Notre Amerique was eager to pay a tribute a thousand times deserved. During his election in 2006, President Evo Morales did the same, reviving the embers of the revolution in Bolivia:

“We will fulfil Che’s struggle! ”

*Alex Anfruns is a lecturer, journalist and editor-in-chief of independent media outlet Investig’Action in Brussels. In 2007 he helped direct the documentary “Palestina, la verdad asediada. Voces por la paz” (available with Catalan, Spanish, English and Arabic subtitles). Between 2009 and 2014 he made several trips to Egypt and the occupied Palestinian territories. He has edited the monthly Journal de Notre Amérique since 2015.