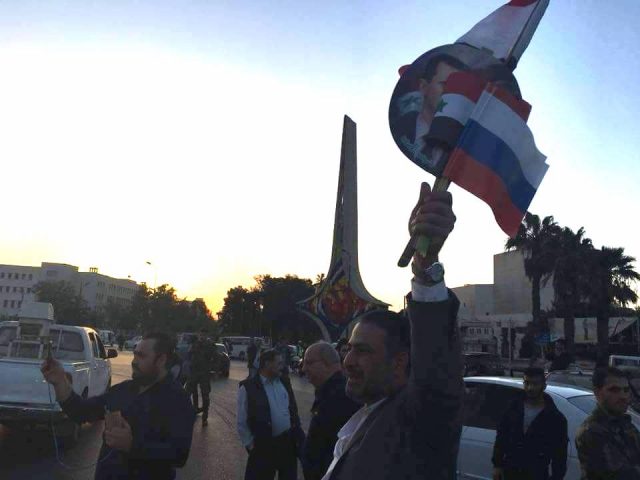 The attack against Syria – this proud and independent country – has just taken place.

Three countries with zero moral mandate to judge or punish anybody; three countries already responsible for hundreds of millions of human lives lost on all continents for centuries, showered Syria with their missiles.

They tried to scare Syria to death, and to break its determination, but they failed. Most of the Syrian people stood proudly by their government.

71 out of 103 of the Western missiles were shot down, and the rest fell on the empty facilities, which have nothing to do with a ‘production or storage of the chemical weapons’. To begin with, Syria has no chemical weapons program and no chemical weapons factories, as well as no warehouses, so nothing could really fall on something that does not exist.

The Russian forces are now on combat alert, while the massive Chinese fleet has left its ports, staging firing drill and exercises near Taiwan, in what many see as a clear warning to the West, and expression of support and solidarity with Russia and Syria. 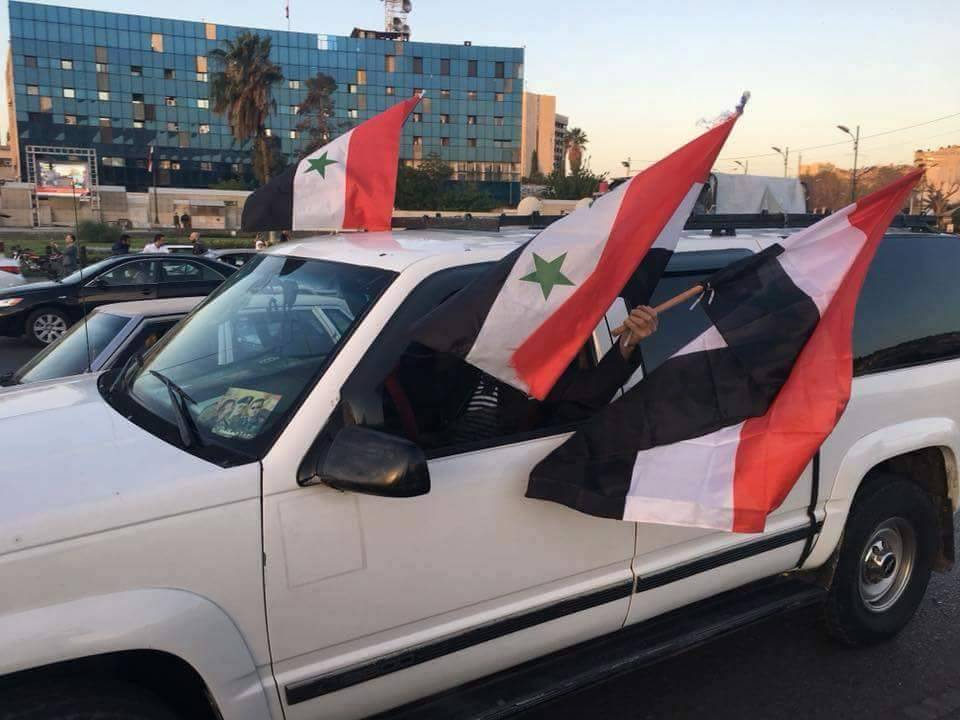 The Syrian Ambassador to the U.N., Dr. Bashar Jaafari, accused the US, UK, and France of blatantly violating the UN Charter. As reported by Syria’s SANA news agency, he declared:

“I would clarify here that the history of these three states is built on using lies and fabricated stories to wage wars in order to occupy states, seize their resources, and change governments in them by force.”

Russia is clearly indignant. As reported by RT:

“While none of the cruise missiles launched by the US and its allies reached the Russian air defense zones, the strikes sparked outrage in Moscow.

Russian Foreign Ministry Spokeswoman Maria Zakharova said the US-led strikes hit a war-ravaged country “that has been trying to survive terrorist aggression for many years.” In a statement posted on Facebook, she compared the invasion to the start of the 2003 Iraq War, which was based on claims that Iraq was developing weapons of mass destruction.”

China opposed the strikes. According to Press TV, it called for ‘return to the framework of international law’:

“Chinese Foreign ministry spokeswoman Hua Chunying said on Saturday that Beijing was “opposed to the use of force” following the tripartite aerial assaults against Syria and called for a “return to the framework of international law.

We consistently oppose the use of force in international relations, and advocate respect for the sovereignty, independence and territorial integrity of all countries,” she said in a statement.”

The voices of protest are mounting, all over the world. 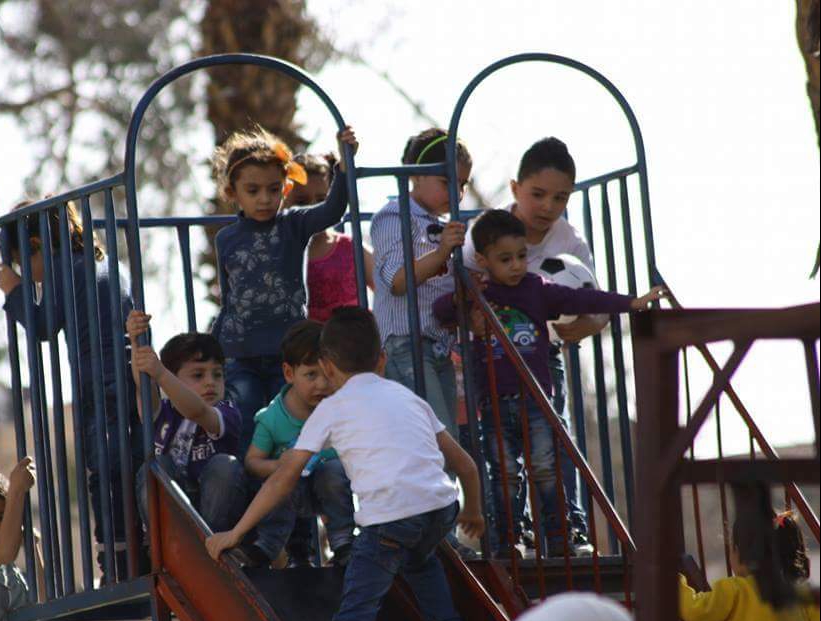 The most important, however, is the reaction of the Syrian people. Confronted with tremendous danger, they are demonstrating both courage and resolve to protect their motherland.

Vanessa Beeley, an editor of the 21st Century Wire, and a veteran correspondent, who has been bravely covering the Syrian war for several years, expressed her admiration for the people of Syria. For this report, she stated:

“Syrian people are celebrating a historic victory in a battle that threatened to take the entire world to war.

This is a victory for Syria using antiquated equipment and missiles that cost a fraction of those US, UK and French ‘Tomahawks’, at $1.4 million each – they repelled a concerted attack from three of most aggressive and powerful neocon nations. The damage was severely limited. This was a costly failure for the imperialists and a show of courageous defiance by Syria in the face of asymmetric force.”

Yes, truly costly (both financially, but above all, morally) and embarrassing failure! 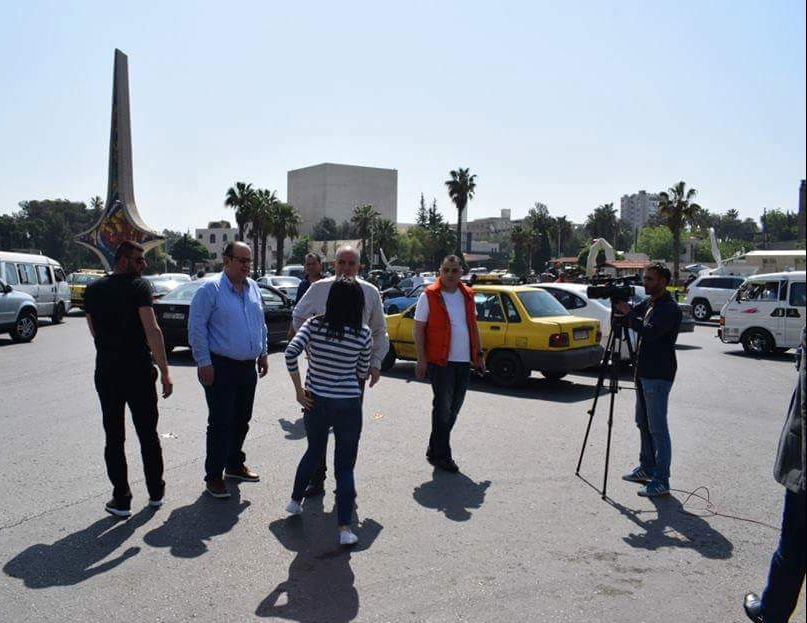 I asked several Syrian citizens from all walks of life to comment on the recent attacks against their country:

From Ms Fida Bashour, an economist from Damascus:

“I was scared when I woke up but now things are better. I went out to the city center in the morning and just came back home. Things are actually fine and yes, we will win!” 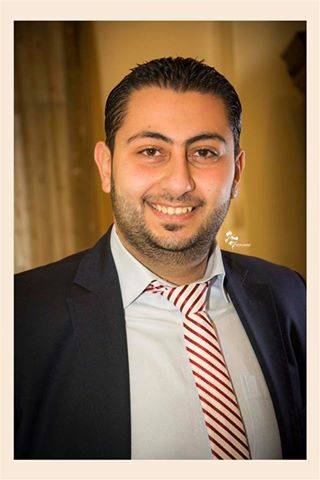 From Mr Essa Tahhan, an engineer from Aleppo:

“The people of Aleppo, and other Syrian governorates condemn the American attack on Syria … Americans claim that they believe chemical weapons were used in Duma …That was a justification for the attack. This morning people gathered in Saadallah Jabri Square to condemn this assault … and they support the Syrian army, which confronted it. Before the attack, people had already been inventing jokes against President Trump, just to have fun… For example, a university student wrote on his Facebook page: ‘Will you Trump beat Syria tomorrow? Because I have an exam to take tomorrow at my university … so if you plan to attack, I should not study and instead prepare myself for you.'”

From Dr Hiam Bashour. She is a medical doctor working and living in Damascus:

“I am very angry after the night of horror that we had to live through. It all makes me feel furious… After seven years of lies being spread against Syria.  In spite of everything, Syrian people are resilient and will continue to love the country, fight for the country, and unite for the country.

Tens of thousands of caricatures are now making fun of the situations. They have been going around on the social media and through the WhatsApp groups, for the past three or four days. These drawings clearly reflect the irony of this war. We know, we realize how sad all this is, but it is an innovative way of the Syrian people to cope with this irony, sadness and brutality.”

“I was awoken at 4am hearing a very loud sound of an explosion. My house was shaking terribly. I immediately checked FaceBook and realized that we were under attack. Trump is such a fool to think he can destroy us. He can attack us again and again, but we will not surrender.”

Two Syrian students in Damascus expressed their support for the government, as well as for the Syrian armed forces:

“We were horrified when we heard the explosions last night, but we have faith in our army and in our leadership and as we all know now, the Syrian army succeeded in shooting down most of the missiles. We consider this to be our victory. And we see it as a humiliation of the attackers “

“Today is a day off for most Syrians but we are all out in force, to show our support to the army and to our government. We do not fear their missiles and we will always shoot them down if they come. Syria has gone through through a horrible war for the last seven years, and now this latest attack would definitely not manage to break our spirit.”

The following simple but powerful analysis, based on pure logic, were shared with me by a close friend; a young Syrian intellectual, who prefers to remain anonymous:

“One of the biggest lies both France and the United States are busy spreading, is that they targeted a chemical weapon research facility and a warehouse designated for storing these weapons. The research facility is located inside the city of Damascus, and if it would really be a facility for producing chemical weapons, then we should have seen a lot of people being killed after the attack, due to the leakage of those chemical materials. But no one died from any leakage, which clearly proves that the West lied.

Also, the warehouse the West targeted is located in the surroundings of the city of Homs, also in the midst of a heavily populated area, but no one died from the leakage there either. Again, it proves that the warehouse was not what the West claims it was.” 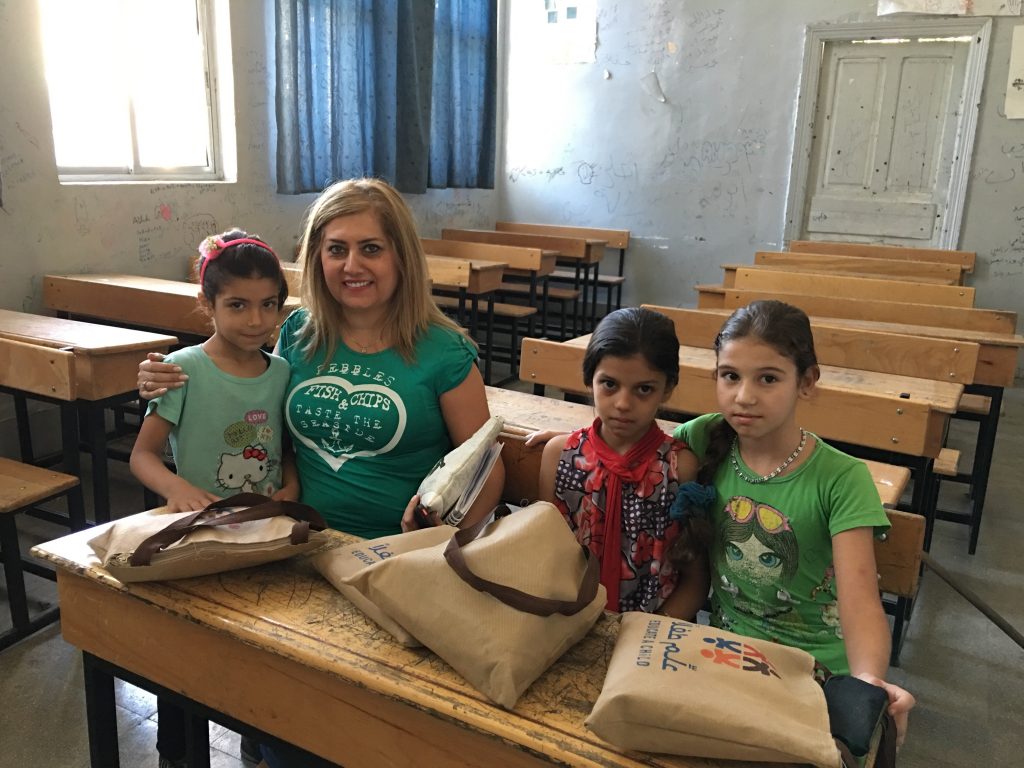 Fida with Palestinian children in Damascus

Instead of falling on their knees, (as the West expected them to do), just a few hours after the attack Syrian people flooded the squares, parks and avenues, dancing on the streets, waving their national flag and celebrating.

In many places, Syrian and Russian flags were flying side by side. They still are. And they always will.

Syria! It is a nation that does not know how to beg, a nation of brave men, women, and children. It will not be defeated, and its victory may soon become the first nail in the coffin of the Western expansionism and imperialism.

Photos: by various Syrian individuals who are happy to share them with the world / Cover: Umayyad Square Damascus – Syrian and Russian flags

Strikes in Syria: ridiculousness does not harm the powerful