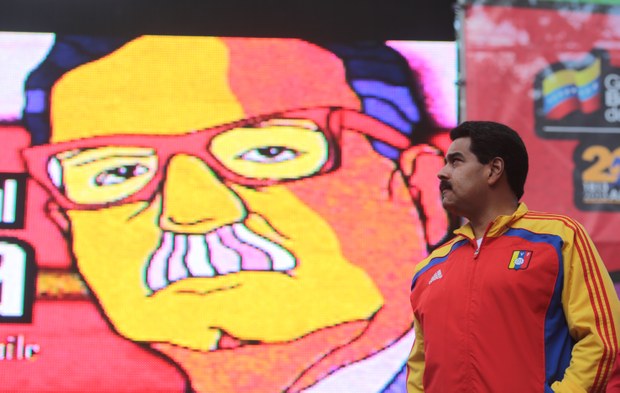 “To wrongly name things is to add to the world’s ills”. Let us adapt this quote attributed to Albert Camus to the Venezuelan contest. It would be something like “to recognise a parallel president is to serve the interests of foreign powers”. It seems like there have not been enough wars and refugees. In truth, who authorised France or Spain to appoint Guaidó as president of Venezuela, if not the controversial Donald Trump, US president?

By recognising Guaidó as interim president of Venezuela, French foreign minister Jean-Yves Le Drian is following the same interventionist foreign policy that has yielded excellent results in Libya or Syria, as anyone can confirm. Have there not been enough wars and refugees? Let us take the example of Honduras. Edwin Espina, does the name ring a bell? This young Honduran activist has been in jail for a year in the inhuman prison cells of the Juan Orlando Hernández regime. His crime is to have denounced the electoral fraud at the end of 2017. Ten years ago, the US played a decisive role in the coup against Mel Zelaya, and since then, the situation in Honduras has gone from bad to worse. For months, thousands of Hondurans have been fleeing the country. But since Honduras hosts an important US military base, it is referred to as a “democracy”.

Leaders like Emmanuel Macron and Pedro Sanchez have shamefully bowed before Trump and insulted the national sovereignty of French and Spanish peoples by announcing they would recognise Guaidó at the end of the eight day deadline they gave president Maduro. How did we get here? The United States has disregarded the United Nations principles by introducing the notion of “responsibility to protect”. In other words, legitimising intervention under the pretext that a government would attack its own people. The formula is not foolproof, but is has worked several times.

During the February 2nd rally, Guaidó announced that “humanitarian aid” would soon arrive from Cucuta, the Colombian town right on the Venezuelan border, known as a transit point for all kinds of smuggling and for the presence of paramilitaries. The goal of the US is to use Colombia, or even Brazil, to re-create the pattern of “humanitarian corridors” that was put in place during the Syrian conflict. And, under the guise of delivering aid, traffic weapons and infiltrate mercenaries. Soon after this demonstration, national security advisor John Bolton called on the leadership of the Venezuelan army to execute a coup. The US would rather not intervene to blatantly, and that is where lackeys come in handy.

Meanwhile, in Avenida Bolívar, a massive chavista march against foreign intervention and in defense of the 20 year legacy of the Bolivarian Revolution was held. At the same time, as everyone saw, the streets of France were perfectly calm, and the yellow vests have grown bored of the cold and the humane treatment by the police. Carry on, nothing to see here. The crisis is over there in Venezuela. And if reality does not match the news, then the trick is to stoke the flames from abroad. US vice-president Mike Pence knows a thing or two about this. He insisted that all options are on the table, including bombing and destroying an entire country as was done in Iraq, because “it is not the moment for dialogue, but for action”… What is that you say? That tens of thousands took to the streets in France demonstrating against repression, because they no longer support Macron after a mere year and a half in office? Nonsense.

It does not take a seasoned journalist or intellectual to understand that Venezuela is now the stage where the future of humanity is being played out. Either a world in which imperial chaos reigns, or one with a multipolar balance that respects the United Nations.

Source: Journal of Our Americas