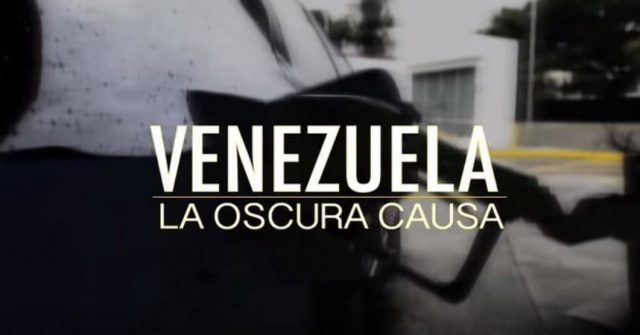 Oil is the root and prized goal of the U.S. effort to destabilize Venezuela today. So says Calvo Ospina through interviews with historians, economists, journalists and an oil expert.

How much oil? U.S. Geological Survey says Venezuela has 28 percent of the world’s recoverable oil reserves. According to Carlos Mendoza, Venezuelan oil expert, only 4 percent of the reserves have been developed. Venezuelan oil fields established as long ago as 1913 are still producing half a million barrels of oil per day. Other fields have produced since 1925, 1930 and 1956.

The late President Hugo Chávez Frias and his successor Nicolás Maduro Moro are not the first Venezuelan leaders to attempt to use Venezuelan resources for national development. In 1904 President Cipriano Castro expropriated the New York & Bermudez Company, which had been exporting Venezuelan asphalt since 1885 without any significant payment to the country. This president was deposed, with the support of the U.S. Navy, as were numerous later presidents who challenged the imperialists or the Venezuelan oligarchy.

This history is key to understanding the current so-called “humanitarian” crisis in Venezuela, manufactured by Washington.

The addition of that seemingly minor word lays the basis for military intervention by the U.S. The intervention could be direct. Or it could be through the U.S. regional surrogate regime in Colombia, Venezuela’s neighbor and home to seven U.S. bases.

The collusion of the capitalist corporate media in manufacturing the lie has been denounced by the president of Telesur, who points out U.S. reporters are assigned to cover lines outside stores and shortages, not the people’s power growing in the country.

Like the lies about weapons of mass destruction that preceded the disastrous U.S. invasion of Iraq, the false, calculated images of instability and shortages become an excuse for political and military intervention or for potential secession of the oil-rich Maracaibo region.

Latin America and the Caribbean are pushing back against imperialism’s offensive to overturn popular advances in what the U.S. considers its “backyard” — Bolivarian Venezuela, Bolivia, Ecuador and Cuba. Also targeted are the Community of Latin American and Caribbean States as a Zone of Peace,  the People’s Trade Treaty of the Bolivarian Alliance for the People of Our America, and Petro Caribe.

These initiatives and experiments in cooperative development and trade have inspired hope around the world by spreading literacy, health care and the uplift of the disenfranchised, Indigenous, African descendants, women, LGBTQ (GBTQi) and gender nonconforming people.

Paul Gillman, a rock musician, explained that the Venezuelan rulers hated Chávez because he was Black, without a degree and not part of the bourgeoisie: “He made visible the invisible people, that 80 percent who were poor, the 40 percent who lived in extreme poverty. Chavez gave voice, vote and power to the people.”

Has the mutlifaceted media campaign against Venezuela made you wonder what is going on there? The documentary, “Venezuela, the Shadow Agenda,” exposes imperialist machinations and arms us with facts and history to defend President Maduro and Venezuela. USA/CIA, hands off Venezuela! 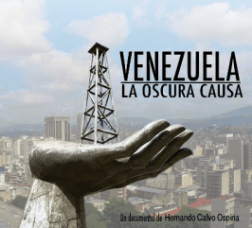