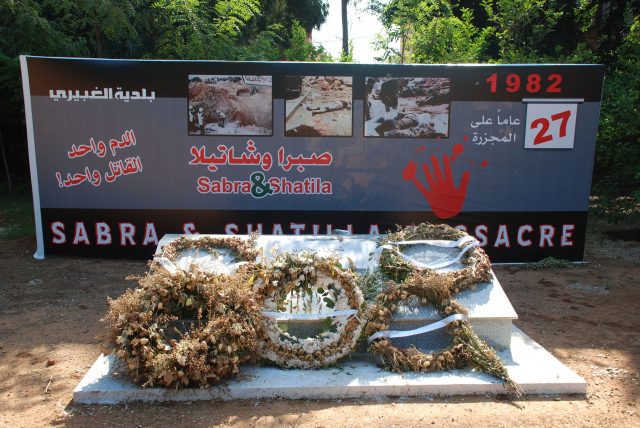 America the bastion of free media? On World Press Freedom Day, that concept falls flat when it comes to Israel

Some will no doubt view the occasion as a bit of a joke given that the current leader of the so-called free world is a US President committed to waging war on the media.

But while Donald Trump may appear to constitute a departure from business as usual in a nation that has so diligently marketed itself as a bastion of freedom of the press, thought, expression, and all that good stuff, the US media has never exactly been free.

After all, in addition to performing regular cheerleading functions on behalf of military and corporate conquest, American news outlets have also upheld an enduring red line: criticism of Israel, the Middle East’s lovable democracy-that-isn’t.

Consider an anecdote recounted by the New York Times’ Thomas Friedman, himself a dedicated Zionist who nonetheless happened to mention “indiscriminate” Israeli shelling of West Beirut in an article in 1982 – when Israel’s invasion of Lebanon killed some 20,000 Lebanese and Palestinians, the overwhelming majority of them civilians.

As Friedman tells it, his editors removed the word “indiscriminate,” after which he penned a memo accusing them of cowardice. Former Times executive editor AM Rosenthal then “exploded at [Friedman’s] insubordination” and scarily summoned him to a meeting, which ended up being a “long, emotional lunch, with tears on both sides” and a $5,000 raise for Friedman.

The lunch culminated with a “bear hug” from Rosenthal and the warning: “Now listen, you clever little !%#@: don’t you ever do that again.”

‘Never saw the light of day’

The year 1982 incidentally played host to a rare spike in press freedom with regard to Israel – a momentary mini-glasnost, you might say.

In a recent email to me, former chief Middle East correspondent for ABC News Charles Glass explained that “there aren’t any American correspondents who were in Lebanon in the 1970s and 80s who didn’t have fights with their producers and editors in the US” over coverage of Israeli behaviour in the region.

“The window [for critical coverage] opened immediately after Sabra-Shatila in September 1982” – the three-day Israeli-backed massacre of up to several thousand Palestinian refugees in Beirut – “but it closed again soon after”.

Case in point: in 1984, Glass filed a report to ABC News on the subject of Israeli death squads in south Lebanon – a newsworthy topic, no doubt, particularly in light of hefty US financial flows to Israel.

“That piece never saw the light of day, although no one would say why,” recalls Glass. “The piece was solid, [with] lots of eyewitnesses, including from the UN, and forensic evidence.”

After being continually postponed by a producer in New York on account of allegedly more pressing news items, the report was eventually discarded altogether for being “out of date”.

Meanwhile, the ephemeral mini-glasnost of 1982 had produced an even more militant censorship crowd in the US. The website of the Committee for Accuracy in Middle East Reporting in America (CAMERA), an Islamophobic outfit founded that year in Washington, DC, notes that its birth came about in response “to the Washington Post’s coverage of Israel’s Lebanon incursion, and to the paper’s general anti-Israel bias”.

Of course, these are folks who – if they put their minds to it – would manage to detect “anti-Israel bias” in Benjamin Netanyahu himself.

And CAMERA, it bears reiterating, is merely one of a smorgasbord of entities and individuals throwing money and influence around in order to equate the slightest critique of Israeli atrocities with anti-Semitism and to otherwise impede rational discourse.

Let’s recall one prominent contemporary atrocity: the 2014 murder by Israeli air strike of four young Palestinian boys playing football on a Gaza beach – an anti-highlight of Israel’s 50-day assault that ultimately dispensed with 2,251 Palestinian lives, 551 of them children.

The corresponding New York Times headline proclaimed: “Boys Drawn to Gaza Beach, and Into Center of Mideast Strife”. This is more or less the equivalent of “Man Collides With Bullet, and With It Existential Questions” or “Pig Materialises Under Butcher Knife, Raising Age-old Issue of Food Chain Hierarchy”.

Granted, the Times headline could have been even worse had the paper adhered more closely to Israeli PR traditions – e.g. “Pig Launches Heinous Terror Attack Against Butcher Knife and Is Killed In Self-Defense”.

During an appearance on Democracy Now! in the middle of the 2014 war, Noam Chomsky lambasted the American media for its diligent reproductions of the Israeli line: “[W]e don’t really have to listen to CBS, because we can listen directly to the Israeli propaganda agencies… It’s a shameful moment for US media when it insists on being subservient to the grotesque propaganda agencies of a violent, aggressive state”.

This shame extends, naturally, to a US governing establishment that has devotedly cultivated its own predilection for grotesque violence and that finds a good deal of political and economic value in Israeli policies of murderous plunder.

And World Press Freedom Day is as good a time as any to reflect on that.