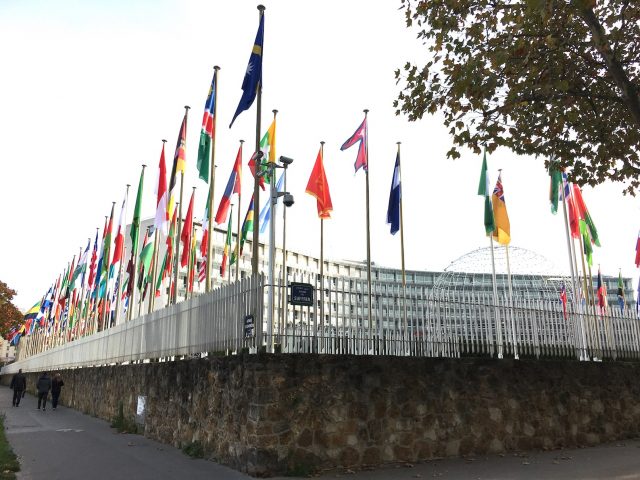 What just used to be rumors, suddenly, became official facts. The Government of the United States of America, which for years and decades has been sick and tired of the ‘rebellious UN agency’, decided to leave it, slamming the door behind its back.

In its official Press Statement, the U.S. Department of State declared:

“On October 12, 2017, the Department of State notified UNESCO Director-General Irina Bokova of the U.S. decision to withdraw from the organization and to seek to establish a permanent observer mission to UNESCO. This decision was not taken lightly, and reflects U.S. concerns with mounting arrears at UNESCO, the need for fundamental reform in the organization, and continuing anti-Israel bias at UNESCO.”

“Good riddance!” several members of the United Nations Educational, Scientific and Cultural Organization exclaimed in front of me, but of course off-the record. No statements of that nature were produced in public, although the Director-General Irina Bokova made sure to demonstrate her disappointment at the US decision:

Shamelessly, since 2011, the U.S. has been literally ‘starving’ UNESCO. Its unpaid dues have mounted to approximately half a billion dollars, sharply reducing the organization’s ability to operate effectively in some of the toughest and most devastated parts of the world, including Syria, Yemen, and Sub-Saharan Africa. Perhaps that was the goal, as UNESCO has been working closely with several countries and areas that the West has been trying to de-stabilize, and even destroy. But an official ‘justification’ of the Empire reducing and even stopping flow of funds: UNESCO member states voted to recognize Palestine as a full member the organization.

Of course the member states voted democratically and independently, and their choice had nothing to do with the leadership of UNESCO. But the Western Empire is so used to the fact that all the democratic aspiration of people and nations all over the world are regularly oppressed on its behalf, that it could not ‘forgive’ UNESCO for accepting results of the vote, and yielding to the will of its member states.

‘Untouchable’ Israel, with countless despicable crimes against humanity that it has been committing for decades, as well as its appalling apartheid regime, are fully backed by the U.S. and most of its Western allies. 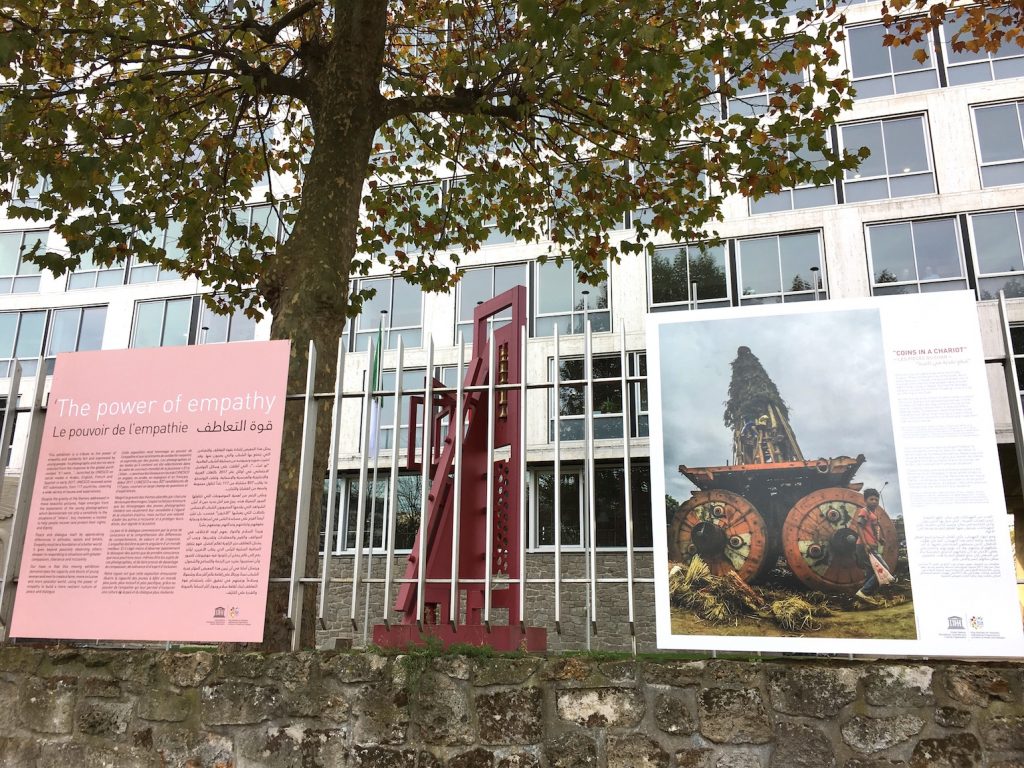 “The Power of Empathy” (photo by Andre Vltchek)

UNESCO on the other hand has for decades been something of a ‘black sheep’ inside the mostly obedient family consisting of submissive (to the West) U.N. agencies. An intellectual and internationalist institution encircled by mostly technocratic organizations, it has been nevertheless ‘infiltrated’ by great Cuban and other progressive Latin American educators and thinkers (including such individuals as Argentinian writer Julio Cortazar), by socially oriented scientists, and by illustrious cultural figures from all corners of Africa, Asia, Latin America and the Middle East.

Its first Secretary General (since 1946) was, after all, Sir Julian Sorell Huxley, the renowned British evolutionary biologist, eugenicist, and internationalist, and the brother of Aldous Huxley, the author of “Brave New World”.

It is essential to remember that Julian Huxley’s term of office, (six years in the Charter), was cut down to just two years at the request of the U.S. delegation. It was obviously because of his left-wing beliefs and internationalist principles. Before being literally ousted, Julian Huxley published a 60-page long essay “UNESCO – It’s Purpose and Philosophy”, which managed to become the organization’s official document, as well as one of the great internationalist manifestos of the 21st century.

From the outset it became apparent that the United States was going to be unwilling to leave the organization ‘in peace’, and allowing it to serve its (mostly poor) member states. The West turned its policy towards UNESCO into some sort of ‘policy of revolving doors’. The U.S. left the organization during Reagan era in 1984, claiming that UNESCO “showed hostility towards free market”, among other things; the U.K. walked out during the reign Ms. Thatcher. The era of manipulation and Western imperialist control was far from over then, as it is far from over even now. 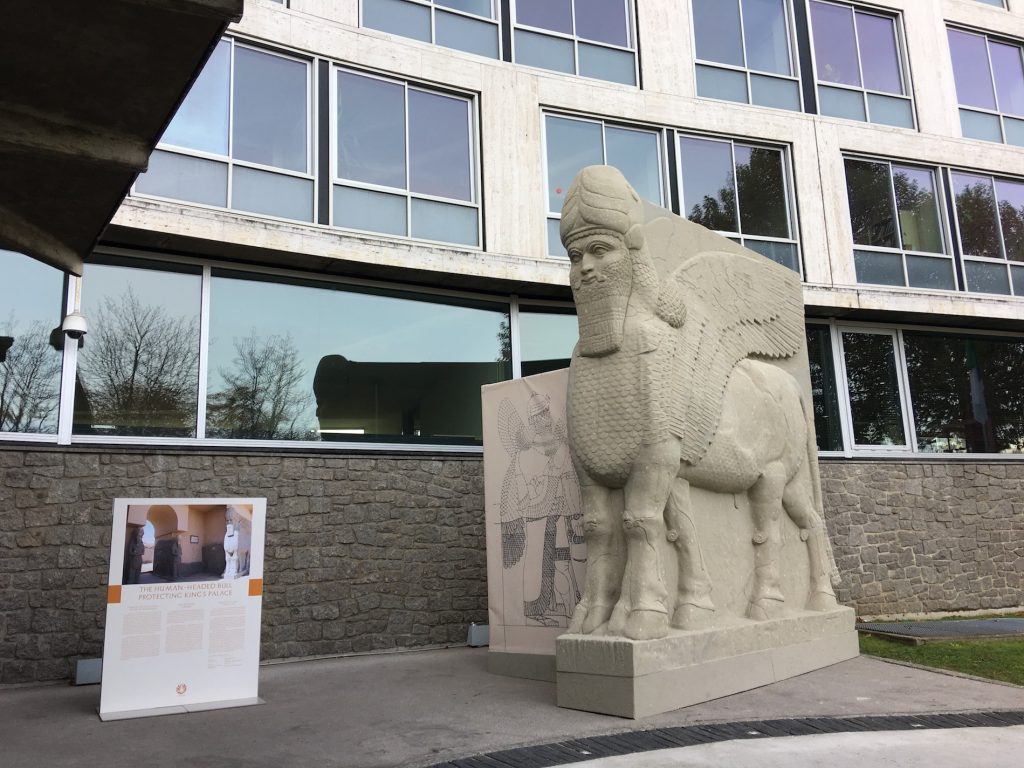 Like parrots, most of the major US and UK-based newspapers have been reprinting the same clichés and empty lines about UNESCO being “known for designating World Heritage sites such as the ancient city of Palmyra in Syria and the Grand Canyon National Park.” I read this in 10 different mainstream publications. In fact, there are more than 1,000 places, as diverse as the Sunderbans in Bangladesh and the Complex of Koguryo Tombs in North Korea, included in the ‘world heritage sites’ list. But that is not the point! To protect and help to maintain these sites is just a tiny fragment of UNESCO’s activities.

The Western mainstream media patently refuses to acknowledge the main reasons why UNESCO is continuously battered by the West and its allies, including Israel and Japan. That core reason is: the organization’s attempt to break cultural hegemony of a handful of imperialist and capitalist countries that are ruling the world. And that hegemony encompasses culture, education and yes, even the science.

Following the U.S. lead and example, the state of Israel is now also threatening to leave UNESCO, soon (or is it the other way around, really?). Japan has ‘withheld’ its contribution; right after UNESCO inscribed (in 2016) the Nanking Massacre into its powerful program – “Memory of the World”.

For years, I have been enjoying a professional and intellectual association with the organization.

The situation inside UNESCO is increasingly maddening. There are still dozens of great thinkers in its ranks, many true internationalists, but UNESCO is being prevented from flying, from achieving its full potential. It still manages to do great work in the Middle East, in Afghanistan, in Africa, and in many other parts of the world, but it is doing it despite regular interference from the Western countries.

To keep UNESCO at bay, the West, particularly the United States, is using money as a weapon. But UNESCO so far refuses to budge: on Palestine or on the Japanese atrocities in China. Compared to other UN agencies, it is often cash-strapped, but at least it does not seem to have blood on its hands.

Recently, the executive board of the organization elected a new Director-General. Virtually every Western country had sidelined the highly respected candidate from China. A Moroccan-French lady, of Jewish descent was elected. Rumors circulating at UNESCO are that the U.S. may wait and see how things will turn out, and only then decide whether to leave the organization after all.

“Bastards are bluffing; they will not leave after this vote for the new DG,” one of the senior staffers of UNESCO sarcastically declared. She, naturally, did not want to be identified.

“No pasaran!” proclaimed a leading educationalist of the organization, without any hesitation or any further comment.

UNESCO is perhaps ‘starved’, suffering from malnutrition, but its brain is very clear. It has still plenty to say and do. The West is horrified, thinking that the organization may get on its feet again, and snap at the Empire’s plans to brainwash the world by means of ‘culture’ and ‘education’.