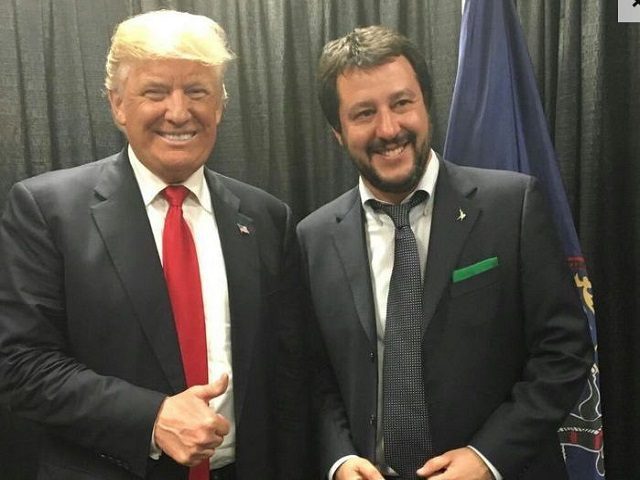 Among all European nations, Italy after the Second World War has been one of the most faithful allies to the US government. America’s influence on our society has been steady and significant—not only on the political and military level, but also on the cultural level, in terms of lifestyle and consumption.

The only variable in this process has been time. Sometimes US political and cultural trends would arrive in Italy only after a number of years, while in other cases the process of imitation developed very fast.

If we look at economic policy, we can see this phenomenon in the case of Reaganomics, as neoliberal policies and the first dismantling of public welfare, which took hold in the United States ever since the late ‘70s, arrived to Italy 15 years later, with Berlusconi’s rule.

This ideology has slowly dug into the political fabric in Italy, gradually contaminating the so-called leftist government, which over the past two decades has been chameleon-like, constantly changing both in name and political color.

By contrast, ever since the rise of Trump to the office of president of the United States, there has been an immediate process of political imitation in Italy, and today it is safe to predict that the success of the right-wing political alliance in the coming elections (at least in terms of the raw vote percentage) will be based on its strong convergence with the slogans, goals and political program of Donald Trump.

This is no longer the Forza Italia right of the ‘90s, a little self-aggrandizing and neoliberal on a personal level, nor the “separatist” right of Bossi, but rather a right-wing alliance very similar to those that are gaining popularity throughout Europe, with Trump as their guiding light.

Indeed, looking beyond the small differences between the three parties making up the alliance (Forza Italia, Lega Nord and FDL), they are in fundamental agreement on the three cornerstones of “Trumpian” politics: a tireless fight against immigration, the freedom to arm oneself and kill if someone threatens one’s private property, and a flat tax that would give the rich the right to remain just as they are, which is supposed to boost the economy.

The biggest difference we can clearly see lies in the hair color (an orange comb-over versus brownish implants).

As for substance, the main differences can be traced to the different international stature and politico-economic and military clout between the two countries. If the Trump governing program will continue to be enacted along its current path, the US will face an exponential growth in its public debt.

That is not a big concern, as long as capital from around the world continues to do what it has always done: come to the New York Stock Exchange, or invest in real estate and companies based in the land of stars and stripes.

However, if this growth in public debt were to cause worries in the realm of Big Finance, it is more than likely that a further devaluation of the dollar would occur, together with a corresponding major collapse of Wall Street, with all that goes with it.

Likewise, in Italy, if the “Trumpian” program (a neologism that we will have to learn by heart) is put into practice, the later growth in public debt, arriving exactly at the stage when Draghi’s policy of quantitative easing is coming to an end, will lead to history repeating itself: the deficit rising out of control, and Brussels intervening with a heavy hand against our government, which will once again be able to play the part of the victim.

At this point, a wide range of scenarios are possible, and the “sovereignist” political class will have to either bend to the will of the EU technocrats or turn directly to the US president, reminding him of their transatlantic loyalty and making a show of it by walking with a sign around their necks reading “Yes, we Trump.”