“Turn the Guns Around” – Interview with John Catalinotto (Part 1) 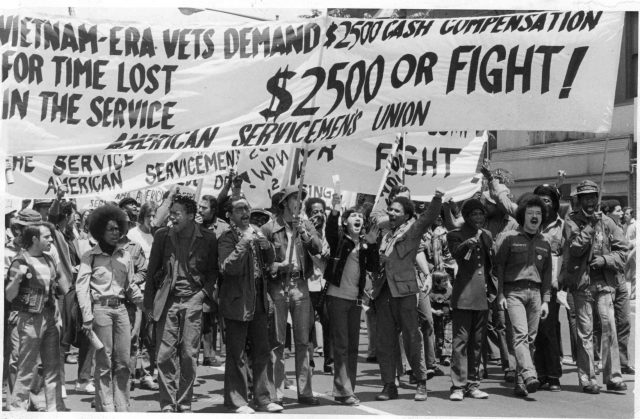 American author and socialist activist John Catalinotto granted an exclusive interview to Investig’Action to talk about his new book, “Turn the Guns Around”. We discuss the resistance to the Vietnam War from within the US army and historical soldier revolts that were decisive in revolutionary uprisings, turning “a weapon of oppression into a tool for human liberation”, and what progressive forces can learn from this.

(First part of the interview with John Catalinotto. For the second part see here)

You have published a new book, “Turn the Guns Around”. Can you give us a general idea of what it’s about?

“Turn the Guns Around” is a history, and it’s a history in two ways. In one way it’s a history of the period between 1962 and 1975, when the US was carrying out a colonial and anti-communist war against the Vietnamese people. And during that war, a movement that was opposed to war, that was opposed to racism, grew up within the US armed forces. This caused an enormous amount of problems for the Pentagon and for the officers of the military. It forced them to really change a lot their policies. This movement played a role in the victory (defeat from the US government’s perspective) in Vietnam. Of course the greatest sacrifice and the greatest struggle was waged by the Vietnamese people themselves, but the opposition inside the US military played a role in that final victory.

The other way is that I brought up other historical events where movements inside the military led to actual political or social revolutions, or combinations of those, which included the Paris Commune, the two Russian Revolutions of 1917, the revolt of the German North Sea Fleet in 1918 and the revolt inside the Portuguese military in 1974. And I did that in order to provide for new generations of activists in the United States an understanding of what the capitalist state is, and of the relationship between the military and the state. So it’s a history that combines those two ideas.

There was a well-known opposition to the Vietnam war in “civilian” contexts (e.g. University campuses), but you explore a lot the opposition from inside the army, for instance the American Servicemen’s Union (ASU). Can explain how it came about and what it did?

The opposition was first seen on the campuses, with organizations like Students for Democratic Society. But these were all people of the same age as the young men in the US military. And all the youth rebellion, the antagonism between generations, the struggles that took place, especially the struggle of the Black Liberation Movement of the mid to late 1960s, all of those spread to the military too. They were not separate from it. You could argue that the military was more concentrated working class, whereas on campus you had people from more privileged sectors of society. But the situation in the United States was much more economically secure for people in those days, even for the working class.

But the opposition began to show, with individuals in the military in 1966 and 1967, and it immediately spread. And the ASU, which is what our political tendency (1) organized, and which played a very big role in the GI movement, was not all that there was either. There was a very broad, spontaneous movement. There also was a movement of people who set up what they called “coffee-houses” near military bases, where GIs could come and get away from the military discipline. All this was going on at the same time. The ASU, as a union inside the military, had a special role, because even though it was called a union, it was an organization that had its own structure, and therefore was in competition with the chain of command of the military. The military depends upon its chain of command, and on the low-ranking soldiers going out to fight and die. Or fight and win, they hope. But in order to function, the military needs to have that kind of discipline. If they have a different organization that is representing the soldiers then it’s a competition for the state.

Two examples from the ASU newspaper “The Bond”. The speaker on the right in the right picture is John Catalinotto

How should we understand this competition?

You should see it as a class struggle that takes place inside the army. If the ASU has the loyalty of the mass of the troops, they can stop the battle. In some places, some units of the US military did refuse to go into battle. And this can also be seen by the composition of the movement. It had some individual officers, who were war opponents, but the ASU was made almost entirely of privates, low-sergeants, etc. There were no professional soldiers and no officers.

What were the consequences/reprisals against the ASU and everyone else inside the army who opposed the war?

Right, because it wasn’t just the ASU that was picked on. Anybody who did any act of dissent might get severe punishment. But the punishment was not systematic in all places. A lot would depend upon the general in charge of the military base in question. It also changed during the course of the war. For example, there were two young men who gave out leaflets calling for a union, I think it was the end of 1967, or beginning of 1968. And they got 3-5 years in prison. Other people, a couple of years later, punched their officer, and they got a month in the stockade before getting thrown out. It varied, and it depended on the timing a lot. Because once you got to 1971-72, the army’s way and the military’s way of handling dissidents was more to try and get them out, rather than try to punish them.

By then there was a lot of pressure on the Pentagon…

Yes, indeed. The war was tremendously unpopular among the civilian population by that time, 1971. And the government of the US was beginning to wind down the ground war from the point of view of the number of US troops. They were pulling troops out of Vietnam, so they no longer needed to feed bodies over there. So the troops would come home from the war, and they might have 3 or 4 months left in their military service that they were supposed to serve in the US, but the military would cut them out early. Because if they kept them around the base, they would cause problems for the officers and spread their anti-officer attitudes to the new recruits. 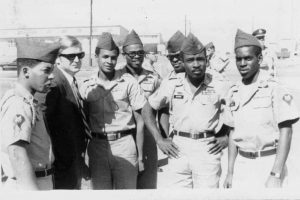 In 1968 a group of black soldiers at Fort Hood refused riot duty. John Catalinotto and the ASU helped organise their defence. (Photo by Ellen Catalinotto)

You also mentioned that there was an intertwining between the anti-war movement and the black liberation movement. There was this famous case of Ali refusing the draft. Can you talk a bit about that?

Ali had a big impact on the soldiers. This was in April 1967, the same month that Martin Luther King made his first anti-war speech, then Ali refused the draft. It had a big impact throughout. It had a big impact on the young man (who happened to be white) who was the leader of the ASU, Andy Stapp. It had a bigger impact even on the black population, who in general were more opposed to the war than the whites were at the beginning, but everyone was after a while. But also, black people were directly involved in a struggle for their rights in the United States. There were rebellions going on in the major U.S. cities. And the most exciting organization was the Black Panther Party, which partly got its reputation because they carried guns in a demonstration in Sacramento, California and they confronted the racist police. So a lot of Black veterans of the military, and Vietnam in particular, looked towards the Black Panther Party as something that they might want to join.

One of the elements that you gather in the book are letters from GIs. What do they show?

The ASU put out a monthly newspaper of 4 pages, sometimes 8, called The Bond. And 1 or 2 pages would be of letters from GIs. And it was always the most popular segment of the paper. I’ve picked out three of them and I’ll read you some excerpts, I think they will give you an idea. I published about 80 or 90 in the book, we published about 1200 in the course of the life of the ASU, and we must have received 10 times as much. It used to be the most exciting part of my day, running over from my job during lunch hour to see what kind of letters had come in! And these letters also show how the situation is evolving in Vietnam: 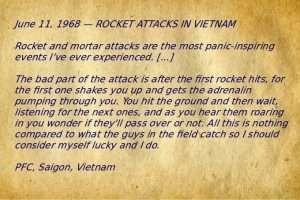 Now this second one is interesting because the 196th was once on the frontpage of the New York Daily News as being a unit where 60 troops refused to go into the field when they were ordered to. 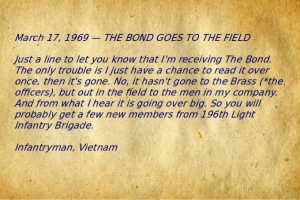 There’s one more, a rather short one, it shows you even another kind of progression: 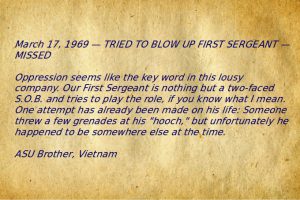 (1) The Workers World Party, a revolutionary socialist party formed in 1959 that has consistently fought against imperialism and for the liberation of oppressed peoples, both in the US and around the world.

John Catalinotto has been active in anti-imperialist politics since the October Missile Crisis in 1962. From 1967 to 1970 he was the political organizer for Workers World Party in the staff of the American Servicemen’s Union. Since 1982, he has been managing editor of Workers World, the last pro-communist newspaper still published weekly in print in the USA. He was a co-organizer of the Yugoslavia War Crimes Tribunal in New York in June 2000 and the Iraq War Crimes Tribunal in New York in 2004, both with the International Action Center, a U.S.-based organization founded by Human Rights activist Ramsey Clark. Before Turn the Guns Around he had edited and contributed to two books, Metal of Dishonor (about depleted uranium) and Hidden Agenda: the U.S.-NATO Takeover of Yugoslavia.

“Turn the Guns Around” – Interview with John Catalinotto (Part 2)

The anti-Trump protests: How do people become revolutionaries?