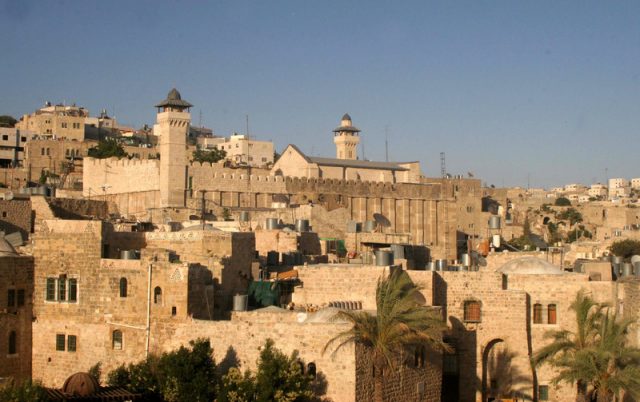 Donald Trump’s “America First” foreign policy was on full display Thursday when the State Department announced that the United States is withdrawing from UNESCO over the United Nations cultural body’s supposed “anti-Israel bias.”

Under President Barack Obama, the US had already cut funding to the agency because of a US law that restricts support to UN bodies that recognize Palestine as a state.

UNESCO head Irina Bokova expressed regret at the US decision.

Bokova has previously bent over backwards to appease Israel, including by echoing its false claims of anti-Israel bias at UNESCO.

The extent to which US leaders are willing to serve Israel is demonstrated by a simple thought experiment: it’s impossible to imagine the US pulling out of any world body citing an “anti-Canadian,” “anti-British” or an “anti-French” bias. Even though they are among the closest US allies, such a move would immediately subject the president to accusations from his virulently nationalistic base of putting foreign interests before American ones.

Yet President Trump is likely to hear much praise, and not only from the more right-wing segments of the American establishment.

In April, all 100 US Senators signed a letter endorsing the myth that the UN has an “anti-Israel agenda.”

This means there is not likely to be much critical examination in such circles of the bogus claims of anti-Israel bias.

In recent months, Israel and its supporters have falsely claimed that UNESCO resolutions have undermined Jewish connections to heritage sites in the occupied West Bank, including East Jerusalem.

A year ago, Israel attempted to have Jerusalem’s Old City, the site of the al-Aqsa mosque compound, removed from UNESCO’s list of endangered world heritage sites.

That effort came as groups that call for the destruction of the al-Aqsa mosque and its replacement with a Jewish temple intensified their activities, often with Israeli government funding and support.

The Israeli attempt came two weeks after UNESCO had voted to condemn the myriad well-documented ways Israel violates the rights of Palestinian and Muslim worshippers at al-Aqsa mosque and threatens the architectural integrity of the compound.

Israel falsely claimed that the vote denied a Jewish connection to the al-Aqsa mosque site that Jews call Temple Mount.

As a result of that vote, Israel launched a global smear campaign against UNESCO, even likening it to the Islamic State group, or ISIS.

Some UN officials caved in to the Israeli bullying and distanced themselves from the resolution.

But in May, UNESCO passed a resolution that, in line with international law, called Israel’s annexation of East Jerusalem “null and void” and demanded that Israel halt excavations and other works in the city.

The only thing that UNESCO had done was to reaffirm what the UN Security Council had stated just months earlier: that Israel is the occupying power and must abide by international law.

“This time they decided that the Tomb of the Patriarchs in Hebron is a Palestinian site, meaning not Jewish, and that it’s in danger,” Netanyahu claimed.

The Tomb of the Patriarchs is the name used by Israel for the Ibrahimi mosque, where an American Jewish settler massacred 29 Palestinians in 1994. The site is venerated by Muslims, Christians and Jews as the burial place of Abraham and other prophets.

What Netanyahu did – as Israeli officials often do – is conflate Jewish belief with Israeli control, as if a site cannot be both revered by Jews and located in Palestinian territory. There is, however, no contradiction between a site being Palestinian, on the one hand, and sacred to Muslims, Christians or Jews, on the other.

So what “anti-Israel bias” means in practice is failing to enthusiastically endorse Israel’s distortions and lies aimed at legitimizing its illegal colonization and its attempts to erase any history in Palestine that does not bolster the Zionist colonial narrative.

The US withdrawal comes as UNESCO is set to elect Bokova’s successor this week, a contest that Israeli media have painted as a sectarian battle between a Muslim frontrunner from Qatar and a Jewish candidate from France.

There is little reason to lament the departure of the US from UNESCO. What would be even better is if Israel follows it out too.

Cover photo: Israel has tried to use UNESCO to legitimize its colonization of Palestinian heritage sites in the occupied West Bank, including Hebron’s Ibrahimi mosque. (APA Images)