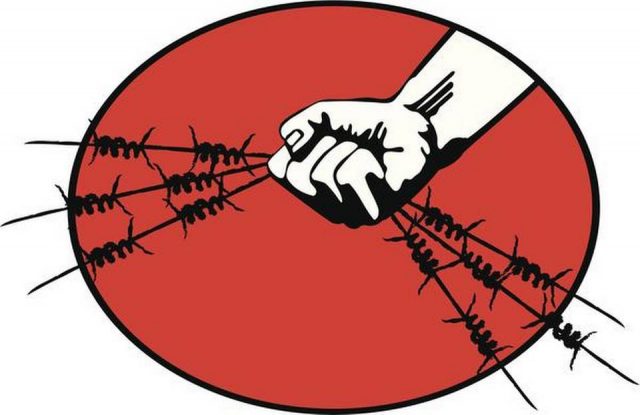 On January 20, Turkish President Recep Tayyip Erdoğan announced that Turkish forces alongside the Free Syrian Armyhad begun armed operations in the Syrian town of Afrin, to be followed by a push in Manbij. Turkish aircraft are bombing the city as Turkish and allied forces have moved across the border.

Turkey has long threatened to enter Syria and clear out the forces of the U.S.-backed Syrian Democratic Forces (SDF). The SDF was created in 2015 by the various Syrian Kurdish political forces and their military wing, the People’s Protection Units (YPG), and the Women’s Protection Units (YPJ). The Syrian Kurds made a political decision that they would not have the ability to properly confront the Islamic State (IS) in northern Syria without an alliance with other minority groups (Assyrians, for instance) — and with the major Sunni tribes in the region (the Shammars, for instance). The SDF was created as a platform for the Syrian Kurds to join with these other groups into an anti-IS military alliance. But, to the Turks, it has always been clear that the SDF is dominated by Syrian Kurds, and is therefore essentially a Kurdish project.

Heart of the conflict

The war to defeat the IS at Raqqa, the major city in northern Syria, could not have been conducted by the U.S. and Russia and their various allies entirely from the air. It required a partner on the ground. The Turkish army was not willing to enter Syria to battle the IS. The Syrian Arab Army was then engaged in operations towards the west and the south of the country. It did not have troops to move towards Raqqa. For that reason, the U.S. government made an arrangement with the SDF to provide it close air support as SDF forces moved across the Syria-Turkish border. The SDF, with air support from the U.S., routed the IS from Raqqa in mid-October 2017. The Syrian- Kurdish leadership suggested that Raqqa’s people could join the Kurdish-run Democratic Federation of Northern Syria, commonly known as Rojava.

The term “Rojava” reveals what is at the heart of the conflict. It means “Western Kurdistan” and asserts the ambitions of the Kurdish population towards the region as well as for a future independent Kurdish state that would encompass land in Iraq (Eastern Kurdistan) and Turkey (Northern Kurdistan). The attempt by Iraqi Kurds in 2017 to declare independence was curtailed for now by the armed intervention of the Iraqi army into the Kurdish autonomous region. The attempt by Syrian Kurds to produce a similar autonomous region on the Syria-Turkish border raised hackles in Ankara.

Turkey sees all Kurdish ambitions for self-determination as an abomination. It has declared the instrument for these ambitions within Turkey, the Kurdish Workers’ Party (PKK), as a terrorist organisation. The war against Turkish Kurds continues in south-eastern Turkey, with curfews in Kurdish towns and with Kurdish political parties effectively banned. The war against the PKK has spilled over into Iraq and Syria, where the Turkish air force has routinely bombed PKK- and PKK-affiliated camps.

To confuse matters, it was the PKK that helped Syrian Kurds develop the YPG, which was the basis for the SDF. The U.S., following its NATO partner Turkey, had declared the PKK as a terrorist organisation. But, confounded by a lack of a ground army in Syria, the U.S. allied with the SDF in the war against the IS. Turkey, at that time, grumbled but did not act to stop the alliance. The U.S. had few choices. But now, with the IS largely defeated and with the U.S. a fickle ally to Syrian Kurds, the Turkish armed forces have made their move.

Turkey has not acted alone as Mr. Erdoğan sought assurances from all the major players in northern Syria before he sent in his troops. The U.S. betrayed its Syrian Kurdish allies when U.S. Secretary of State Rex Tillerson said that the U.S. does not propose to form a permanent border force in the north manned by the SDF. The Russians withdrew their forces from the region as the Syrian Arab Army, dependent on the Russians, gave assurances that it would not contest the Turkish invasion. There is no one to stop the Turkish entry into Syria and no one to provide Syrian Kurds with assistance. The Turkish air force continues to bomb SDF positions without challenge. The Syrian Kurds do not have a chance.

Turkish tanks have moved swiftly through Afrin’s Shera and Sherawa districts, with YPG and YPJ fighters trying their best to hold off the ground assault. Turkey’s total domination of the air over these border towns will give its ground troops a decisive advantage against Syrian Kurds. Protests inside Turkey against this intervention will have little impact. Nor will there be anyone willing to go to the United Nations to ask Turkey to call off its war.

Vijay Prashad is the Executive Director of Tricontinental: Institute for Social Research