They may arrest Milagro Sala, Jorge Glas and Lula, but not their peoples 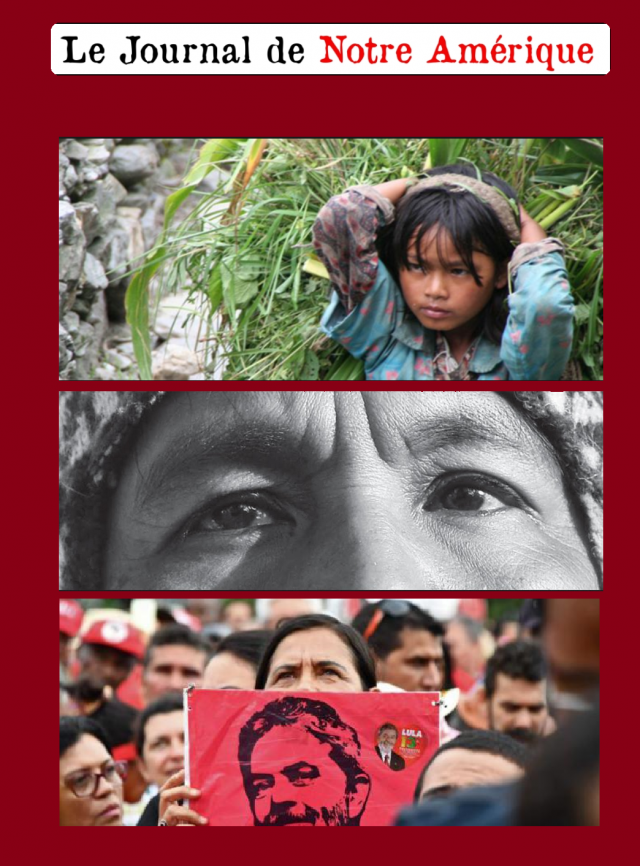 Paraguay, Honduras, Argentina, Brazil, Ecuador… Make no mistake, what is happening in Latin America is not “the end of a cycle,” the end of the “golden decade” of progressive governments, but actually a subversion planned at a continental scale. Or, as former Ecuadorian President Rafael Correa had predicted two years ago, a new “Plan Cóndor“. This “conservative restoration” has the goal of reintroducing capitalist disorder in a region that had shown its will to develop differently, cooperating among itself, and as such disobeying the dictates of the market.

This time, repression, although systematic, is more subtle. The formula can be broken down in three steps: a barrage of “fake news”, a defamation campaign against opponents and the involvement of the judicial sector. That is how Milagro Sala was condemned and has now spent over 1000 days in prison for having dared to build, along with her self-management movement Tupac Amaru, around 8.000 units of social housing in Jujuy, an extremely poor region in the north of Argentina. Sala had also actively participated in the development of cooperatives, helping families prepare breakfast for kids… Pope Francis and Evo Morales had even praised her actions. But at the end of the day, this thing of caring about the poor… is an unforgivable sin!

These days, the governor of the region, who was heavily involved in the political persecution of Sala, looks much more pliant with regard to landowners that grow tobacco. To the point of giving them the green light to hire kids between 10 and 17 years of age to work in the harvest! According to a 2017 survey, there are 715.484 kids between 5 and 5 years of age working in Argentina. Not to mention the dangers related to work conditions. This situation is particularly outrageous in Jujuy, where Tupac Amaru was working on the noble goal of helping the wretched of the Earth. But they did not count on the zealous agents from Macri’s small world. Isn’t life beautiful?

Jorge Glas is another, among many, Latin American sinners today. Vice-president during Correa’s government, Glas embodied progress in Ecuador, particularly in the creation of hydroelectric dams which, for the first time, allowed the country to be autonomous on energy matters and even export to neighbouring countries! It was thanks to an agreement with China that this important project was developed. Unforgivable sin! On the basis of groundless accusations, Jorge Glas has spent almost a year in a maximum security prison. At the end of October, he started a hunger strike to fight for his innocence. His life is in danger!

The tale of Lula in Brazil is also worth explaining. After winning the presidency, he launched the “Zero Hunger” program, internationally lauded, which would allow 30 million Brazilians to get out of poverty. Aware of the advantage that this concrete balance afforded him for the presidential elections that followed the parliamentary coup, in the context of a disoriented country governed by Temer (with fragile support from an ultra-corrupt Brazilian anti-social class), Lula had decided to run for the presidency again. A spectacular tour from north to south of the country confirmed the good omens: Lula was the favourite in the polls.

But those responsible for the coup against Dilma Rousseff also set up an empty trial against him. And the judicial campaign arrived just in time to stop him from getting back to power. “Super judge” Sergio Moro, who has efficiently cooperated with the US Justice Department, can be happy with his work. He has a brilliant future ahead of him in Bolsonaro’s government…

One thing is certain: they may arrest Milagro Sala, Jorge Glas and Lula, but not their peoples. History is not written in advance!

Source: Journal of Our Americas