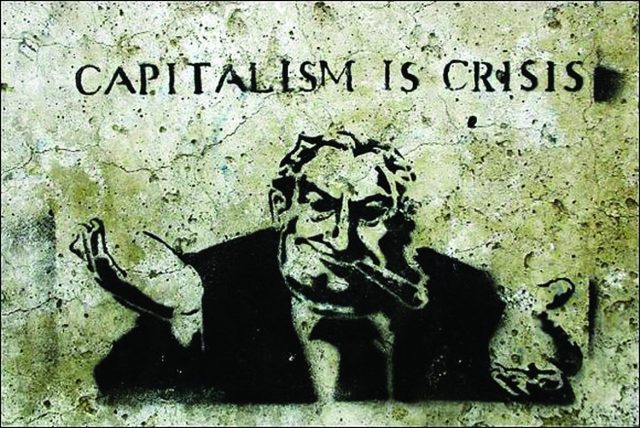 The radical right is useful for the mainstream right to cover over the accumulation of wealth that would be difficult to defend, and to channel the resentment of the precarious classes who are rights-deprived against the “others,” against “alien cultures” invading “the homeland.”

The racist shooting spree in Macerata has provoked a re-examination of  the extreme right. Black shirt gatherings are more and more frequent—even though, in quantitative terms, they remain a modest phenomenon.

And the real threat coming from the black-shirted right towards power structures that are losing their significance does not lie in the nostalgic brandishing of swastikas, crosses and fascist rituals.

The lack of any militarized struggle for the conquest of power, however, does not render moot the question of how to halt the resurgence of the symbols of the past, which are resurfacing in the particular form of crisis peculiar to democracies.

Classical fascism was only one particular manifestation of a long-term crisis which ran through the first half of the 20th century, combining subversion at the top and seduction through charismatic entrancement at the bottom.

The fascist militias were primarily a movement of reaction against the “red menace,” which, in the crisis of democratic representation, aroused everyone’s fears and doubts to the point of letting the fascists into power, with the collapse of the keepers of the monarchic-liberal order. Without any comparable “red menace” today that threatens to undermine the power structure of property ownership, a fascist-type response for the preservation of bourgeois order is not actually conceivable.

Due to this fact, the question we should ask ourselves after the events in Macerata is not whether there is an imminent danger of a “black wave” that would advance by setting itself up as an alternative system to the frail liberal democracies.

Without a red enemy to be fought off with all the weapons of repression by fascist militias, the resurgence of the fasces as a state of emergency to restore law and order is, again, not conceivable.

Phenomena never assume the exact same characteristics twice. And even regressive political forms are able to develop the most diverse outward shapes in order to take root. It is not always necessary to stage a coup or to employ the muscle of black-shirted militias to rule over a condition of disarray and impose reactionary policies.

Historical fascism placed itself against the red wave that was ominously advancing in the factories and villages, and offered a promise of salvation from its threat. But today’s democracies are not suffering from an excess of conflict that would endanger the existence of private ownership.

The domination of capital is so complete that, for large corporations, it is even possible to propose a “wristband” as an extreme form of control over working bodies. And in today’s politics one finds no fierce struggle of ideals, no dramatic alternatives calling to be played out.

Without needing to put together an armed assault on the gray halls of parliament, which have themselves been languishing while losing many of their functions, the powers of capital are gaining exclusive access to the control room, which had remained empty for some time as sovereignty was ceded more and more.

Why would anyone need a militarized right if power is not actually fought over, if disobedience can no longer identify an enemy, and if none other than the representatives of the agency of capital are able to take control everywhere by using nothing but with trivial marketing techniques?

After the trivialization of the electoral contest, the disarmament of organized politics, and the snuffing out of social conflict, there is no need for other exceptional measures to preserve the power that is already subordinate to the requirements of the markets.

But why is there a resurgence of the radical right then?

The conflict between the technocratic elite and the populist right is taking place, both in Europe and elsewhere, within the parameters of a firmly shared economic and social framework.

Those in either of the two positions (at the top and at the bottom of the pyramid) are offering as the optimal solution to the dilemmas of globalization the downsizing of the tax authorities, to better free up capital and its creative madness. While Matteo Salvini, of Italy’s far-right Lega Nord, has the wrecking ball ready for migrants, he is calling for lower taxes on capital.

The radical right, therefore, is useful for the mainstream right to cover over the accumulation of wealth that would be difficult to defend, and to channel the resentment of the precarious classes who are rights-deprived against the “others,” against “alien cultures” invading “the homeland.”

Thus, even as the state shrinks to a minimum, public welfare declines and rights are nullified, the classes affected by capital’s nihilistic influence are not reacting, and instead of a class struggle to preserve the rights they won a long time ago, they now prefer resentment against the undocumented migrant.

Now that capital has also become the entrepreneur of fear, the radical right is a useful tool to stoke self-defeating passions among the poor, and quell any desire for true redemption on the part of those that capital rules over.

The traditional functions of historical fascism are now guaranteed, without the need to shut down the institutions of a liberal regime that often functions as a “democracy-dictatorship,” under the hegemony of an alliance between the material realm (the rule of capital) and the imaginary realm (the perception of a change in “race” because of “invasions”).

The left will have to be reborn from the struggle against this merging of the mainstream and radical right, which is taking over both the systemic and anti-system impulses in the service of capital.

The March 2018 elections in Italy: suicide of the left, upsurge of fascism, chaos