“There is no end of cycle, we can still make a decisive move” 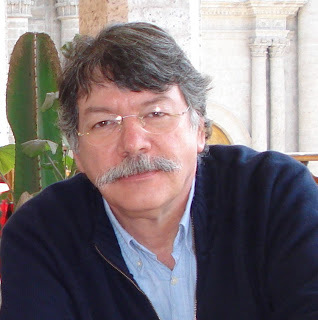 Fernando Buen Abad, a Mexican scholar living in Argentina, holds a bachelor’s degree in Communication Sciences, a Master’s degree in Political Philosophy and a PhD in Philosophy. He is also hosting the Sean MacBride Academic Center for Information and Communication in the National University of Lanús. In this interview, he is assessing the social forces in Latin America following the recent changes of governments.

Over the past year, we witnessed the end of quite a number of progressive governments, and people started to believe that they were living a time of change in Latin America. Is it true?

As far as I am concerned, I am not convinced by this end-of-cycle concept. I acknowledge that in some countries, as Rafael Correa stated, there has been a certain slowdown. But anyone who ever studied dialectics knows that no event can be dissociated from its context. Where there is a slowdown, there is also a number of factors that have accelerated, in that case, there is also a set of sources that have increased their ability to cause damage.

For example, if we are referring to Venezuela, it has become a popular thing to say: “Yes, but Nicolas Maduro is not quite like Chávez”. And yes, he is quite different. But this is a simplistic thing to say because it does override the fact that, now more than ever, putschist attempts grew by a factor of three, paramilitary groups infiltrated the whole country like never before, and last but not least: Venezuela was hit by the drop in oil prices in a very dramatic way. As a result, the state’s income from oil exports became 10% of what it used to be.

This whole situation is compounding the problem for everyone, whether their name is Chávez or Maduro. It definitely drove Maduro’s administration to engage in a self-critical analysis: they publicly admitted that throughout history the country had always been buying and importing manufactured goods instead of producing what they needed to live.

Is there any progress in this direction?

There is a momentum for change going on today but we do not see it shine as it should, because of the media harassment that has become terrifying. Over the last two years, we saw a few personalities removing their masks, exposing opinions they would rather keep in the dark before. Let’s take Luis Almagro from the OAS (Organization of American States) for instance, his sudden reactions and new-found activism are clearly violating the principle of non-interference in the internal affairs of other countries.

In Argentina, we also see a breakthrough of the right-wing, but here it is worth wondering if the right-wing actually did take a step forward or if it is our lack of actions that left unoccupied spaces open to be conquered. As it is well known in politics, what you omit to do will be done by someone else and before you know it your home turf won’t be yours anymore; it is an ongoing fight, but it goes step by step.

In Venezuela, the right-wing won the majority of the General Assembly a year ago. Fortunately, the separation of powers does not allow them to organize the whole structure of power from their control of the Assembly, even if they wish they could. This being said, it took a tremendous amount of effort to neutralize them.

This explains why the regional integration plan has been considerably slowed down. Evo Morales had to face the same obstacles in Bolivia, and this was the harshest offensive ever seen, just like it happened in Ecuador.

This right-wing tactic is not new, and it is not going to stop. The original plan is to strengthen the Pacific Alliance. On this matter, we’ll have to see how this project will turn out after Trump’s inauguration.

One of them is the very weakness of the United States. You see, there is a war going on in South-East Asia, between the United States and China; a very silent yet powerful war. This right here is the main reason why Latin America is facing such tensions right now. A real analysis of the region cannot leave China out of consideration anymore, especially if you are looking at Latin America as a whole. As a matter of fact, Russia cannot be left out either.

It is highly symptomatic that in countries where China’s influence is growing (like Brazil, Argentina, Cuba, Nicaragua, Bolivia or Venezuela), no one can take decisions lightly, not even the Americans. Even in Brazil and despite the current situation, the Chinese component of the Brazilian economy is defining the country’s landscape in many ways.

It is not my favourite sight, but it is the landscape of a complex struggle that has now gone global.

Some of the occurring events show that the less radical governments (or the most progressive ones in a narrow sense of the word – like Brazil and Argentina) have been defeated, whereas the governments who adopted more radical measures are still in power. Can it be considered a rebuttal of “possibilism” or pragmatism?

That is exactly what is going on. Decisions that should have been made in several spheres did not happen. Of course there is a price to pay: someone else is going to conquer the territory that was left behind.

If you analyse the Latin American unease in regard to the new landscape, there is a way bigger set of issues that are trying to be heard. Nowadays, this dimension of arising issues goes beyond any leader in Latin America.

There is a growing dissatisfaction in Venezuela, and it seems that their leaders are unable to move at the same pace. It is even more obvious in Argentina. There is a loud public outcry, people wish to confront the situation in order to ensure a positive outcome, and it seems that passivity has taken hold of the leaders – even Cristina Fernández here in Argentina – in comparison with what the people expect them to do.

This protest movement can become very explosive if it is not set on the right path. If nothing is done to switch the political orientation to the left, the situation will be out of control. I believe that, at this time, the key is to focus on this discontent that is looking for a direction. This lack of political leadership has led to the loud and clear crisis we are facing right now.

So there was a marked fall, but you don’t consider it the end of a cycle?

I do not believe in the end of the cycle. On the contrary, I believe a new opportunity has arisen, allowing us to take a decisive leap forward in lots of fields. Many mirages have faded away; those who labelled themselves as progressive and pretended to be the new champions have fallen one after the other. They have been exposed. And now, we have the golden opportunity to benefit from the experience acquired over the years in order to seek a solution based on solidarity and organisation, with much more clarity than in years past.

Translated from French by Melissa Salvi.

Source: Journal of Our America 22, Investig’Action