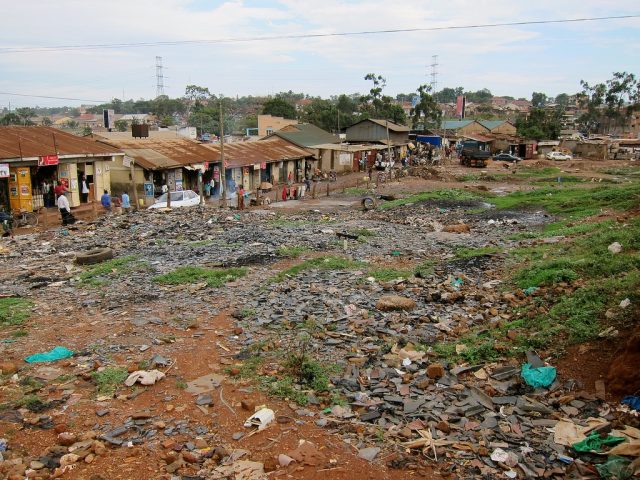 Watch blockbuster movies from the “south” and chances are you will start to believe that the world is not really such a desperate place. Perhaps you might even get convinced that under the present imperialist and turbo-capitalist global arrangement things can always get better. If you live in a gutter somewhere in Sub-Continent or Africa, you could simply try hard, you could “believe in yourself and love yourself”, you could “listen to your instincts”, and everything may eventually fall into the right places. You could get acknowledged, rewarded and even catapulted from your misery into some plush pastures that are covering the tall green hills of success.

Think twice! Or… don’t think at all – just bury your head in the sand.

There were always books written and films produced just in order to please the Western funding agencies and propaganda machine. I described the process, colorfully, in my recent political/revolutionary novel “Aurora”.

Just think about Kite Runner written by an Afghan-American writer Khaled Hosseini, or about all those bestsellers by Salman Rushdie or Elif Shafak, books about India or Turkey, but intended almost exclusively for a Western audience, and often despised in their native countries.

The works of Rushdie and Shafak can at least qualify as “literature”. But now both the Western markets and mainstream media are demanding more and more of ‘feel good’ rubbish books and movies from poor countries, more and more of those simple, picturesque and ‘positive’ stories that are actually confusing and give false hopes to the local population of many poor countries.

Do you still remember Slumdog Millionaire? How realistic a scenario was that? First of all, it was not even an Indian film; it was a 2008 British movie, directed by Danny Boyle, who also had directed Trainspotting. It took place in the Juhu slum of Mumbai.

In 2011, I filmed in the same Mumbai slum where the movie was produced. I asked many, how likely was such a ‘success scenario’ in that filthy and hopeless neighborhood? The dwellers of the Juhu slum just dismissed the entire charade with derogatory gestures; why even waste precious words?

Now more films are coming – more and more… and more! Feel good; feel very good about the world! Drop a few tears as you are departing from the cinema. Utter under your breath: “Everything is possible.” Collaborate with the establishment. Forget about the revolution, think ‘positively’ (the way the system wants you to think) and above all, think about yourself!

A film about a real Ugandan chess player Phiona Mutesi, created by the Indian director Mira Nair (Salaam Bombay, Monsoon Wedding, The namesake among her other work), Queen of Katwe, is a tour-de-force of true individualism. And again, if you think you are actually watching a Ugandan or even Indian film, you are squarely wrong: it is supposed to feel like an African one, but it is a US movie, produced by Walt Disney Pictures. And it is actually intended and even proudly promoted as a “feel good movie“.

The plot is simple and predictable: a little girl grows up in total misery, in one of the toughest slums of Africa – Katwe, at the outskirts of Kampala. Her father has already died of AIDS, her mother is unable to pay the rent, and her older sister is barely surviving as a prostitute. Phiona, just 10-years old, is forced to drop from school.

Her life is approaching total collapse. But then, suddenly, a miracle! Hallelujah!

Phiona enrolls in a state-sponsored chess program. She is talented. She climbs and climbs, soon travelling to Sudan by a plane, and few months later, even to Russia.

It is supposed to be a ‘true story’. And yes, there was a poor girl, growing up in a Ugandan slum. She was talented although she never reached the zenith, and never won any gold medal. In the film, she wins tournaments, makes loads of cash, and buys a villa (looking like a palace), for her family.

Is this what young poor girls watching the film in the Katwe slum should be aiming at? Would such a dream be realistic, or is this an absolute mirage?

I also filmed in Katwe, for my damning documentary Rwanda Gambit. And when I was a young kid, I could pass for a talented chess player, taking part in several tournaments and competitions. Somehow, the film – Queen of Katwe – did not make any sense. To become chess champion takes much more than some luck and zeal. Like a concert pianist, a chess player has to spend years and years of hard training, literally killing himself or herself, to play at a certain level.

When I was a kid, my father, a scientist, was obsessed with turning me into a champ. Frankly, I was not too interested, although I worked hard, for years. I won a few medals, but never went further. Could Phiona, hungry, almost without a roof over her head, become a grand master, just after few months of unhurried coaching?

I wish she could. But I doubt it, knowing Uganda, knowing its slums, fully realizing how merciless their reality really is, and of course, knowing chess.

Who benefits from such films? Definitely not the poorest of the poor, and definitely not Indians or Africans!

It appears that the only beneficiaries are those people who are trying to uphold the status quo, in the West and in the colonies. They don’t want people to realize: that there is almost no hope left, and only some radical change, a revolution, can reverse and improve things in their plundered countries.

A revolution is a ‘communal’ event. It is never about one person suddenly advancing, or getting ‘rescued’ or ‘saved’. It is not about one person or one family ‘making it’. It is about an entire nation fighting for its rights, for progress, and it is about social justice for all.

No matter how ‘lovely’ is Mira Nair’s cinematography, winning the lottery, or getting lucky here and there, is not going to change the entire country. That is exactly why those small individualist acts and triumphs are being celebrated and glorified in the centers of Western imperialism. There, no real change is ever welcomed, whether it takes place at home or in the colonies. On the other hand, all selfish little victories are treated as sacred. One should live for himself or herself, disregarding the context.

How many other deeply ‘positive-thinking’/ unrealistic/ ‘feel-good’/ ‘false-hope’ films have I seen, lately? Many. For instance Lion, a 2016 Australian/UK co-production, about a poor Indian boy who jumps on a train, loses his hometown, and eventually gets adopted by a loving and dedicated Australian family.

It looks like a downpour, an avalanche of similar films and books and news stories. It looks like some kind of new wave of ‘positive thinking’, or ‘there is nothing really too wrong with our world that couldn’t be fixed by some personal luck and individualism’ dogma. Most of the stuff is somehow connected to the epicenter of Western ideological indoctrination – the United Kingdom (a country, which is successfully nullifying all revolutionary zeal of its own citizens, of the immigrants arriving from desperate and colonized countries, and even those people who live in despair in various far away places).

The West is busy manufacturing ‘pseudo reality’. And in this grotesque pseudo-reality, several deprived individuals like starving chess players, street vendors and slum dwellers are suddenly becoming rich, successful and fulfilled. Millions of others, all around them, continue to suffer. But somehow, they don’t seem to matter much.

There is a new celebrity group in making – let’s call them the ‘glamorous poor’. Those ‘exceptional individuals’, the glamorous poor, are easy to digest, and even to celebrate in the West. They are swiftly and cheerfully integrating into the ‘mainstream’ club of the global ‘go getters’ and narcissist rich.

The West is Becoming Irrelevant, The World is Laughing