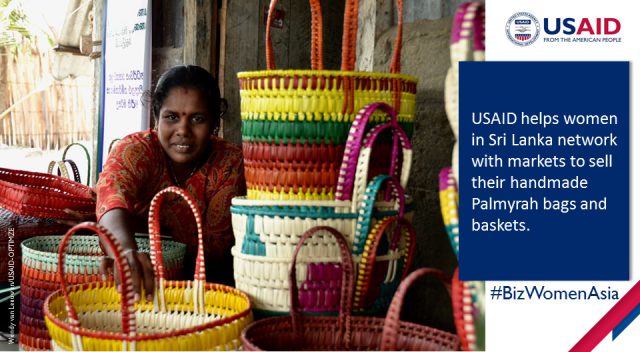 Recent media reports in Sri Lanka reveal that a $13.7 million USAID-funded program for ‘democracy and accountability’ is to be implemented by a private US company alleged to have links to the CIA. This has raised questions regarding the nature of the government’s relationship with the US.

Development Alternatives Inc. (DAI) is said to be one of the largest US government contractors in the world, particularly active in Latin America.  Its subversive role in Venezuelan politics has been thoroughly documented by Eva Golinger in her 2005 book ‘The Chavez Code – Cracking US Intervention in Venezuela.’ Golinger called on Venezuela to expel DAI, which she described as a CIA front and ‘an organization dedicated to destabilizing governments unfavourable to US interests.’

Sri Lanka’s Newsfirst TV channel exposed the company’s alleged CIA links after The Island newspaper, citing sources from the US embassy in Colombo, reported that DAI would ‘work closely with the Parliament, Independent Commissions and related ministries’ to carry out the ‘Strengthening Democratic Governance and Accountability Project (SDGAP).’

‘Good governance’ has been a dominant theme of the ‘unity government’ formed in 2015 by Sri Lanka’s two main rival political parties, the SLFP led by President Maithripala Sirisena, and the UNP led by Prime Minister Ranil Wickremesinghe.  The new leadership has pursued closer ties with the West, particularly the US.

In recent years the island’s strategic location, bordering international shipping lanes in the Indian Ocean, has made it a focal point of big-power rivalry in the region. The Chinese have made significant investments in the country’s infrastructure which India, Sri Lanka’s nearest neighbor, seeks to countervail.

Further investigation reveals that this is not the first time DAI and other private US companies have been contracted to carry out USAID ‘projects’ in Sri Lanka:

It may be seen that US government-funded ‘projects’ over the past several years run the whole gamut of Sri Lanka’s institutions, including Local Government, the Bar Association, the Judiciary, Parliament and the Constitution.  While many citizens agree that there is need for improvement in the country’s democratic institutions, it is a matter of concern that this task is being ‘outsourced,’ outright, to foreign agencies. If programmes are contracted to private US companies, selected by the US government, how can those who implement them be accountable to the people of Sri Lanka?

It’s relevant to note here that Sri Lanka is currently under pressure from the US to implement an unpopular UN resolution (of which the US was the main architect) calling for internal changes widely seen as interference in the affairs of a sovereign state. The new Sri Lanka government took the controversial step of co-sponsoring the resolution, which calls for an ‘international investigation’ into alleged rights abuses by security forces during the war against the separatist Liberation Tigers of Tamil Eelam (LTTE), defeated under the watch of former president Mahinda Rajapaksa.

The octopus-like manner in which the tentacles of US ‘assistance’ have reached every department of government was signaled by US Assistant Secretary Nisha Biswal in her address to a US Congress subcommittee in May, seeking an increased 2017 budgetary allocation for Sri Lanka.  “…Our approach to make Sri Lanka’s economy stronger is truly whole-of- government.  ….  And the Treasury Department will soon embed an advisor in Sri Lanka’s Ministry of Finance, who will assist the ministry with public financial management reforms for the next two years” she said.

There are other reasons too, for concern that the CIA currently has a heightened interest, if not presence, in Sri Lanka. Some US institutes that hosted government representatives for discussions in the recent past, and others which have disbursed funds, are reported to have links to the spy agency.

The controversy regarding USAID contractor DAI’s alleged links to the CIA should draw the attention of Sri Lanka’s political leadership to the new reality in espionage: that what used to be done covertly, is now done openly.  At a time when a country is desperately trying to attract foreign investment, how  ingenious it would seem to embed spies in private ‘companies,’ whose employees would probably travel on business visas, avoiding scrutiny by immigration authorities!

*Lasanda Kurukulasuriya is an independent journalist based in Colombo, Sri Lanka

Influencing elections: Facebook scandal gives Washington a taste of its own medicine