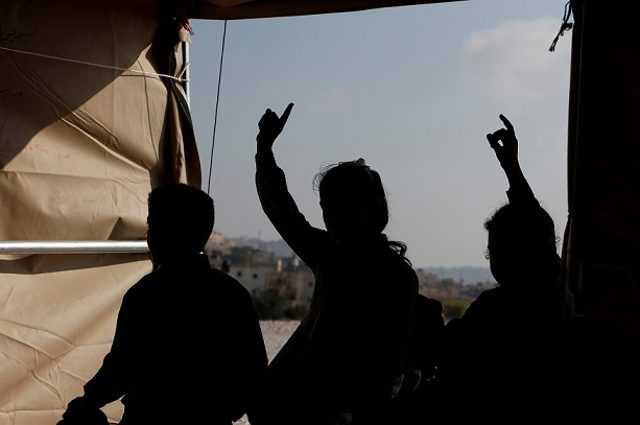 A new study finds that American children are being indoctrinated by skewed accounts of the Palestinian-Israeli conflict and Islam. But if sharing verifiable facts and non-Western points of view is skewed, teach on.

Some years ago, the former great leader of the United States George W Bush posed the question: “Is our children learning?”

Thanks to an intelligent new study conducted by the Committee for Accuracy in Middle East Reporting in America (CAMERA), we finally have an answer: Yes, yes they is.

And much of what is being learned, to CAMERA’s great dismay, is insidious Palestinian propaganda.

The details are found in a monograph titled “Indoctrinating Our Youth: How a US Public School Curriculum Skews the Arab-Israeli Conflict and Islam,” authored by CAMERA’s Steven Stotsky. Concerned parents and anyone else worried about the direction in which civilisation is heading can acquire the booklet from Amazon for a mere $9.95 plus shipping.

Since its founding in 1982 to counteract the unfavourable press Israel had received by invading Lebanon and killing 20,000 people, CAMERA has busied itself hounding media outlets and other institutions for perceived violations of the Israeli line – such as the suggestion that Tel Aviv, not Jerusalem, is the capital of Israel (which it is, at least according to the entire world).

Stotsky begins by providing some context to the alarming pro-Palestinian indoctrination allegedly underway in the US – particularly in two public high schools in Newton, Massachusetts, which are the subject of the case study.

He laments: “In recent years, the teaching of history in [US] schools has turned toward accounts that give greater recognition to non-Western contributions and beliefs,” a pernicious trend that is “often accompanied by a critical portrayal of the history and policies of the United States” and by extension Israel.

In other words, people might actually be learning something. Challenges to the traditional monopoly of the discourse must thus be combated at all costs.

The Newton schools, it seems, crossed over long ago to the dark side. In 2007, for example, the Social Awareness Club at Newton South High School had the audacity to extend a speaking invitation to Noam Chomsky, who addressed “an estimated 140 students about the Iraq war”. At the time, Chomsky was employed at the little-known Massachusetts Institute of Technology (MIT), a hub of extremism not far from Newton.

And that’s not all! In 2001, Newton North High School hosted American historian Howard Zinn! Who likened US terrorism in Afghanistan to terrorism!

Newton’s other transgressions are numerous. In 2011, a photocopied handout to tenth graders “identified Jerusalem as the capital of Palestine and Tel Aviv as the capital of Israel”. A ninth-grade history class included a chapter from a book suggesting that maybe Islam is not so oppressive to women.

In 2008, a history teacher invited the director of the Outreach Center at Harvard’s Center for Middle Eastern Studies to participate in a discussion; in 2011-12, a slide presentation on the Outreach Center’s website objected to the “unsophisticated” characterisation of “Palestinians as terrorists” and furthermore “portrayed the Palestinians as the indigenous people of the land”.

After all, indigenous people are not indigenous, and four plus five is 830.

The real game changer came in 2011 when Newton school parent Tony Pagliuso “discovered his daughter had been assigned to read an inflammatory article [that] stated: ‘Over the past four decades, women have been active in the Palestinian resistance movement. Several hundred have been imprisoned, tortured, and killed by Israeli occupation forces.’” 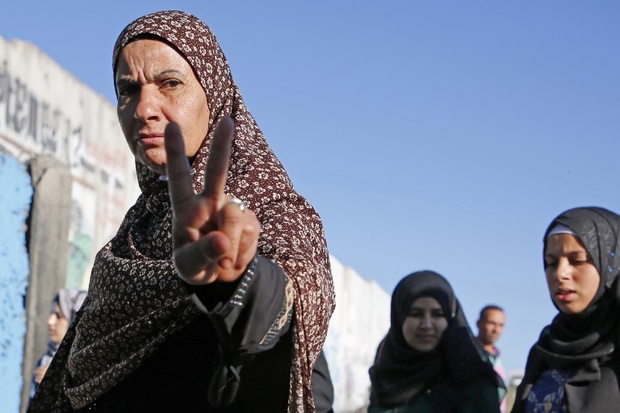 Beyond the fact that four decades should now be seven, it’s not clear why such statistics should cause anyone to bat an eye given Israel’s track record of killing and otherwise making life difficult for women as well as all other categories of human.

According to United Nations figures, the 2014 Israeli assault on the Gaza Strip eliminated no fewer than 299 women and 551 children (although in Stotsky’s view, such casualty breakdowns are problematic because, you know, they were probably human shields or something).

Pagliuso confronted the school, whose representatives did not find the two sentences nearly as apocalyptic as he did; he thus alerted the Israeli Consulate General and other relevant entities. As Stotsky notes, members of an “ad-hoc group that formed after the exposure of the error-ridden reading assignment” began to demand from the Newton public high schools “full access to curricular materials related to the Middle East” – behaviour that one school official aptly denounced as “McCarthyesque.”

Faced with the school system’s recalcitrance, the ad-hoc group did what any normal upstanding citizens would do to expose zealously guarded state secrets potentially harmful to the public good: they filed a Freedom of Information Act request.

In a beautiful triumph of democracy, the Newton schools surrendered the requested materials in 2015, allowing our aspiring censors an intimate look at the traitorous mechanisms of thought control. Curricular lies revealed by the FOIA release range from the notion that American Islamophobia is actually A Thing to the insistence that Palestinians are somehow “victims” despite their glorious history of expulsion from their homes and slaughter at the hands of the Israelis.

Those willing to part with $9.95 plus shipping plus sanity can peruse Stotsky’s in-depth analysis of various ninth- and tenth-grade handouts, books, articles, videos, timelines, maps and websites.

Suffice it to say that the level of formal scrutiny is so over the top that one half-expects to stumble upon a section titled, say, NEWTON LUNCH MENUS, 1960-PRESENT, with a review of possible anti-Israeli ingredients and a side investigation into what Chomsky ate when he visited.

Stotsky concludes that there are some reasons for optimism such as that Newton is now seemingly engaged in “more careful vetting” of course materials and that “publishers are beginning to respond to concerns about their texts”. In 2016, for example, prominent publisher McGraw-Hill ludicrously withdrew a textbook in response to complaints about a series of maps depicting Palestinian loss of land from 1946-2000.

There are, however, plenty of remaining existential dangers, and Stotsky warns in the monograph’s final paragraphs of the possibility of “a continuing shift” in the US education system “away from focus on the unique and important contributions of the West and America” throughout history.

Unique, no doubt, in terms of planet-wide destruction of human bodies and societies.

Bring on the indoctrination.

Belen Fernandez is the author of The Imperial Messenger: Thomas Friedman at Work, published by Verso. She is a contributing editor at Jacobin magazine.

Cover Photo: In August 2017, Palestinian schoolchildren in the West Bank village of Jubbet Al Dhib attend a lesson inside a tent after Israeli troops confiscated caravans used as school classrooms becaused their school didn’t have an Israeli-issued construction permit (Reuters)