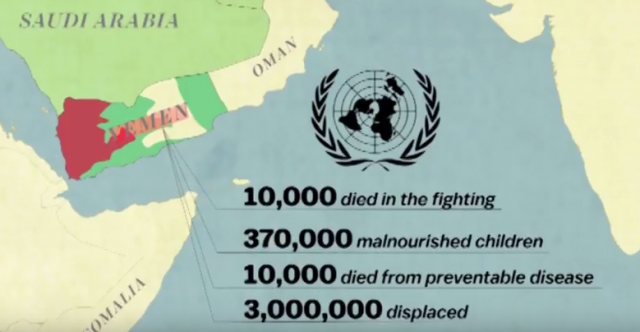 The war in Yemen has been raging on for almost two years. Officially it is framed as a Saudi-led coalition fighting a Houthi rebellion to restore a legitimate president and contain Iranian influence. On the ground we are witnessing a relentless bombing campaign that has created an unprecedented humanitarian crisis in the poorest country of the Middle East. And the West is a direct accomplice of these war crimes.

1 Minute: The Forgotten War in Yemen