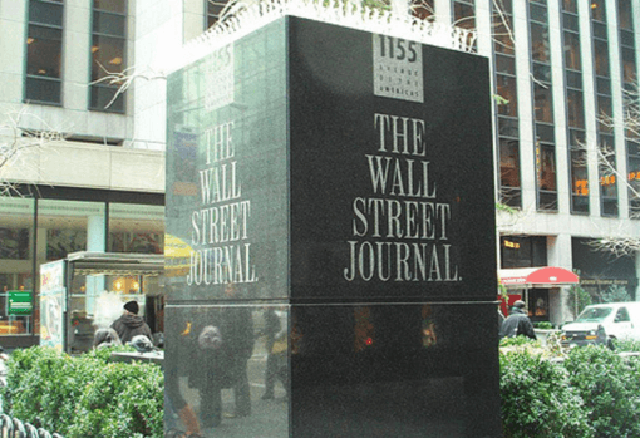 The editors at the Wall Street Journal have settled on a plan for ending the crisis in North Korea. Starve them to death.

I’m not kidding.  In an article titled “Options for Removing Kim Jong In” the WSJ’s editorial board suggests that the US use “all of its tools to topple the North Korean regime” including, of course,  vital food imports which keep women and children from facing an agonizing death by starvation. Here’s an excerpt from the article:

“The North is especially vulnerable to pressure this year because a severe drought from April to June reduced the early grain harvest by 30%. If the main harvest is also affected, Pyongyang may need to import more food while sanctions restrict its ability to earn foreign currency….

While the regime survived a severe famine in the 1990s, today the political consequences of a failed harvest would be severe. …. The army was once the most desirable career path; now soldiers are underpaid and underfed. North Koreans will not simply accept starvation as they did two decades ago.

Withholding food aid to bring down a government would normally be unethical, but North Korea is an exceptional case. Past aid proved to be a mistake as it perpetuated one of the most evil regimes in history. The U.N. says some 40% of the population is undernourished, even as the Kims continue to spend huge sums on weapons. Ending the North Korean state as quickly as possible is the most humane course.”

“Humane”?  The WSJ editors think that depriving people of enough food to stay alive is humane?

And look how cheery they sound about the fact that “40% of the population is (already) undernourished”, as if they’re already halfway towards their goal. Hurrah for the US embargo, still inflicting misery on innocent people some 6 decades after the war!

Who are these people who grow up in our midst, attend our schools and universities, live in the same neighborhoods , and go to the same churches? Where do these monsters come from?

I’m reminded of what Harold Pinter said in his Nobel acceptance speech:

“What has happened to our moral sensibility? Did we ever have any? What do these words mean? Do they refer to a term very rarely employed these days – conscience? A conscience to do not only with our own acts but to do with our shared responsibility in the acts of others? Is all this dead?”

It’s sure as hell is dead at the WSJ, that’s for sure. Dead as a doornail.

And what is starvation supposed to achieve anyway? What’s the ultimate objective?

Why regime change, of course, isn’t that what it’s always about, installing a more compliant stooge to  follow Washington’s diktats?

Of course it is. But how’s it supposed to work, after all, depriving people of food isn’t like giving them guns and training them to topple the regime, is it?

No, it’s not, in fact, there’s not even the remotest chance that the plan will work at all. None. But it will help to punish the Korean people for the behavior of their government. It will do that.  And it will generate more suffering, unhappiness and misery. That much is certain.

Imagine if the shoe was on the other foot and North Korea had the power cut vital food supplies to people in the United States. Sure, it’s far fetched, but just think about it for a minute. How would you react? Would you gather your neighbors and friends together to concoct a plan to overthrow the government?

The idea is ridiculous, isn’t it? The editors at the WSJ know that. These are educated, intelligent men who understand how the world works and who know the impact of particular policies. They know that starvation isn’t going to lead to revolution.  That’s just not going to happen.

Good question, but that’s where we have to veer into a very gray area of analysis, that is, trying to understand why some people are so morally malignant that they seem to enjoy inflicting pain on others. Why is that? Why are there so many cruel people in positions of power and authority?