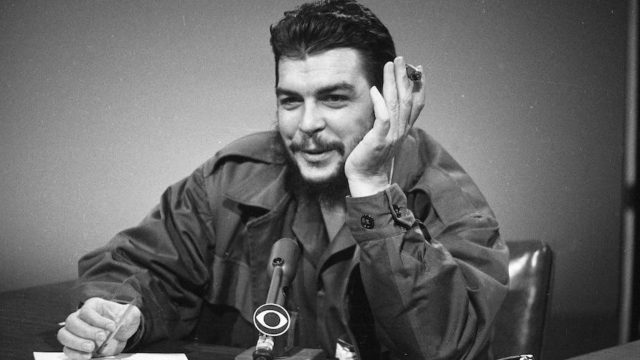 In light of a recent upsurge in denunciations of Che and the Cuban Revolution, it is important to separate fact from fiction.

The year 2017 is the 50th anniversary of the CIA-ordered assassination of Che Guevara.

In light of a recent upsurge in denunciations of Che and the Cuban Revolution, it is important to separate fact from fiction.

Here are five important points to take into account, all in historical context, drawn from countless reliable sources, especially from the “References” section at the end of this article.

First, there is a burgeoning school of professional Cuba bashers, including some self-proclaimed leftists, who in effect seek the overthrow of the Cuban Revolution.

Apparently expecting perfection, they tend to only see the failures of the Cuban Revolution and its historical leaders. In so doing, they distort the truth beyond recognition and base their arguments on such outright lies as describing Che as “an ardent Stalinist” wedded to “authoritarian ways,” or saying the Committees for the Defense of the Revolution, CDRs, are used for “spying on and controlling people.”

In reality, however, the CDRs were and continue to be key institutions of the evolving and by no means perfect participatory socialist democracy the young revolutionaries set about trying to establish in 1959 in the face of ongoing U.S. aggression abetted by diehard supporters of the overthrown Batista dictatorship.

And now, 58 years later, by maintenance of the economic blockade, control over Guantánamo, acts of terrorism, military threat, a sophisticated cultural offensive and the budgeting of “dissidents,” CIA agents and NGOs inside Cuba, not to mention the mendacious slanders spewed forth by the mass media of disinformation, including some of the social media.

Second, Che understood the centrality of politics impelled by ethics where subjective factors prevail, leading to the rapid conversion of Cuban society into a giant school of reclaiming Cuban culture and ethical values.

Hence, the literacy and “voluntary labor” campaigns, the advances in education, medicine, people’s participation, agrarian reform, housing reform, and so on that converted idealistic goals based largely on the thoughts of Martí, Mella, Guiteras, and other revolutionaries in Cuban history into evolving on-the-ground realities that even in one’s wildest dreams had never appeared possible.

Third, rejecting the use of capitalist methods to fight capitalism, Che and Fidel used the methods of dialectical Marxism-Leninism to implement the maximum possible option: make a socialist revolution of national liberation that would transform institutions and social and human relations through an organized and conscious “praxis” that — despite errors recognized publicly by each of them and their successors — continues today.

Fourth, as known at the time and revealed in collections of Che’s writings after his assassination ordered by the CIA in 1967, Che repeatedly warned about the dangers of not seeing the deficiencies of “existing socialism” and of mechanically copying Soviet manuals and methods.

He observed that the “intransigent dogmatism of the Stalin era has been succeeded by an inconsistent pragmatism…returning to capitalism.” He saw the actions and proposals of the Cuban Revolution as “clashing with what one reads in the (Soviet) textbooks” and contributed insightful Marxist critiques of both capitalist and socialist societies and their theories.

Fifth, Che, like Fidel, was profoundly committed to the cause of peace, but unfortunately had to take up arms to move the world closer to that ephemeral goal. To make a world without war possible, Che gave his life, even as Fidel did. We can learn much from their examples.