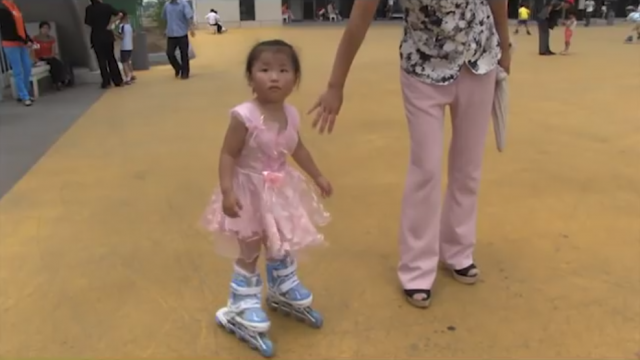 Here it is – my short film about North Korea. No need to drag it, to prolong it – let’s just watch it all together:

This is my 25-minutes piece about the DPRK (North Korea) – country that I visited relatively recently; visited and loved, was impressed with, and let me be frank – admired.

I don’t really know if I could call this a ‘documentary’. Perhaps not. A simple story, a poem, you know: I met a girl, tiny and delicate, at the roller-skating ring in Pyongyang. How old was she? Who knows; perhaps four or five. She was first clinging to her mom, then to a Korean professor Kiyul, even to a former US Attorney General Ramsey Clark. Then she began skating away, waving innocently, looking back at me, at us, or just looking back…

Suddenly I was terribly scared for her. It was almost some physical fear. Perhaps it was irrational, like panic, I don’t know…

And so, I produced a short film, about what I saw in North Korea. A film that I made for, dedicated to, that little girl at the roller-skating ring in Pyongyang.

When I was filming, collecting footage in DPRK, the war, an attack from the West or from Japan or South Korea, looked possible, almost likely.

When, some time later, I was editing, in Beirut, with a Lebanese editor, US President Donald Trump was threatening to “take care of the North Korea”. What he meant was clear. Trump is a ‘honest man’; honest in a mafia-style way. In the film I call him ‘a manager’. He may not be an Einstein, but he usually says what he means, at each given moment. You know, again, the Yakuza-style.

Now when I am releasing this humble work of mine, things look brighter after the Singapore Summit, although I really do not trust the West, after more than 500 years of barbaric colonialist wars and crusades. The ‘manager’ is perhaps honest when he says that now he likes President Kim, but then again, tomorrow he could be ‘honest’ again, declaring that he changed him mind and wants to break his arm.

Time to hurry, I feel. Time to hurry and to show to as many people as possible, how beautiful North Korea is, and how dignified its people are. 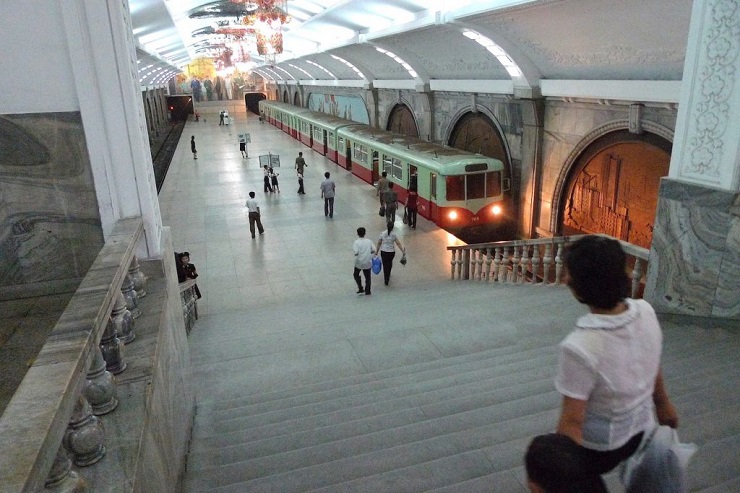 I can “sell” footage or “sell rights” and make some money for my other internationalist projects, but the whole thing would get delayed, and only limited number of people would see it in such case.

By releasing it like this, the film will make nothing, zero, but I guess it is my duty to do it this way. Hopefully, the film, or ‘a poem’, will be seen by many and the pressure on the West and on Japan will grow – pressure to stop intimidation of the people who already suffered so tremendously much!

If someone wants to support my films, including my works in progress (two big documentary films I am working on right now, one about Afghanistan after almost two decades of the NATO occupation, another about almost total environmental destruction in Kalimantan/Borneo), it can be done HERE. But no pressure. Just enjoy this particular film and other films that I will be soon and gradually releasing. 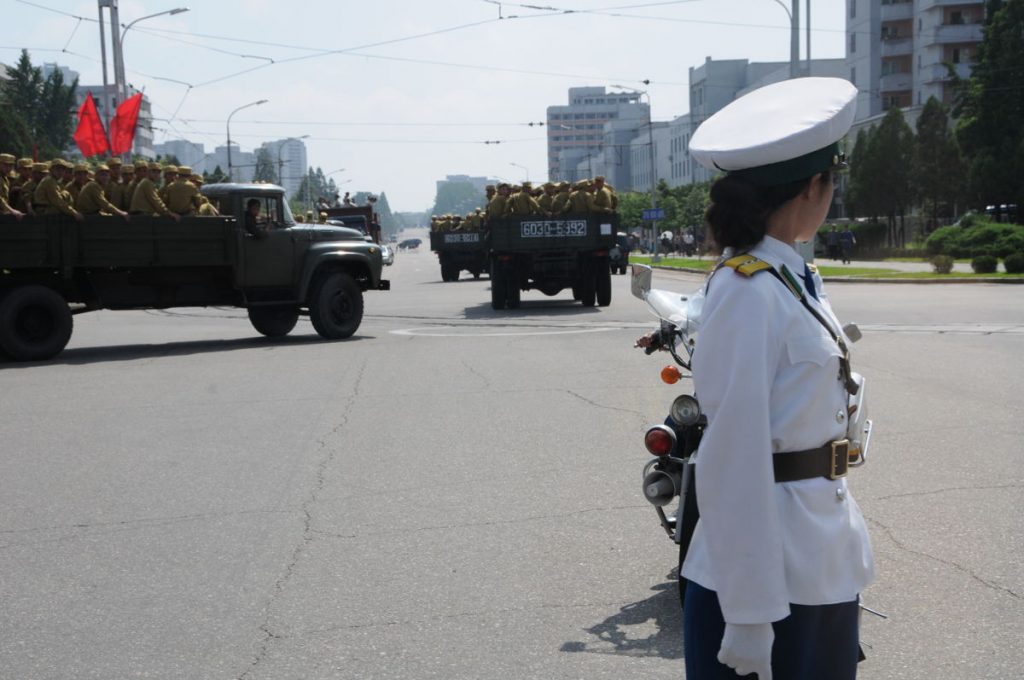 Traffic controller in the DPRK (Photo by Andre Vltchek)

In the meantime, North Korea is standing.

While the West is calculating, what to do next. I don’t have a good feeling about all this. I hope I am wrong. I hope this is just a beginning of the serious peace process…

But I guess I have seen too many ruins of the cities, of countries and entire continents. Most of them were bombed, reduced to rubble after various ‘peace processes’. Mostly the bombs and missiles began flying after some sound agreements were reached and signed.

I don’t want the same thing to happen to North Korea. I don’t want this girl whom I spotted at the roller-skating ring, to vanish.

What I did this time is not much, but it is something. In this dangerous situation, almost everything counts. Let’s all do “something”, even if it is just a tiny bit. Rain is made of water drops, but it can stop a big fire. This time let us try to stop the madness by tiny drops of sanity and tenderness.

[Originally published by New Eastern Outlook, a publication of Russian Academy of Sciences]

Robert Charvin: “it is because of its sovereignty that North Korea still exists”