Ms. Yayoi Segi is based in Beirut, Lebanon, and she has worked in Syria for almost 3 years. She is extremely passionate about the country, which she admires and tries to support in her position as an accomplished specialist in national education development. 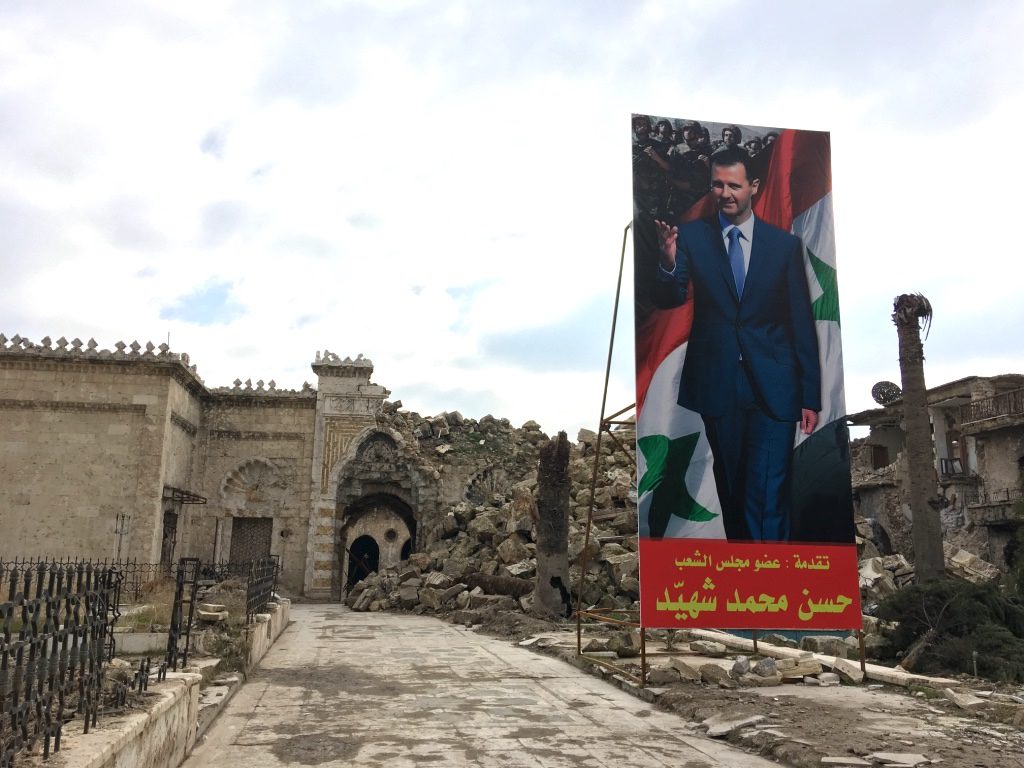 Entrance to half destroyed Umayyad Mosque in Aleppo

She agreed to share her collection of personal photos from Damascus, Homs and Aleppo.

I asked about her impressions regarding Syria and its people, and she replied, frankly:

“Syria is not what the mainstream media wants us to believe it is. One has to see it, to understand. Seeing is believing! It is an extraordinarily exceptional country. All that we have been told about Syria and its people is a lie.”

And what is the war doing to the country?

“The war… it is devastating the country. Life is of course tough now, but it never stopped; it definitely goes on. Electricity is cut often and water supplies are limited, but still life goes on. People endure; they even socialize. Syrians are very humble, very caring, warm and gentle people. They like to joke. They believe in their nation, in themselves; they are truly remarkable.” 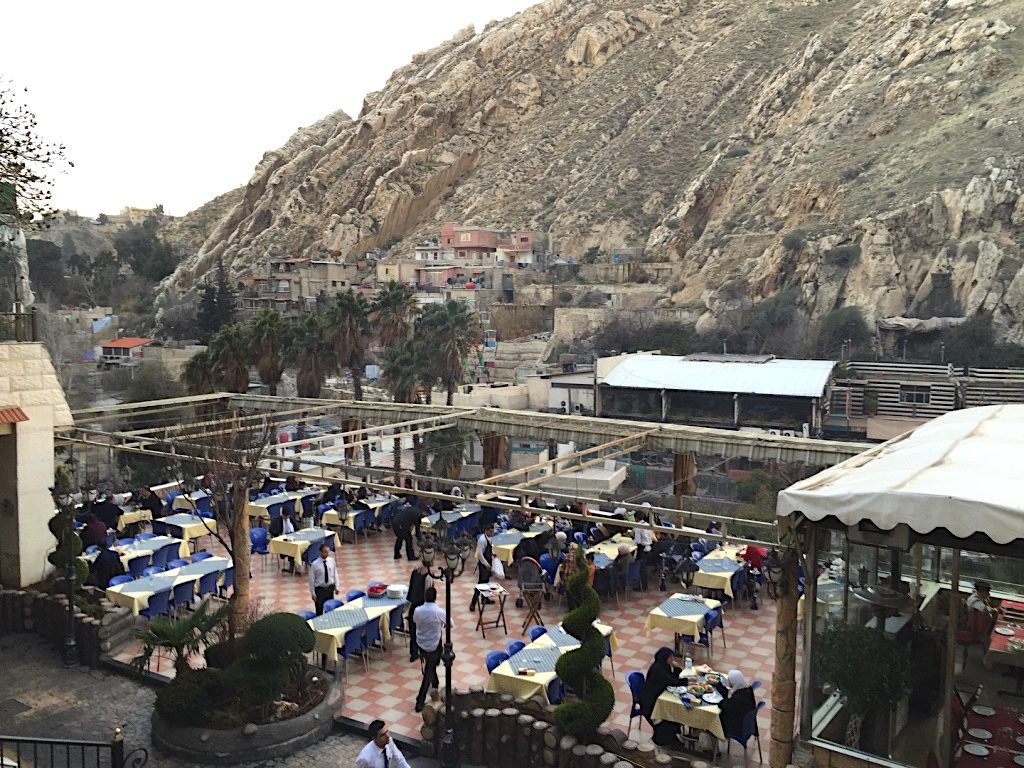 In Damascus, life goes on…

Yayoi has been literally dedicating her life to the Syrian nation. She is ‘building schools’ there, and she is defending the nation whenever she goes. She is drawn to the Syrian people and she admits that she is philosophically close to them. She says:

“It is extremely important, what goes on in Syria, especially on the ideological front in highly politicized field of education, because ideology shapes education, and vice versa.”

“Even in the time of crises that was implanted from outside, the Syrian people still maintain tremendous sense of solidarity towards those whose lives have been shattered for decades, mainly Palestinians.”

She recounts her practical experience, which clearly illustrates the big heart of the Syrians:

“In Damascus, there is a waiter working in my favorite teashop. He is a Palestinian refugee who has been living in Damascus for a very long time. Every time I meet him, he gives me the most beautiful smile. I ask him how is he doing? And he says, “Alhamdulillah, all is fine”. He has three kids, all have enough to eat, and all are going to school, thanks to the help from the Syrian people.”

All this is happening despite the war. 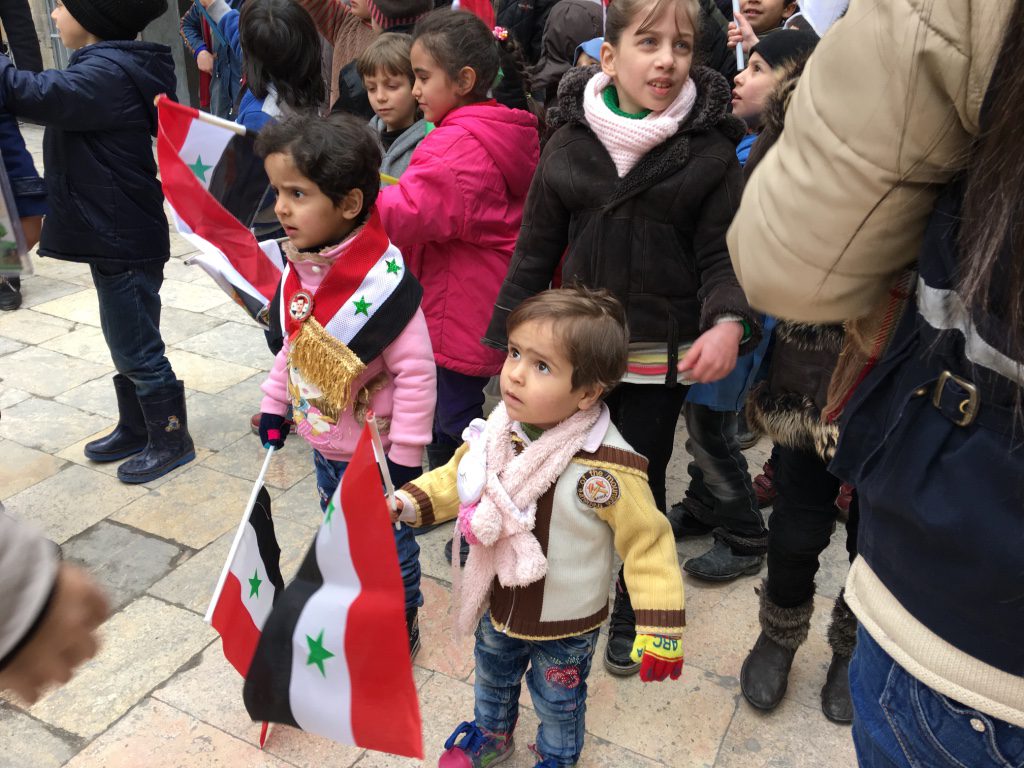 Little but determined and patriotic

Ms. Segi is greatly impressed by how educated and confident the nation is:

“Syrians are the most hospitable, gentle people. When we meet, we never talk about the war, the conflict. It is a tremendous civilization… They always talk about their life, the future. They discuss their poets and their thinkers. People in Syria are very well educated. They know what is going on, on our Planet. Despite what some parts of the world have done to them, they are extremely respectful and polite to everybody. I never heard them speaking ill of others. They appreciate that you come and work with them, and they are confident.”

Foreigners, some foreign organizations and certain powerful countries are often bossing around Syria. As if terrible damage done by the outsiders would not be enough. Ms. Segi is enraged about this fact:

“There have been so many seminars, conferences and meetings on Syria, yet the Syrian people are very rarely invited. All these events are ‘about them’ but without even inviting them, and without listening to them.”

But Syria is standing, and in the field of education, as in the several other fields, it is progressing and even improving, despite the hardship and devastation that is injuring this proud nation. Ms. Segi recalls:

“Once the Minister of Education told me: ‘we are not some nation of beggars. We never beg!’ The Minister and three other top educationalists are true intellectuals, and all of them were educated in the former Soviet Union and the Eastern block countries.”

“On the education front, the system was one of the best in the region, before the crisis began. Now, despite more than 6 years of horrendous war, the system is still standing and strong. Syrians know exactly what they want, and they have the capacity to implement their aspirations. Like in Aleppo; after the victory, the government immediately moved in and began opening schools.” 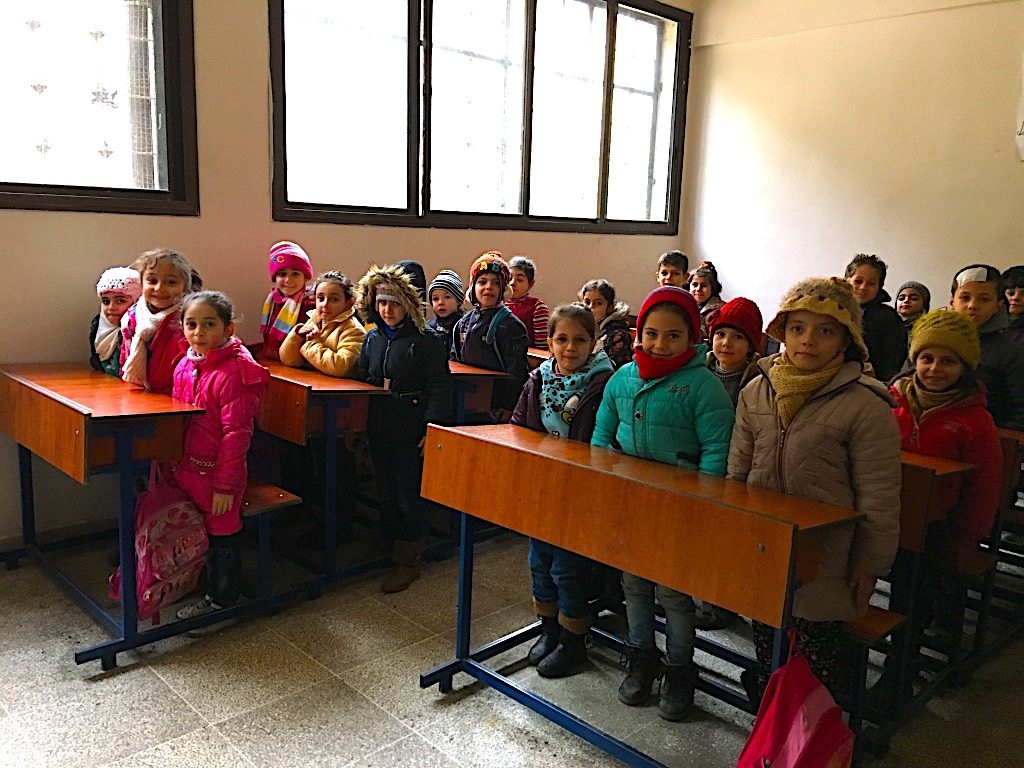 School in Aleppo – still smiling despite the pain

All photos by Yayoi Segi

Yayoi Segi is a Japanese education policy and planning specialist with close to 20 years of international experience working for a multilateral organization. Since 2014, Yayoi has been involved in education sector humanitarian and development work, in the Arab region with focus on Syria, Lebanon and Yemen.

Andre Vltchek is a philosopher, novelist, filmmaker and investigative journalist. He has covered wars and conflicts in dozens of countries. Three of his latest books are revolutionary novel “Aurora”and two bestselling works of political non-fiction: “Exposing Lies Of The Empire” and  “Fighting Against Western Imperialism”. View his other books here. Andre is making films for teleSUR and Al-Mayadeen. Watch Rwanda Gambit, his groundbreaking documentary about Rwanda and DRCongo. After having lived in Latin America, Africa and Oceania, Vltchek presently resides in East Asia and the Middle East, and continues to work around the world. He can be reached through his website and his Twitter.