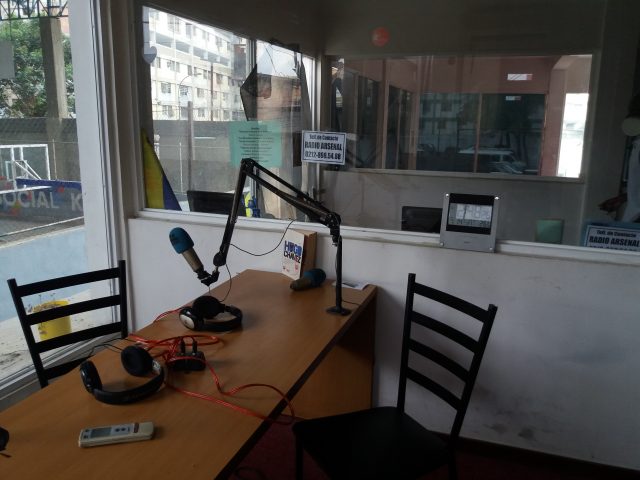 Ricardo Vaz (Investig’Action correspondent in Venezuela) – The 23 de Enero is a neighbourhood (barrio) of Caracas with a rebellious tradition. It was in the eye of the storm during the Caracazo in 1989, the failed military coup led by Chávez in 1992 started there, and the people came down from there to defeat the coup against Chávez in 2002. Nowadays, even with chavismo in power, the people from the 23 de Enero, and the Alexis Vive Foundation in particular, embrace this spirit of rebellion as the engine behind popular organisation. It was in this barrio that the Panal 2021 commune (1) was created, and it was the first commune to be officially registered in Venezuela. The commune is currently developing a host of activities in the spirit of self-government and of building socialism from the communes.

The very name “El Panal” (“Honeycomb” or “Hive”) is no coincidence. The members of the commune drew inspiration from the organisation of bees, which are all workers willing to defend their queen, which in this case is the community, and to protect the hive. There are several socially owned enterprises working in the Panal 2021 commune: bakeries, a sugar packaging plant, a textile factory, a communal bank, tv and radio stations. The community has also started to grow food. 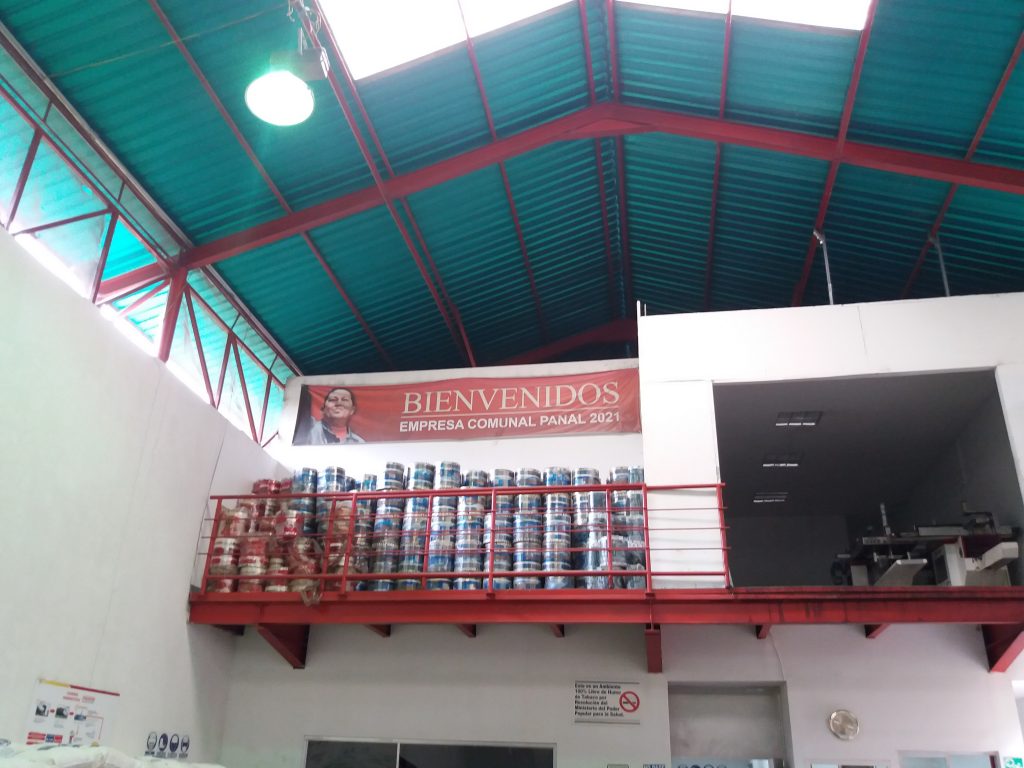 One of the first enterprises set up in the commune was the sugar packaging plant. With a capacity to process up to 30 tons of sugar a day, its operation is planned such as to supply the necessary sugar for the 3.600 families living in the community. Next to this plant an operation to produce animal feed is being set up. This will be destined towards domestic pets as well as chickens and cattle, and it will also be supplied to producers that collaborate with the commune. 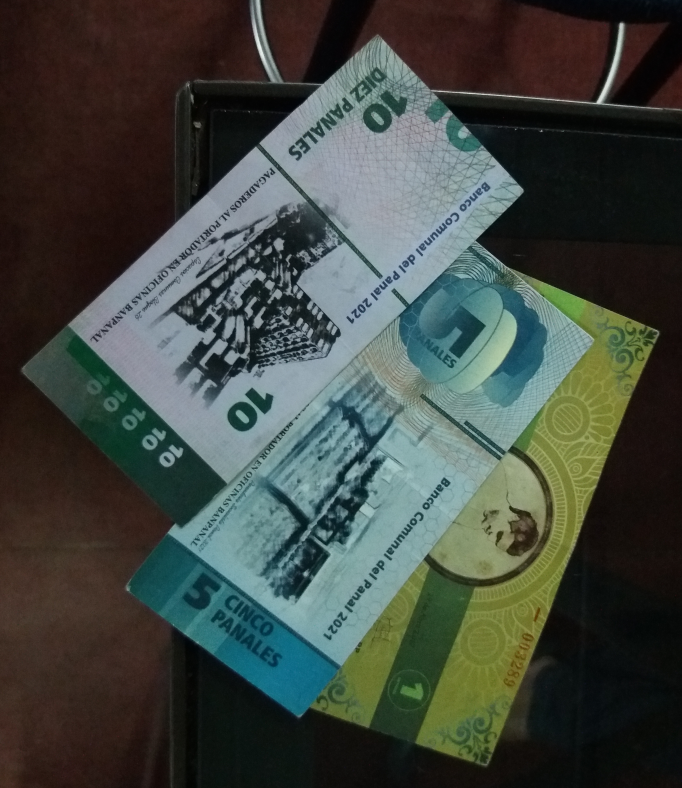 At a time when there is a tremendous shortage of cash, because of inflation and of a massive operation that is extracting bills to Colombia, the Panal 2021 commune, through its communal bank, has issued a currency called “Panal”, which can be used in all businesses in the community. This includes the 243 consecutive communal food markets. These allow people to have access to meat, chicken, cheese, vegetables and much more, at fair prices. Through a platform called “Pueblo a Pueblo” (“people to people”), the commune established direct relations with producing communities throughout the country, thus avoiding intermediaries and the food distribution monopolies.

Another experience currently being developed in the commune is the textile factory “Las Abejitas del Panal” (“little/busy bees”). In a space abandoned by successive businesses, Chávez proposed that a textile factory be set up, as a way to reinforce the role of women in the Bolivarian Revolution. 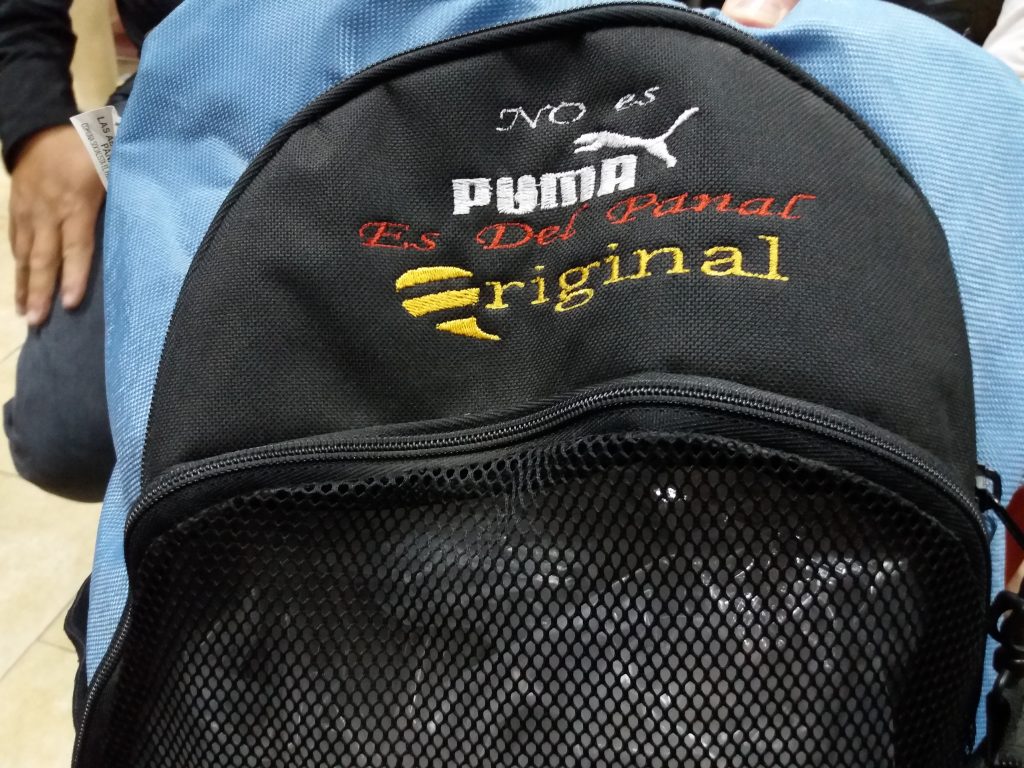 The factory produces clothing, school uniforms, backpacks, re-usable diapers and many other things. Despite not being a capitalist venture which is driven by accumulation, it still suffers the consequences of the economic war, since raw materials need to be bought from private market suppliers. Nevertheless, the “Abejitas del Panal” are determined to provide products that contain 0% exploitation and, as the photo shows, 100% pride.

Faced with the inevitable question about the upcoming May 20 elections, the answers from the many people we talked to were not uniform. They stressed that recent times have been tough and that the Venezuelan people have been hit very hard, which may cause disillusionment when the time to vote comes. However, they argue that socialism is the only model that can provide human rights and a decent life for all Venezuelans. Little by little, this reality is being built by the comuneros of Panal 2021.