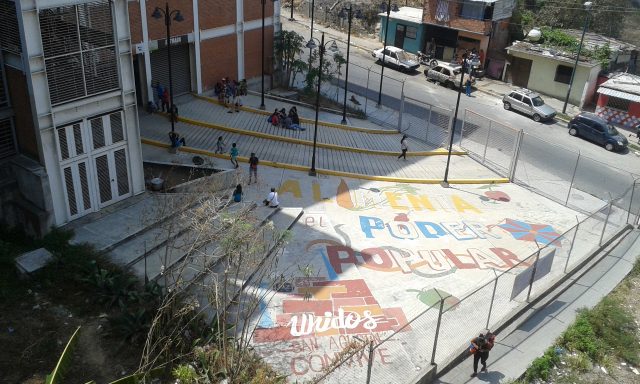 (Investig’Action / Ricardo Vaz in Caracas) – “Pueblo a Pueblo” is an initiative undertaken to fight back against the economic war that has hurt the Venezuelan people in their access to food. The idea is to organise the different links of the chain (production, distribution and consumption) in order to be rid of intermediaries. This way food is taken directly from the “pueblo” in the countryside to the “pueblo” in the city (1). We had the opportunity to talk to Martha Lía Grajales and Ana Graciela Barrios, who are part of the “Unidos San Agustín Convive” cooperative, which is involved in this experience, as well as witness a cooperative assembly and the food consumption event.

Nevertheless, our visit to San Agustín is due to another “tradition”: popular organisation. In the midst of an economic war that has meant severe difficulties in terms of access to food, the communities of San Agustín, through the Unidos San Agustín Convive cooperative, joined the “Pueblo a Pueblo” program. It is an initiative created by peasants in the west of the country that Martha describes as follows:

“The idea is to generate processes of organisation and politicisation with a logic that is an alternative to capitalism. Processes centred on the peasants/farmers, which assume a class-oriented logic, in which the common problems related to production are presented and their solutions found collectively as well.”

Some of these problems have to do with the dependence on imported seeds, which becomes harder in times when the government has been forced to cut back on imports. Therefore peasant communities have been developing processes to rescue native seeds, as well as implementing agricultural practices that are less harmful to the land, with less agro-chemicals. Especially important, Martha sustains, is planning the harvests, so that producers are not as vulnerable to the fluctuations of the market. 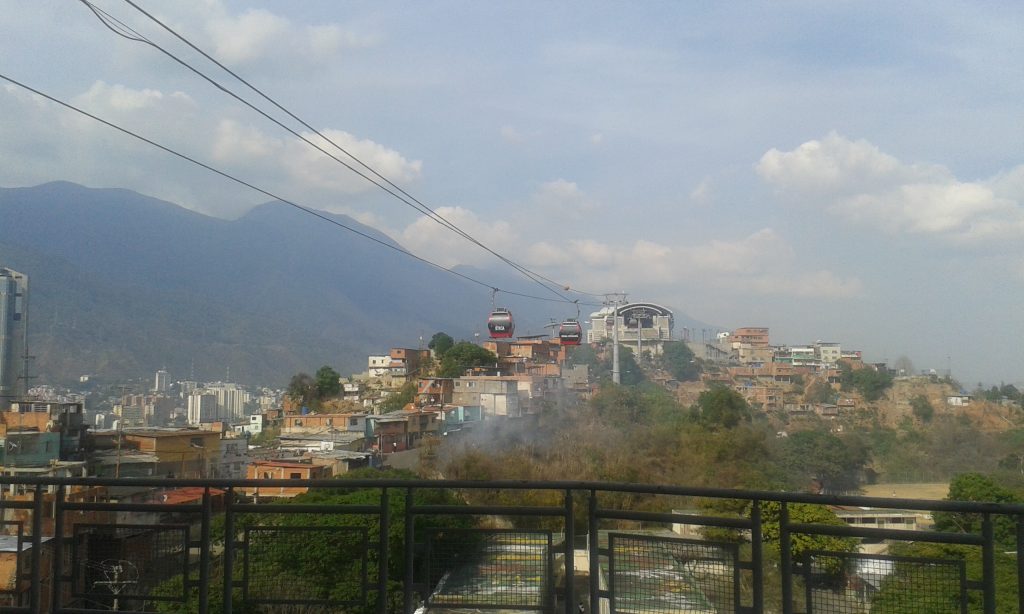 Beyond the organisation at the level of production, it is also necessary to do it at the level of distribution and consumption, in order to be rid of the intermediaries, as Martha explains:

“What we have been doing is organising the final link of the production chain, which is consumption, framing it as practical exercise of socialism. As such we can see an emphasis on democratic processes, horizontal assemblies, an equal distribution of food, public processes of accountability after each food consumption event, and if there is any surplus left it is re-invested in the cooperative.”

Martha also points out that the challenge is not just to consume in an organised fashion, but also to produce. It is impossible to grow food in San Agustín, but the cooperative is moving forward to raise egg-laying hens. And a small group has been producing clothing, for now underwear for children (girls), which will be exchanged in the opposite direction with the “Pueblo a Pueblo” peasants, in a friendly manner and with a transparent cost structure. 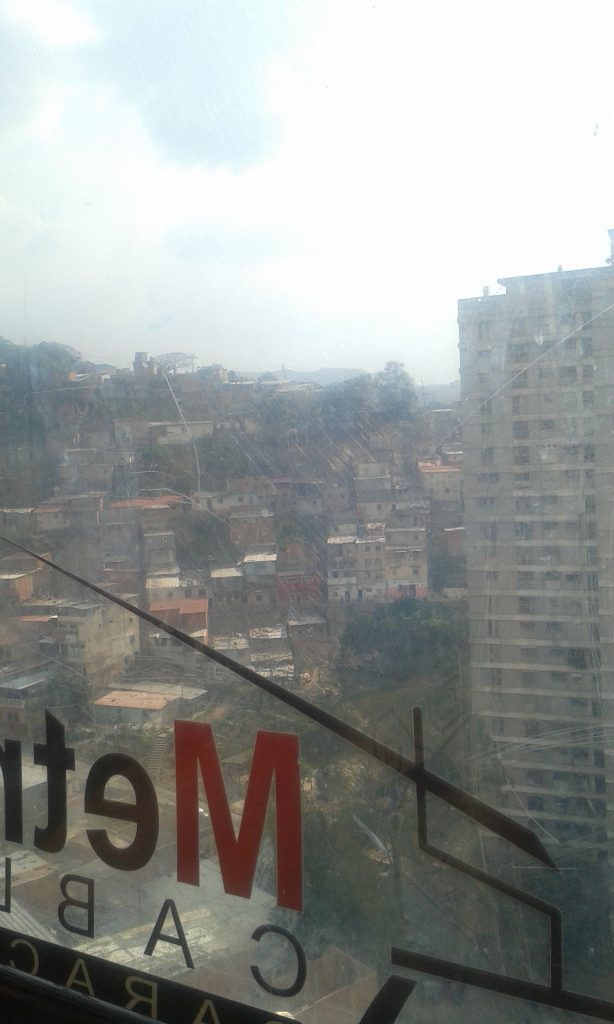 It is worth noting that, in one of the most violent neighbourhoods of the Libertador municipality, this initiative has succeeded in mobilising people from different sectors, something they might have avoided doing in the past. In fact, the consumption events that take place every two weeks rotate between three places: Hornos de Cal, El Manguito and Terrazas del Alba. The initiative started one and a half years ago, and the number of families participating has risen to about 150 in each of the three locations.

In times of economic war, with food prices constantly rising, this is an important initiative, as Ana describes:

“The access to vegetables allows families to complement their diet, with natural products that have little use of chemicals. Not only that, they are much cheaper than what one would pay on the street. Alongside the CLAP bag (2), which contains processed products that are important in the Venezuelan diet, this is an important contribution.”

It also helps to reduce the dependency on the CLAP deliveries, which do not always happen on a regular basis, sometimes due to the financial blockade being imposed against Venezuela. As for the consequences of the crisis and inflation on the program itself, Ana points out that prices have gone up. This is in part due to rising production costs, but also because the peasants that take part also see their living costs rise. This produces difficulties on the consumption side, because even though the vegetables are sold much cheaper than outside, it still takes a reasonable amount of money to buy a large amount of vegetables at once.

Nevertheless, Ana assures us that “the continuity of the process is not in question, because besides its organisational and political potential, in concrete terms it offers a solution in terms of access to food.”

The assembly, to prepare the consumption event, is masterfully chaired by Martha, who strikes a seemingly impossible balance, on one hand allowing everyone to intervene and feel comfortable, and on the other moving forward with the schedule so that the meeting does not last for hours. Amongst the 35 participants only 4 are men, and Martha addresses the group calling them “muchachas” or “compañeras” with nobody flinching.

The first point on the agenda are the reports from the multiple work-groups of the cooperative. The process to raise laying hens has been moving forward, the hen houses have been built, and now it is a matter of choosing where to place them. The group of textile workers talks about the production of underwear for children, the difficulties due to skyrocketing raw material costs, and the assembly decides that the most recently produced batch should be taken to Spain by the member who is going to receive a prize (3). 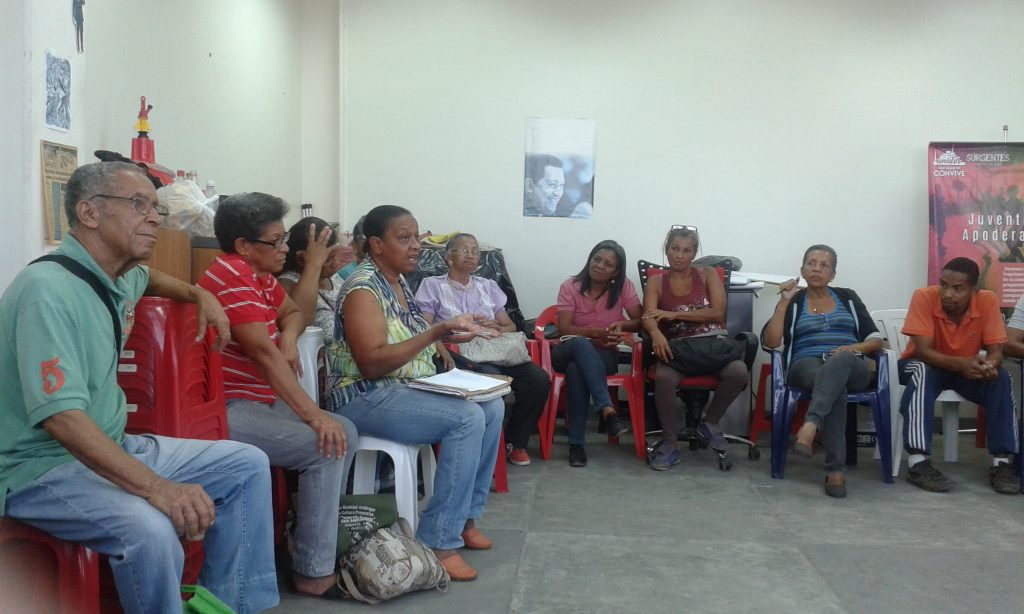 The following work-group announces, to everyone’s delight, that the process of legally registering the cooperative is almost completed. This will open up new possibilities, for instance to request that the municipality award them space to build a storage facility. On the matter of production there is also talk of what comes after the hens, namely raising rabbits and sheep. Equally welcomed are the news that thre has been progress in the process of requesting a truck from the Interior Ministry (see below). The only work-group that has yet to start moving is the processing one, which has as a first task the processing of 7 kg of corn supplied by the El Maizal commune. The spokesperson for the group assumes her responsibility, which is mitigated due to having brought coffee!

Then comes the time to register volunteers for the different taks of the consumption event: registration, unloading, logistics and accounting. People volunteer, sometimes complaining of other difficulties, to which Yamile Anderson, one of the participants, replies reminding everyone that “here everything is done with love”. 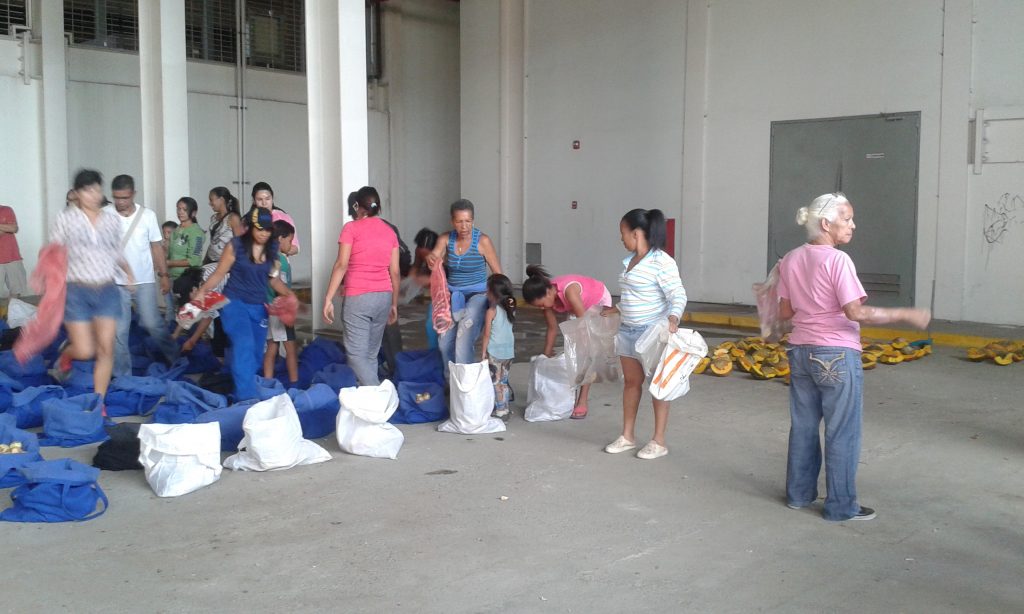 Finally the day of the consumption event arrives. The truck arrives early in the morning with the vegetables, which are then unloaded, weighed and divided in equal parts, in this case 100. In this parking lot under the cable car station, 100 bags are placed on a grid, and the different foods are also place in grids. The vegetables being distributed today are potatoes, onions, carrots, scallions, yams, cassava, pumpkins, cabbages, cilantro and garlic.

What happens next could, for a second, be mistaken for fordist assembly line. A group of people lines up in a row, each with a blue bag in front of them. A second group lines up from this first one towards the particular vegetable being distributed. And a third one gathers the small empty bags from the first group in order to fill them up and hand them over to the second one. Once a row of bags is filled, the first group takes a step forward, and so on and so forth. 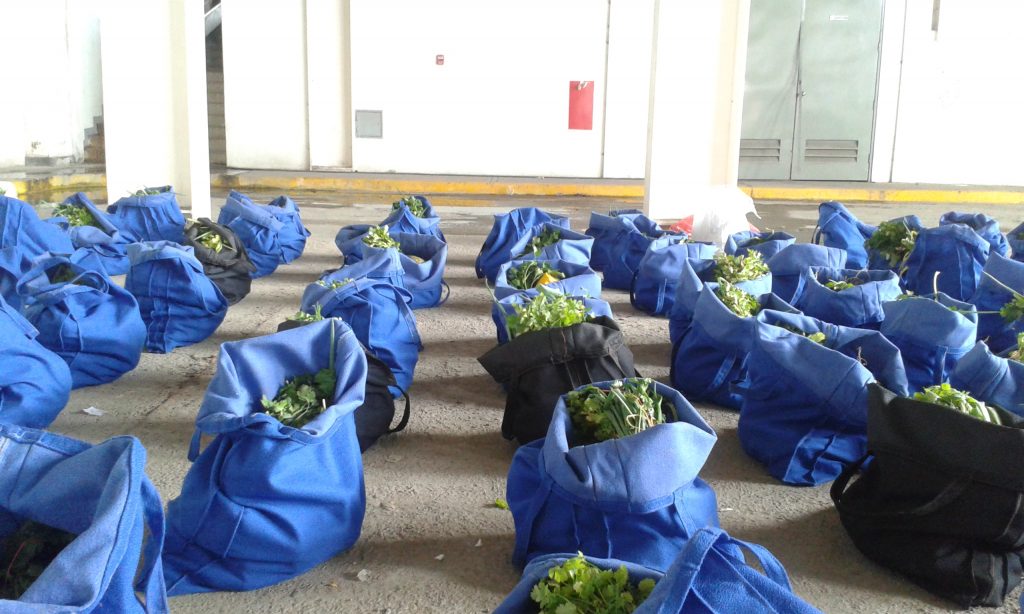 Vegetable bags at the end of the process (Photo: Ricardo Vaz)

Of course this is a process that has nothing fordist about it. From the blaring salsa music that infects everyone to the rounds of applause that follow whenever the distribution of a given vegetable has been completed, it is impossible not to recall the words of Yamile – everything is truly done with love. The final result are 100 bags with 10 kg of vegetables, to be sold around 70% cheaper than through the conventional market. When this is done, the people who registered for the consumption are called, one by one, to gather their bag, weigh it, and pay for it.

While all of this is going on, a group of women prepares the mandatory sancocho (a hearty soup). With some ingredients from the consumption event and others that people brought, the giant pot over the fire symbolises a process that is almost synonymous with the construction of a communal spirit.

A truck for San Agustín!

The Unidos San Agustín Convive cooperative is currently in a crowdfunding campaign to buy a (used) truck. The main motivation, as Martha and Ana explain, is to connect to producers, most of them women, in Carayaca (Vargas state). This is a very isolated region, only accessible with a 4×4 car, which makes producers more vulnerable to intermediaries. This is not meant to be a separate project, but a new axis of the Pueblo a Pueblo platform.

The cooperative has also asked that the Interior Ministry assign them a truck out of the ones apprehended for drug trafficking or contraband. Although there have been positive developments in this regard, the question is far from settled. And even if it does work, the truck will surely need a sizeable expenditure to get back up and running, especially with the growing costs of tires, batteries and other car parts. So the campaign funds would thus be destined for this purpose. 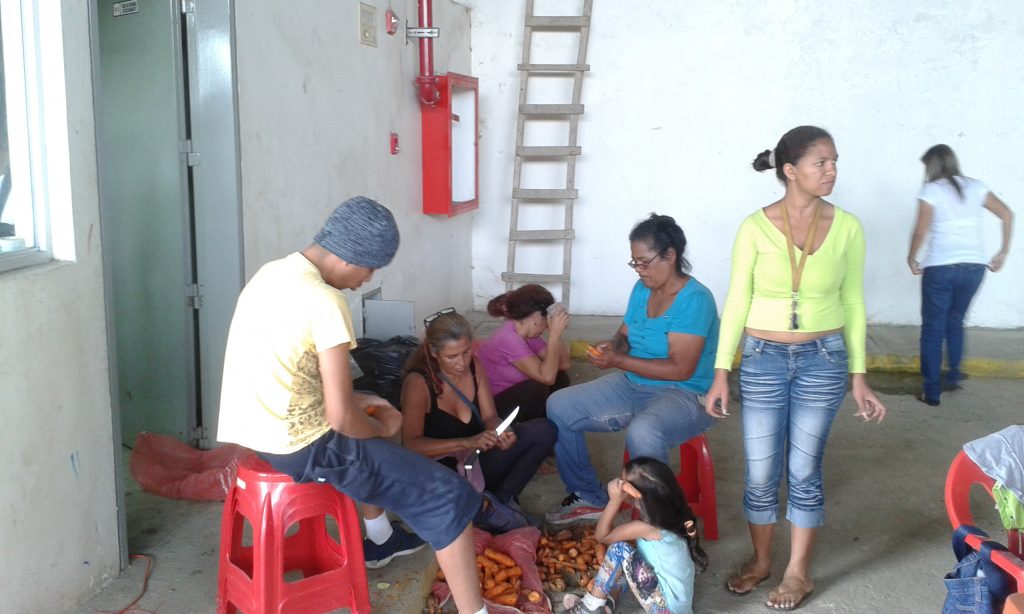 It is a tremendous mistake that leftist people and organisations limit themselves to analysing Venezuela through the prism of (supposedly more evolved) western democracy. Especially because they end up, directly or indirectly, lending more strength to the imperialist aggression that Venezuela is facing. On the other hand, experiences such as this one, of people organising in a logic that is alternative to capitalism, should be worthy of interest and support from all those who consider themselves leftists. Not only that, they are essential to understand what is truly revolutionary about the Bolivarian Revolution. In the end, Martha sums it up better than anyone:

“Despite all the difficulties and contradictions of this process, there is a pueblo that has decided to be free, and it is out there fighting.”

(1) We are deliberately keeping the word “pueblo” in Spanish, because it is not just used with the meaning of “people” (“gente”) but with the connotation of community or organised people.

(2) The CLAP (Local Committees for Supply and Production) are a government initiative that delivers boxes/bags at subsidised prices containing some of the main staples of the Venezuelan diet: cornflour, pasta, rice, black beans, cooking oil, and more. These are delivered door to door through local community organisations.

(3) The Unidos San Agustín Convive cooperative and the Colectivo Surgentes were awarded a prize by the Bienal Internacional de Educación en Arquitectura para la Infancia y Juventud for its project with local children to turn (paint) a stairwell into a river.

Communes and Workers’ Control in Venezuela – interview with Dario Azzellini