Palestinian prisoners on the front lines: 69 years of resistance to ongoing Nakba, struggle for return and freedom 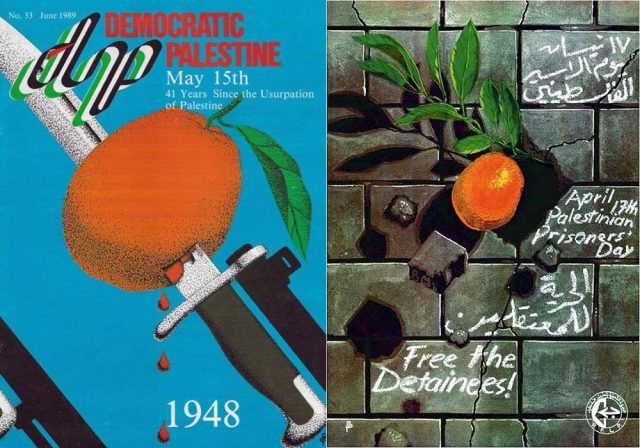 On the 69th anniversary of the Palestinian Nakba, the occupation of 78 percent of Palestinian land by Zionist forces and the forced displacement and expulsion of 750,000 to one million Palestinians from their homes and lands, Samidoun Palestinian Prisoner Solidarity Network emphasizes our solidarity with the Palestinian people’s ongoing struggle for return and liberation.

Palestinian refugees struggling to return following the Nakba were constantly targeted for imprisonment and criminalization, labeled “infiltrators” and a menace to the Zionist state. At the same time, Palestinian political organization in Palestine ’48 was ruthlessly suppressed and criminalized. From the beginning of the Zionist colonization of Palestine, imprisonment has been a consistent and widespread weapon of colonialism in an attempt to undermine and suppress the living resistance of the indigenous Palestinian people.

The struggle of Palestinian prisoners has also reflected both the international nature of the struggle and the worldwide displacement of Palestinian refugees denied their right to return. The United States, European powers and other colonial and imperialist states have aligned with the Zionist movement, the Israeli occupation of Palestine and its ongoing Nakba: the confiscation of land, racist laws and apartheid structure in Palestine ’48, the imprisonment of one million Palestinians, the attempt to erase Palestinian identity and existence in Jerusalem, the siege on Gaza and the denial of the right to return for millions of Palestinian refugees. This is also reflected in the labeling of Palestinian resistance movements as “terrorist organizations” and the imprisonment of Palestinian strugglers – often refugees themselves – by the same states whose economic, military and diplomatic complicity and support makes ongoing Israeli settler colonialism and apartheid possible.

From the imprisonment of Georges Ibrahim Abdallah – Lebanese struggler for Palestine, inspired by the Palestinian revolution and its leadership in the Arab struggle – for 33 years in France, to the persecution of Rasmea Odeh, former political prisoner and current-day community leader, and the Holy Land Five in the United States, the Palestinian political prisoners in international jails are also prisoners of the ongoing Nakba and resisters struggling to bring it to an end. These veterans of struggle continue to live today, including the first wounded prisoner of the Popular Front for the Liberation of Palestine in Israeli jails, Sakhran Sakhran, imprisoned in 1966 and held for many years before winning his freedom in a prisoner exchange; today, he continues his struggle in the Palestinian community in diaspora.

The Strike of Dignity and Freedom: Resisting the Continuing Nakba

There are currently approximately 6300 Palestinian prisoners in Israeli jails, part of the 1,000,000 imprisoned since 1948. 1500 of them launched a hunger strike, now in its 29th day, on the 17th of April, Palestinian Prisoners’ Day. The Strike of Dignity and Freedom demands an end to denials of family visits, proper health care and medical treatment, the right to education and an end to solitary confinement and imprisonment without charge or trial. More than that, however, it asserts Palestinian freedom and Palestinian dignity against the ongoing Nakba, embodying Palestinian resistance as the prisoners have for over 69 years. Today, they are struggling, and indeed, leading the struggle, for the freedom of Palestine, its land and people.

Palestinian political leaders like Ahmad Sa’adat and Marwan Barghouthi are held behind bars in an attempt to isolate them from the struggle of the Palestinian people. Instead, however, they are far from isolated and their words echo around the world as the imprisoned leaders of the Palestinian liberation movement.

On the 69th anniversary of the Nakba, Samidoun Palestinian Prisoner Solidarity Network greets this occasion with remembrance and mourning for the lives and land taken by colonialism, apartheid, Zionism and occupation in Palestine. More importantly, however, we meet this anniversary with a renewed and deepened commitment to build our solidarity around the world with the Palestinian people’s struggle for return and liberation. We urge all movements for justice and liberation to expand our common struggles and links of solidarity to struggle together to confront mass incarceration, political imprisonment and the criminalization and oppression committed by racism, capitalism, Zionism and imperialism, from the United States to Ireland to Turkey to France to the Philippines.

What does the Nakba Mean to Young Palestinians in Israel?