Palestine, Israel, the US, and how South Pacific countries are selling their votes 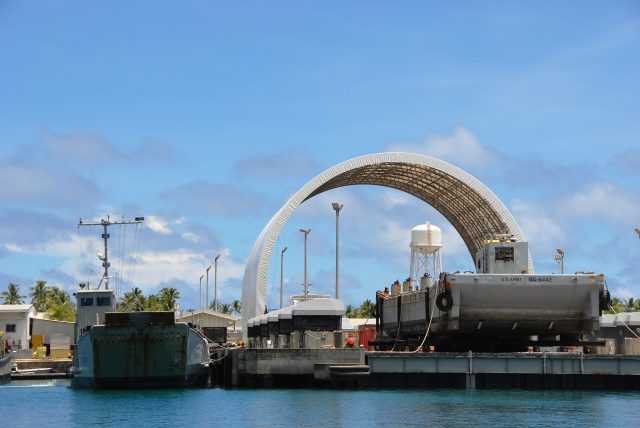 Here it goes again! Several countries of Oceania (also known as South Pacific Nations), or however you want to call that vast, beautiful but thoroughly devastated part of the world, have voted “for Israel”, “for the United States’ proposed resolution at the United Nations”, and therefore, “against Palestine”.

“The United Nations General Assembly has voted by a huge majority to declare a unilateral US recognition of Jerusalem as Israel’s capital “null and void”.

At an emergency session of the General Assembly on Thursday, 128 countries voted in favour of a resolution rejecting US President Donald Trump’s controversial decision on December 6.

Nine countries voted against, while 35 abstained.

Trump had earlier threatened to cut aid to UN members who would vote against his decision.”

Did scarcely inhabited island-nations that are lost in the middle of a tremendous body of water, go crazy?

After all those horrific nuclear experiments committed there, against their people, by the United States, France and the UK; could local people sincerely believe that the truth as seen from Washington is the only legitimate truth on Earth?

After the naked modern-day colonialism, which is being implemented by Australia, New Zealand, and France, and, of course, by the United States, have the people of Polynesia, Melanesia and Micronesia become blind?

After total dependency, after decades of humiliation and virtual slavery, do the inhabitants of Oceania believe that their fellow victims in Palestine do not have the right to live in their own state, without barbed wire; that they shouldn’t have their own historical capital?

The answer to all these question is, actually: “No”.

They do what they are doing simply and only because they have no choice. 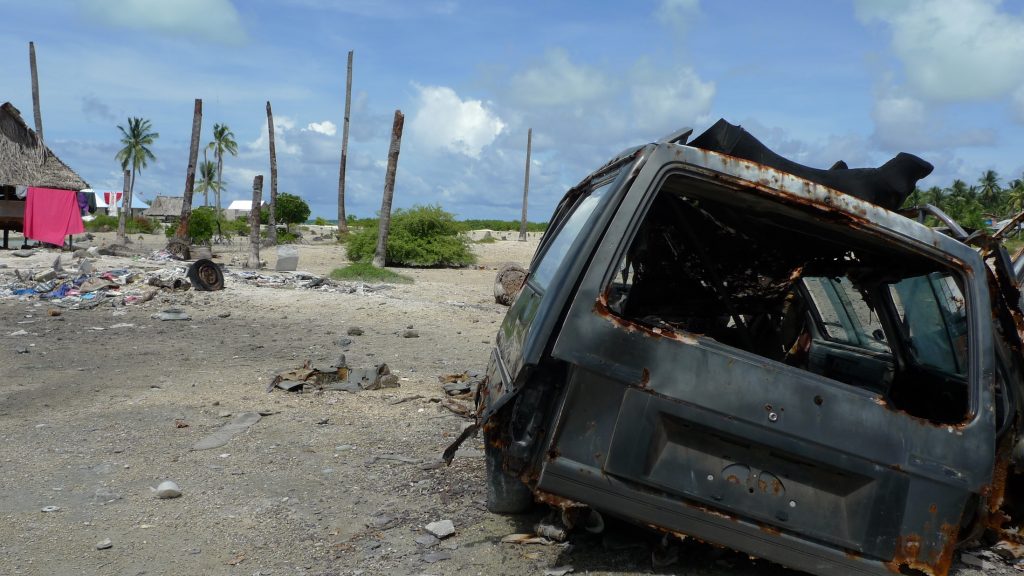 When working on my book. Oceania, travelling all over the South Pacific, I visited a Jesuit priest and the region’s prominent intellectual, Francis X. Hezel. Our encounter took place in the capital of the Federated States of Micronesia (FSM) – Pohnpei.

Father Hezel has been amassing important materials and documents in his private archive, proving beyond any doubts that the US occupation of Micronesia after WWII led to a dramatic decrease of life expectancy and the standard of living of the islanders. He explained:

“Life here became shorter, and much worse than under the Japanese imperial rule. And this was not some ‘Communist propaganda’. It is written right here, in the report produced during that period by the US Department of State.”

But back to ‘voting’, or what is often called “vote selling”. Father Hezel offered a very explicit story to illustrate the reality:

“One day I had an entire television crew from Israel parked at my office. I had no idea what they were doing here. Why would they travel so far, to such a small and insignificant country? Finally I understood: the Israeli public was fascinated with this place; they wanted to know who are those people who keep voting in the U.N. against most of Security Council resolutions, in this way supporting Israel and the United States against the entire world…”

In my book Oceania, I later wrote:

“Pacific Island votes at the UN are openly for sale, especially when peace in the Middle East is at stake. To illustrate the absurdity of the game: at a time when several countries in the region are becoming uninhabitable as a result of global warming, both Nauru and Kiribati, itself one of the sinking nations and therefore a victim, voted against the Kyoto Protocol.

But it is not only profit that propels tiny nations in Oceania to sell their votes; it is also the fear of retribution.

“In the late 90’s our government voted at the UN against the US on the issue of landmines, recalled the then Foreign Minister of Marshall Islands (RMI), Tony deBrum. “As a result, our party lost the elections.””

In December 2017, out of the nine countries that voted against the UN resolution, one was the United States itself, while the other eight were: Guatemala, Honduras, Israel, Marshall Islands, FSM, Nauru, Palau, and Togo. Two were de facto US semi-colonies in Latin America, ruled by brutal pro-Washington cliques, one a tiny and dependent African nation, while four were the Micronesian and Polynesian nations and of course, Israel. 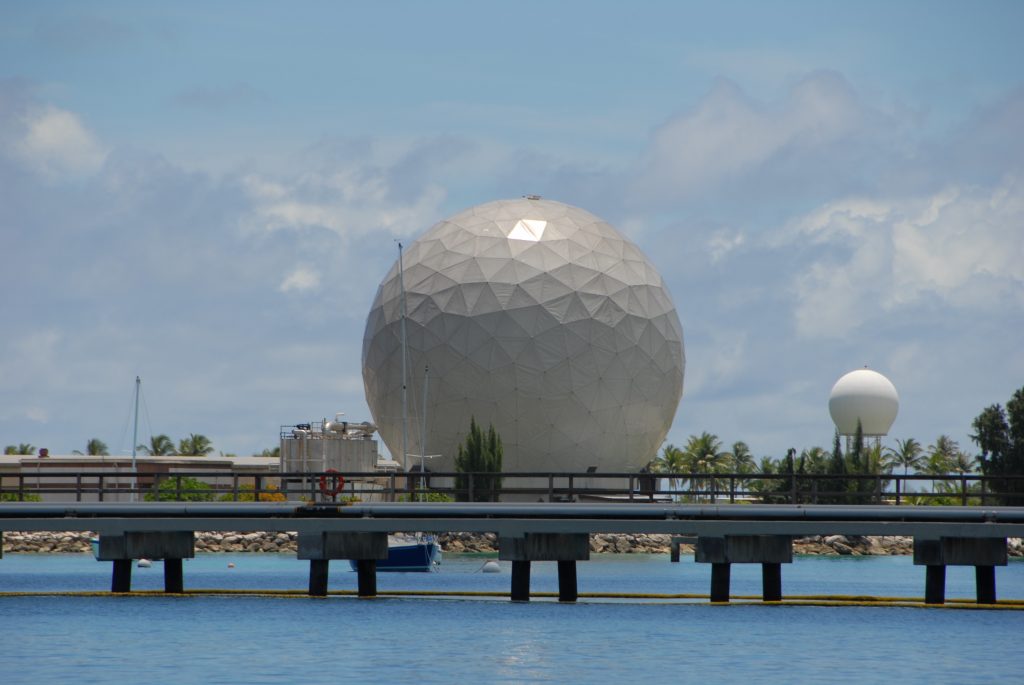 The Pacific Island nations are selling their votes, for profit or out of fear.

The West is also using them in an attempt to isolate China.

Presently, six countries of Oceania, have fully established diplomatic relations with Taiwan, after being, as was described to me by the former Foreign Minister of RMI, Tony deBrum, “encouraged” by the West.

At least three of them – Tuvalu, Marshall Islands and Kiribati – are at the frontline of the climate change disaster: they are becoming uninhabitable due to global warming and the consequent rising of sea level.

China is the only country that has been willing to, altruistically, help the countries of Oceania: by building anti-tsunami walls, by planting mangroves, by elevating schools, hospitals and government buildings, or by building sports facilities in places where around 90% of adults is suffering from diabetes, often due to dumping there some of the most unhealthy food from the US, Australia and elsewhere.

The more successful China got in helping South Pacific nations, the more ‘encouragement’ Taiwan received from the West; an ‘encouragement’ to come, to corrupt local ‘elites’, and to push China away. Any country that recognizes Taiwan as an independent nation gets diplomatic relations with China (PRC) broken immediately. Everyone knows it. And there is not one Western country that would take such an insane step.

After China leaves, the countries of Oceania can only rely on the pathetic, cynical and hypocritical “foreign aid” offered by the West, while their corrupt leaders negotiate with New Zealand and Australia the final ‘evacuation project’. Entire countries like Tuvalu may soon be forced to move abroad. 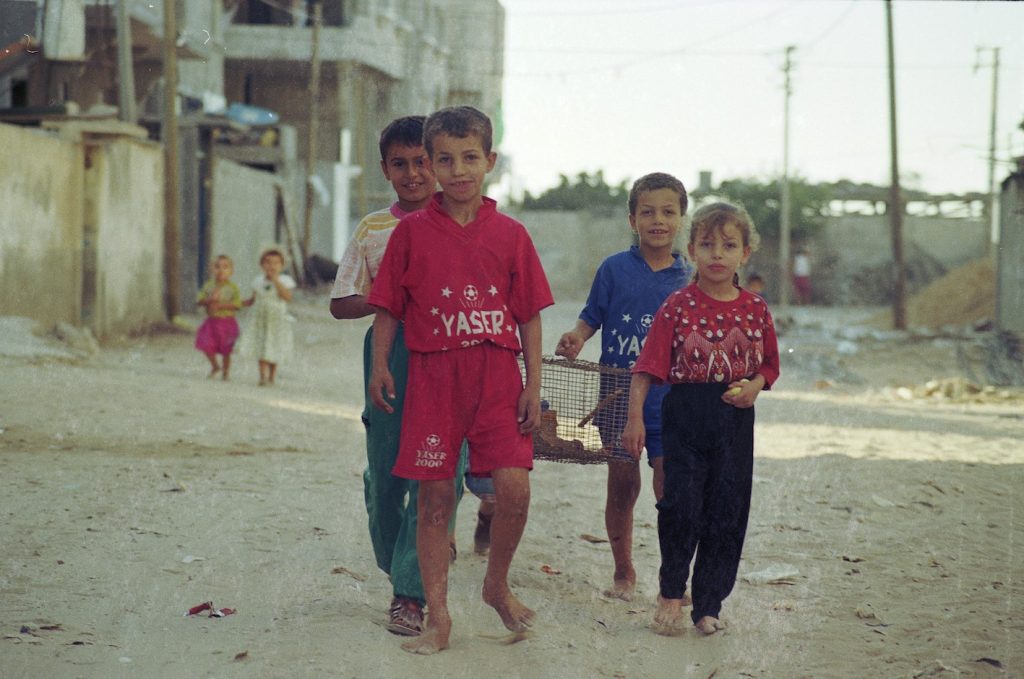 The selling of votes by South Pacific Island nations appears to be shameful, but in fact it is nothing else than an act of total desperation.

The Empire has reached great mastery in implementing the “divide and rule” strategy.

The victims, often defenseless and robbed of everything, are forced to vote against those who are suffering similar fate at the opposite side of the world.

Palestinians are involuntarily living in a cage.

People of Oceania, who used to be the greatest seamen, are surrounded by the vastest expanse of water on Earth, but in the same time they are confined to tiny specks of land, often scarred by Western military bases. Trash and decay are everywhere. Hopelessness rules.

Empire looks dumb but it is not. It is ‘only’ evil. It knows everything about both parts of the world. And it is torturing them relentlessly and with perverse sadistic delight.

The West is Finished, But Why?

The West is Becoming Irrelevant, The World is Laughing