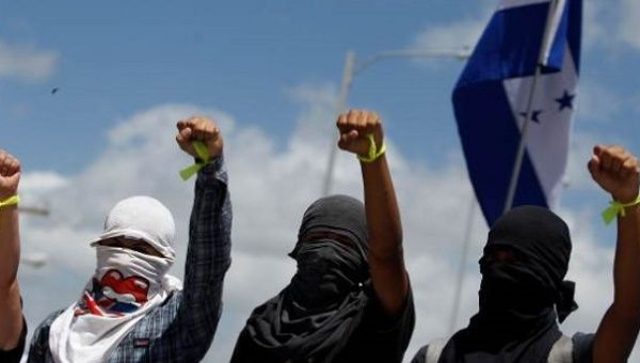 The campesinos are demanding better working conditions and health care from their employer.

Over 2,000 Honduran campesinos have taken over ten farms in La Lima belonging to the Tela Railroad Company, a successor organization to the since-dissolved United Fruit Company, La Prensa reported Wednesday.

The campesinos, demanding better working conditions and health care from the company, have vowed to indefinitely occupy the space until they take action.

“They’ve taken away doctors for primary attention at the private hospital run by the company, making it hard for us to get treated,” strike leader Manuel Diaz told La Prensa.

Tela Railroad Company has not commented on the matter and has not announced retaliatory actions.

United Fruit Company began building railroads along Honduras’ northern Caribbean coast in the late 19th century, using them to transport fruit en route to North America and Europe. The former company was responsible for the deaths of thousands of campesinos protesting for the right to organize during the early 20th century.

In 1954, tens of thousands of banana workers began a wildcat labor strike in the northern city of Tela, demanding an eight-hour workday and a union. The strike, which witnessed the birth of the Communist Party of Honduras, was met with severe repression by landowners connected to United Fruit Company and military police.

By 1984, former United Fruit Company chief Carl Lindner renamed the organization Chiquita Brands International in an attempt to erase the company’s dark past. The company’s operations in Tela later became known as the Tela Railroad Company.

Many of those occupying the farms in Tela are the descendants of those who led and participated in the 1954 strike.

Honduras: ” They want to terrorize the communities that fight to defend their territory”