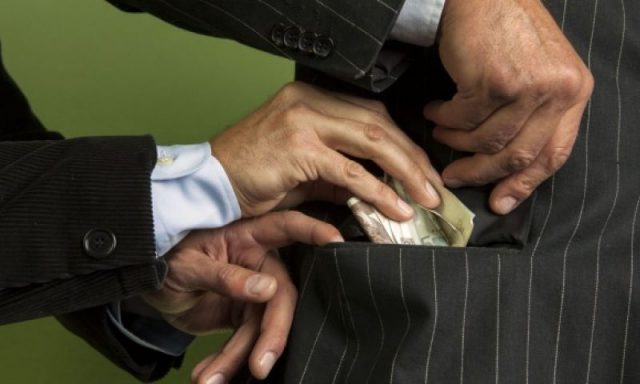 The investigations conducted by the United States Department of Justice on the payment of bribes to Latin American politicians by the Brazilian transnational Odebrecht, have had an over-dramatic and sensationalist approach. As if corruption is a recent invention, or was born in 2016.

What the media tries to make seem as a one of a kind case, cause and motivation of global indignation, in fact has a long history in corporations that control the world, and especially those which have dominion over the most strategic resource: oil. These are the true masters of corruption.

Although capitalism’s history is saturated with corrupt operations (described by Karl Marx as the origin of capital accumulation, the first great act of corruption of the bourgeoisie), there are recent cases that tend to eclipse others, both in terms of their magnitude and the silence organised by the companies responsible.

In this case we are not talking about just any company, but a monster of global capitalism: the American oil company Exxon Mobil. Although the never-ending incidents of corruption involving transnational corporations can result in hundreds of books, for the moment we will be dealing with one of the best-developed (and most effective) influence peddling and bribery schemes outside the United States.

According to documents obtained in June of last year by The Guardian, Exxon Mobil is being investigated by Nigeria’s economic and financial crime unit for bribery in the process of renewing their license on valuable oil wells in the African country, approved for the first time in 2009.

Exxon Mobil’s offer to the Nigerian oil authorities, for the use and exploitation of the rich oil fields of Oso, Ekpe, Edop and Ubit for 20 years, amounted to US $ 1.5 billion. Altogether these oil fields amounted to a daily production capacity of 580 thousand barrels of crude, a third of the country’s total oil production.

Global Witness, an international transparency and anticorruption group, referred to these wells as “the crown jewels” of Nigeria. It great business.

According to Global Witness this is what led to suspicion and further probing of Exxon Mobil’s bribery scheme: Chinese Oil Company CNOOC offered $ 3.7 billion for the same wells, more than double what Exxon Mobil offered. After several meetings, the price requested by the Nigerian government fell from $ 4 billion to $ 2.5 billion, and then again to what was finally paid by the US oil company. According to the aforementioned organization, such a disadvantageous contract had to have been accompanied by the payment of bribes to the civil servants in charge of the auction.

Proving this entire scheme, Nigeria’s former oil minister, Diezani Alison-Madueke, in the midst of complaints from other Nigerian government officials, was arrested and then released by British authorities in 2015 for his link to the Exxon Mobil bribe scheme for the license renewal on the wells. The case was hushed up and Exxon Mobil was never legally implicated, and other Nigerian officials had to clean up the mess.

Perhaps the bribes are not so peculiar, but the underlying issue here is how Exxon Mobil managed to exploit oil wells in Nigeria for a tiny price compared to their real value. They had savings of over 2 billion dollars compared to the initial offer. Herein lies the core of the fraudulent scheme and the theft of a nation’s main resource.

But this is not new for Exxon Mobil. In 2003 the company used front men to bribe Kazakhstan officials with more than 120 million dollars , in order to be granted exclusive access to large oil reserves, just like they did in other countries in Asia and the Middle East, with the objective of preventing competition in bids for oil exploration projects. The fact that most of these cases are taking place in poor and peripheral countries (including Latin American ones) provides an clue: the misery generated by these oil companies greases the wheels of the ruling class (reflecting that situation) to be more inclined towards payments and bribes of all kinds by this and other corporations, which expedite the exchange of national resources or exclusive business for a minimum profit.

What is called “institutional weakness” or “failed states” is the consequence of how the capitalist means of production shaped the distribution of surplus value on a global level and its framework of survival beyond the ruling class, leaving countries that produce energy and labor-intensive resources kidnapped by corporations through blackmail and extortion. In the United States and Europe corruption is different, given that a large part of the income is already a product of what has already been stolen from these poor nations. The conflict of interest surrounding these superpowers revolves around how to maneuver and speculate with the monstrous amounts of surplus value extracted. While in rich countries these are little excesses, in poor countries they are a tiny fraction of the total profits.

An investigation by the Huffington Post suggests that this same pattern of bribery payments from Exxon Mobil and other corporations has been replicated for decades in countries such as Tunisia, Cameroon, Iraq, the Republic of Congo, the United Arab Emirates and South Africa, among others. And without a doubt in Latin America, where Exxon Mobil managed to take possession of large amounts of oil reserves in southern countries until the arrival of progressive governments, who put an end to the looting.

Ken Silverstein, author of “The Secret World of Oil”, unveiled Exxon Mobil’s bribery schemes with utmost precision: “It’s not always a flat bribe … Let’s suppose you were a company that wanted a concession in Nigeria. Well, you would go and give Stakeholder A, for example, one million dollars. Stakeholder A would go to his friends from the Nigerian government and send half a million dollars to a few Swiss bank accounts, or you know, just offer a suitcase full of money, that’s all. Stakeholder A kept his half a million, government officials had their half a million, and the company (Exxon Mobil) got their oil concession. Quite simple really, fairly straightforward.”

The way it works

We could keep ourselves in the comfort of moral analysis and claim that Exxon Mobil is an evil company. As we all know, it is an oil exploiter of poor, delinquent and corrupt countries, but that is the essence of capitalism. Or do we seriously believe that capitalism and business function on the basis of solidarity and legality?

If Exxon Mobil had not paid these bribes to Nigerian or Kazakh officials, or in any other country, they would surely have lost the possibility of getting those wells, since the competing companies, whether Chinese or American, were willing to pay more than them and get that oil. It is a war where the most criminal company wins and this ethic proliferates throughout the entire global economy, in all shapes, sizes, dimensions and places, including governments as legal leverage. No company can escape this if it wants to stay alive.

It’s the principle of global business competition, without moral complexities or ethical dilemmas; the problem is capital and accumulation. A company’s success lies there, not in its righteousness. Whoever pays more bribes and is willing to transgress the law will impose their power upon the others in the economic jungle. Furthermore, those laws, rather than being regulations, can become political instruments to be used against other companies.

The mechanics of Exxon Mobil (like any other transnational corporation) are natural to the capitalist system. Basically, the explanation is that they do not resort to these practices in order to get hold of a particular business venture, someone else will. The capitalist system is run by one basic principle – obtaining maximum profit whatever the cost may be. If a company, regardless of who it is, fails to achieve that goal or aspires to be law-abiding, it will surely be crushed by a smarter and more skillful one, without dwelling on the moral dilemmas surrounding a briefcase full of dollars.

So the problem of private or public corruption is not moral or ethical, but how the system works and how its logic is reproduced on a planetary scale. It isindispensable for the continuity of the capitalist system and for settling inter-company battles.

That is why the Odebrecht case, beyond the global indignation that the media tries to manufacture, is neither special nor unique, neither the first nor the last of such cases.

In that case, they were following the steps of a successful company like Exxon Mobil, which has been able to shape its path, the only way that exists, ruling over countries by enforcing bribery, influence peddling and commercial extortion, positioning itself as the world’s leading oil company.

How else could Odebrecht be the Exxon Mobil of construction in Latin America, if it was not fully complying with that instruction manual? What company does not want to be big and powerful? What is a company founded for then? Everything that surrounds the Odebrecht case is made in the image and likeness of tactics applied by worldwide corporations, following examples taught by the conduct and behaviour the elite.

It is not by chance, or genuine concern from the United States, that this corruption case has been “disclosed”, given how they have vigorously defended Exxon Mobil, their (black) golden egg-laying goose. This is explained by the interest these same corporations have in removing Odebrecht from their path. Making it very clear that they rule in Latin America and they are the only ones entitled to pay bribes and commit fraudulent practices enabling them to grow as companies. The masters of corruption do not want to be outdone by their pupils; there is a lot of money at stake.

It can also be considered a declaration of war. So that the rest know what to expect, as an exemplary punishment for all those who want to infiltrate the realm of the global market.

Haitian inspiration: On the bicentenary of Haiti’s independence