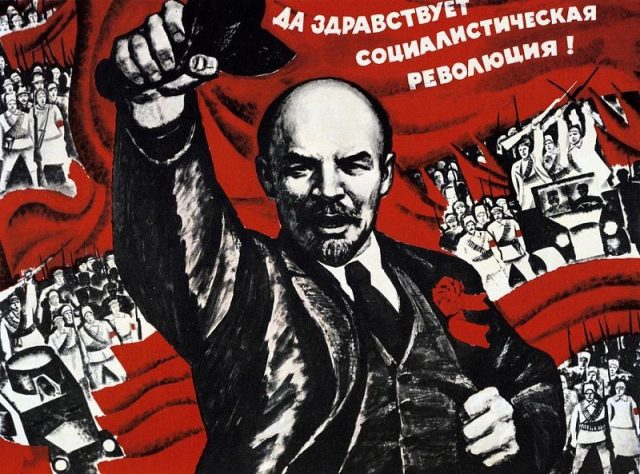 Great revolutions make history. Conservative resistance and counter-revolutions only delay its progress. The French revolution invented modern politics and democracy, the Russian revolution paved the way for the socialist transition, while the Chinese revolution connected the emancipation of peoples oppressed by imperialism with the path to socialism.

These revolutions are great precisely because they are bearers of undertakings that are far ahead of the immediate demands of their time. And that is why they are confronted by the resistance of their times, the origin of the setbacks, “thermidors” and restorations.

But they remain the beacons that illuminate the still unfinished struggles of the peoples for the realization of these goals. It is therefore impossible to understand the contemporary world without understanding these great revolutions.

To commemorate these revolutions, one needs both to assess their ambitions (the utopia of today will be the reality of tomorrow), and to understand the reasons for their temporary setbacks. Conservative and reactionary minds refuse to do so—they wish us to believe that great revolutions have been nothing more than unfortunate accidents, that the peoples who have made them were carried away by deluded enthusiasm, pursuing dead ends that were diversions from the normal current of history.

Already on the occasion of the bicentennial of the French Revolution, the clergy of the media—at the service of reactionary powers—have been deployed to denigrate the French revolution.

This year this same media clergy have sought every means to vilify the October revolution. The heirs of the Communism of the Third International are invited to regret the error of their revolutionary convictions of yesteryear. Many in Europe will.

Chapter 1 of this book focuses on the dramatic consequences of the isolation of the October Revolution. I then discuss in Chapter Two the distinction between reading Marx’s Capital and the development of the historical realities of the nations of modern capitalism. The former provides the key to understanding capitalism to enable us to comprehend the extent of the break that it represented from all previous societies. The latter allows us precisely to situate, over the long run, these various formations of the contemporary world and thus to assess their unequal capacities to advance along the long road to socialism.

Chapter Three offers a reading of how the societies of the contemporary imperialist centre were formed. This can help to explain the grip of the ideology of the conservative order over their peoples, the major obstacle to the release of a creative revolutionary imagination. Chapter Four extends Mao’s analysis of the global system from the perspectives of regions in its peripheries. To this end, the chapter presents a strategy of stages of national liberation with possible advances though sovereign and popular national projects.

Finally, chapter five returns to the agrarian question, which is at the heart of the challenge facing future advances towards socialism.

This is how I propose to commemorate October 1917, by situating the event in a current context, a context that represents the triumph of the ‘liberal’ counter-revolution in appearance only, since this system is already advanced on a road of its chaotic decomposition, opening the way to the possible crystallization of a new revolutionary situation.

What does the Russian Revolution mean to you?

Portugal, the EU and the Euro – interview with João Ferreira (Part 2)