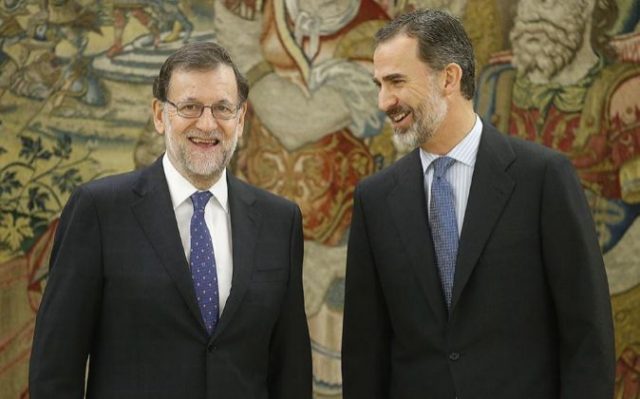 The contention between Rajoy’s government and the Generalitat de Catalunya has been deepening with each passing day. There is no solution in sight, and instead we have witnessed the police response and judicial persecution. Beyond this dialogue of the deaf between Spanish and Catalan right-wings, what is really at stake with the Catalan question? To broaden our perspectives and analysis, and avoid the trappings of false debates that are dead ends for the social majorities, we have interviewed Juan Carlos Monedero, professor and co-founder of Podemos, and one of the most lucid analysts of the crisis of the 1978 regime.

What is your take on the recent events in Catalonia?

In Catalonia there has been a great popular mobilisation that follows the popular protests of 15M (1), when a new phase of Spanish politics was born. But the political leadership of this movement is in the hands of the old guard, especially the old party of Jordi Pujol, today called PDeCat, full or urgency due to its own cases of corruption and because it embraced the independence route. This caused them to accelerate the process, and the lack of democratic commitment from the Popular Party also was of great help.

Has this worked to unite or divide the lower classes?

This so-called “collision of trains” is in reality a collision between a large train and a smaller one. It has worked to polarise Catalan society in two halves. Things have not been done properly…

What role have the different actors played in this institutional crisis?

The king has sided with the most corrupt party in Europe, the Popular Party (PP); the Socialist Party (PSOE) has embraced the PP’s policies of repression and refusing dialogue; and the PP has been guided by its most right-wing sectors, even promoting the arrest of politicians, not to mention all the repression on October 1st.

They can also count on Ciudadanos, the party of the bankers. So the demand for a referendum in Catalonia is still alive.

There is still no prospect of dialogue between Rajoy and Puigdemont. What are the immediate consequences of this?

There are 85% of Catalans in favour of a referendum. On one hand, we have both the PP and the PSOE turned to residual forces in Catalonia, so they prefer to win votes in the rest of Spain with an anti-Catalan discourse.

On the other hand, there is a need for a constitutional change that will somehow address the demands of Catalonia.

Could the Catalan question boost the role of forces for change at a state level?

Historically, the Catalan question has been a black hole for the Left. That was the case in the 1st Republic, with the Canovist Restoration, and the dictatorship of Primo de Rivera.

This was also the case with the 2nd Republic, with Franco’s coup d’etat and the 40-year military dictatorship (with the support from European countries). We will see what will happen now.

What are the opportunities and obstacles at hand?

Following the trend of European social-democracy, the PSOE is in clear decline. If it embraces a grand coalition with the PP, then only Podemos remains to try and rescue democracy during times of neoliberal policies. It will be more difficult to form a government, but it will allow it to consolidate as the only opposition party.

Social issues have been relegated to the background. What does the Unidos Podemos coalition propose to open up debate and bring it back to the foreground?

Podemos proposes that a referendum is held, to open a constituent process from below and incorporate social issues. Otherwise the parties of the regime will simply draw up a constitutional agreement from above, in which they will minimally address the issues and restore economic peace of mind to the dominant sectors.

Spanish democracy is facing its most serious crossroads since the death of Franco.

(1) Translator’s note: the so-called Indignados movement was formed after major demonstrations on May 15, 2011