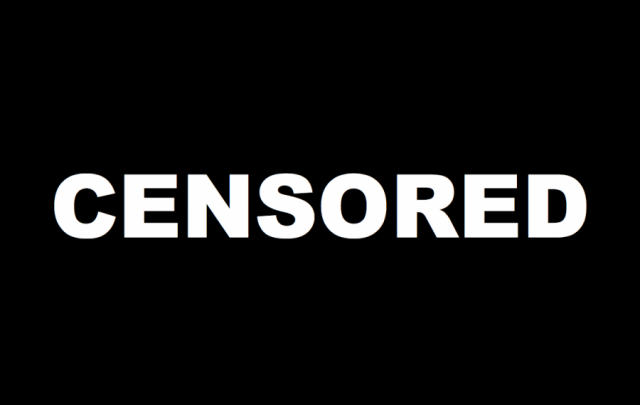 Venezuela is in flames. Or at least part of it is.

Since April 4th, opposition militants have been carrying out targeted acts of violence, vandalism and arson, as well as deliberately clashing with security forces in an attempt to plunge the country into total chaos and forcefully remove the elected socialist government. It is the continuation of an 18 year effort to topple the Bolivarian revolution by any means necessary — although you may have seen it miraculously recast in the mainstream media as “promoting a return to democracy” in the country.

A catalogue of the violence over the last 18 days is shocking – schools have been ransacked, a Supreme Court building has been torched, an air force base attacked, while public transport, health and veterinary facilities have been destroyed. At least 23 people have been left dead, with many more injured. In one of the most shocking cases of right-wing violence, at around 10pm on April 20th, women, children and over 50 newborn babies had to be evacuated by the government from a public maternity hospital which came under attack from opposition gangs.

Anywhere else in the western world, this would have given way to horrified international and national calls for an end to the violence, and for the swift prosecution of those responsible – making it all the more scandalous that these incidents have at best been ignored, and at worst totally misrepresented by the international press. Instead, those tasked with providing the public with unbiased reporting on international affairs have opted to uncritically parrot the Venezuelan opposition’s claims that the elected government is violently repressing peaceful protests, and holding it responsible for all deaths in connection with the demonstrations so far.

This narrative cannot be described as even a remotely accurate interpretation of the facts, and so it is important to set the record straight.

A cursory look at the reality reveals that the government is clearly not responsible for the majority of these deaths. However, to paraphrase a remark recently made by Venezuelan author Jose Roberto Duque, the “truth has suddenly become useless”.

The media has failed to go into too much detail surrounding the exact circumstances of these deaths; precisely because the truth presents a serious obstacle to their narrative that all these people were killed during pro-democracy peaceful protests at the repressive hands of the authoritarian regime. This narrative isn’t just overly simplistic; it distorts the reality on the ground and misinforms international audiences.

Take this deliberately misleading paragraph from an article written by Nicholas Casey, the New York Time’s latest propaganda writer for the opposition.

“Protesters demanding elections and a return to democratic rule jammed the streets of Caracas and other Venezuelan cities on Wednesday. National Guard troops and government-aligned militias beat crowds back with tear gas, rubber bullets and other weapons, and at least three people were killed, according to human rights groups and news reports.”

Casey opted to omit the fact that none of those three deaths has so far been attributed to security forces, and one of the victims was an army sergeant killed by protesters themselves. Moreover, those on the receiving end of the “tear gas and rubber bullets” are not quite the “peaceful protesters” he so disingenuously implies. Anyone in the east of the city on April 19th, when both opposition and pro-government forces marched, could see how opposition supporters gathered in total freedom in Plaza Francia in Altamira, even buying anti-government t-shirts, caps, and purchasing ice-creams, and were able to march along the main highway linking the east of the city to the west.

Police “repression” has occurred in two specific scenarios. Firstly, when opposition gangs have set-up burning barricades and carried out violent acts of vandalism on the streets, including the targeting of public institutions – actions deliberately aimed at provoking photo-op worthy clashes with security forces. In the second instance, it has occurred when opposition marchers have attempted to cross a police line blocking them from getting to the working class municipality of El Libertador in the west of the city – where government support is traditionally concentrated. Again, this action is a deliberate attempt to provoke clashes with security forces and their supporters by the opposition, who are well aware that they have not been granted permission to march into El Libertador since a short-lived opposition-led coup in 2002, triggered by an anti-government march diverted towards Miraflores Presidential Palace in the west that left 19 dead by opposition sniper-fire.

It is hard to see how the police would not respond to these violent actions in a similar way, or even more violently, in the rest of the world. I can only imagine what would happen if armed and violent protesters consistently tried to march on the White House in Washington, or on No. 10 Downing Street in London. What if they assaulted police lines outside the White House, or attacked hospitals and looted businesses in London? Not only would they not be granted permission to continue, but protesters would most likely be shot, or end up in jail under anti-terrorism legislation for a very long time. But in Venezuela, the opposition can rely on its carte blanche from the mainstream press as its get out of jail card.

Needless to say, details of the undemocratic actions of opposition leaders and their supporters – ranging from these latest attacks to support for a violent coup in 2002 – are glaringly absent from virtually all news reports. This is despite the fact that the opposition’s current protest leaders – Julio Borges, Henrique Capriles Radonski, Henry Ramos Allup and Leopoldo Lopez – were active players in the 2002 coup.

The above article by Casey is a patent attempt to mislead the public over the dynamic on the ground in Venezuela. But unfortunately this is not just a case of one isolated news agency. The UK’s Guardian, for instance, provided its readers with an image gallery of the opposition’s April 19th march and “ensuing violence”, but failed to acknowledge that a pro-government march of similar size, if not greater, was also held the same day. They simply erased the actions of hundreds of thousands, if not millions, of people. Whichever news agency you check, be it the BBC, the Washington Post, CNN, or any other corporate outlet, you will find the same, uniform consensus in their Venezuela coverage. There are no words to describe this state of affairs other than a total media blockade.

The last time the country witnessed unrest on this scale was in 2014, when opposition militants again unsuccessfully tried to force the “exit” of President Nicolas Maduro using similar tactics, leading to the deaths of 43 people. The majority of those victims were innocent passersby caught in the violence or state security personnel, who were given the somewhat impossible task (just like today) of somehow refraining from responding with violence to people who are deliberately trying to provoke, maim and kill them.

While protests in 2014 were a response to violent unrest headed by the country’s right-wing student movement, this year’s commenced at the beginning of April after the Supreme Court issued a ruling granting the court temporary powers to assume the legislative functions of the National Assembly. It came in response to the Venezuelan parliament having been declared “in contempt of court” for more than six months, after the opposition refused to remove three of its lawmakers under investigation for electoral fraud in violation of a Supreme Court order. This is much like the current legal case hanging over the thirty Conservative MPs in the UK. The only difference in Venezuela is that the legislators were suspended from being sworn into parliament pending the results of the investigations. The opposition immediately hit out at the ruling, declaring it an attempted “coup” by the government that had come out of nowhere. The media swallowed this version of events hook, line and sinker. Although the ruling was overturned almost straightaway, the opposition took to the streets denouncing a “rupture of the constitutional order”.

This soon morphed into a hodgepodge of ultimatums which have dominated the opposition’s agenda since it won control of the country’s National Assembly (one of the five branches of the Venezuelan government) in December 2015, promising to have deposed the national government “within six months” – something beyond the power of Venezuela’s legislative branch. These demands include the release of what they call “political prisoners”, the opening-up of a “humanitarian channel” for receiving international aid and, most importantly, immediate regional and general elections. The street protests were an unmissable opportunity for the opposition, which was suffering from steadily decreasing popularity following an entire year of having squandered its legislative majority in parliament.

Evidently, long term strategy is not the opposition’s strong point. History testifies to the fact that they tend to go for maximum amount of damage in the minimum amount of time, no matter the cost. This brings us to why this kind of violence, which has been employed several times throughout the last 18 years by Venezuela’s well-seasoned opposition, is once again happening at this moment. If the government is so unpopular, as the opposition claims it is, why not just wait for the presidential elections in 2018 for their time to shine?

At this point it should be clear that the opposition’s only goal, far from promoting a “return” to democracy, is to step right over it. They want to remove the elected government more than a year ahead of scheduled elections. But they don’t want to stop there. As one opposition marcher told me on Wednesday: “Get your stuff together Maduro, because you’re going to jail”. The opposition’s goal is the total annihilation of Chavismo.

Whatever the government’s many errors and faults over the past four years under the leadership of Nicolas Maduro, progressives across the globe have an obligation to defend it against the opposition’s onslaught and the international media’s blockade. The alternative is the same savage neoliberalism – currently being mercilessly unleashed by Brazil’s unelected government – which previously squeezed blood from the entire continent throughout the 1980s and 1990s.

The slogan “No Volveran” (they shall not return) has never been more urgent.