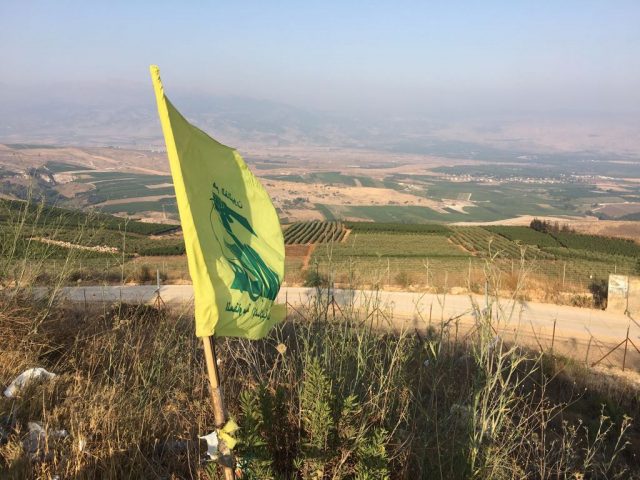 Lebanon, as so often in the past, is facing mortal danger.

Saudi Arabia is putting great pressure on the Lebanese Prime Minister Saad al-Hariri, a powerful but controversial figure who holds dual nationality – Saudi and Lebanese. Riyadh expects Lebanon to play by its own rules, sidelining Hezbollah, ending Iranian influence in the country, and promoting Saudi business and political interests… or else. It is a clear that foreign aid from the Gulf is increasingly conditional.

Tension with Israel is also mounting. A military conflict could erupt at any moment, with devastating consequences. Between 1978 and 2006, Israel attacked its northern neighbor on five occasions. The last time Israel invaded Lebanon, during the so-called Lebanon War in 2006, at least 1,300 Lebanese people were killed and 1 million displaced.

The Israeli air force is lately, unceremoniously, violating Lebanese air space, flying over its territory on the way to Syria, where it is bombing selected targets, grossly violating various international laws.

To make things worse, Israel has begun building an ugly concrete wall right at the border line, an act which Lebanon views almost as a declaration of war. The Lebanese military received orders to confront Israeli bulldozers and construction crews, if the building of the frontier barrier continues. Both sides are now using intermediaries to communicate, but a confrontation may take place at any moment.

There is also a maritime dispute between the two countries, over an oil and gas rich area, which both countries are claiming as their own. This quarrel is also threatening the fragile ‘peace’ between Israel and Lebanon. Although some would say, what peace, really, if both nations are still technically at war?

“Israel has in recent days escalated its threats against Lebanon over Lebanon’s invitation for offshore gas exploration bids on the countries’ maritime border.

Israeli Defense Minister Avigdor Lieberman described Lebanon’s exploration tender as “very provocative” and suggested that Lebanon had put out invitations for bids from international groups for a gas field ,”which is by all accounts ours.”

His comments drew sharp condemnation from the militant Hezbollah group and Lebanese officials, including Hariri, a Western ally, who described Lieberman’s comments as a “blatant provocation that Lebanon rejects.”

Abi Assi quoted Hariri as saying Thursday that area in the water that Israel is claiming, “is owned by Lebanon.””

A day after the above report appeared, Lebanon’s energy minister said “the dispute with Israel would not stop Lebanon benefiting from potential undersea reserves in the contentious Block 9.”

An international consortium consisting of three giant oil companies – Italy’s Eni, France’s Total and Russia’s Novatek – is standing by, ready to begin drilling, although Total is increasingly reluctant to participate in the project amidst the Israeli threats.

Many in Lebanon feel that their country is literally caught between the devil and the deep blue sea.

For years, war in neighboring Syria has been sending hundreds of thousands of refugees across the border into tiny Lebanon, greatly straining its fragile and inadequate infrastructure. Refugee slums have mushroomed, in the Bekaa Valley, as well as in all the major cities.

Terrorist groups supported by the West and its allies, have spilled over the border, and are operating in the frontier region, while also infiltrating the capital.

In 2017, the Lebanese military, together with Syrian forces and Hezbollah, managed to confront and greatly weaken both al Nusra and ISIS cells.

Hezbollah is the only truly powerful social force in Lebanon, providing assistance to all needy citizens and refugees, regardless of their religion or ethnicity. It is also fighting, determinedly, all terrorist implants operating in the Lebanese territory.

Thanks to the help from both Russia and Hezbollah, the Syrian armed forces managed to regain most of the territory of their country and to come very close to winning the war. The country is now rebuilding and hundreds of thousands of refugees are returning home, including those who have temporarily been seeking refuge in Lebanon.

Sidelining Hezbollah would definitely have a devastating impact on both Lebanon and Syria.

And sidelining, intimidating and antagonizing Hezbollah is precisely what the United States is doing again.

US Secretary of State Rex Tillerson traveled to Beirut, and on February 15th, addressed reporters at a press conference:

“It is impossible to talk about stability, sovereignty and security in Lebanon without addressing Hezbollah. The US has considered Hezbollah a terrorist organization for more than two decades now… It is unacceptable for a militia like Hezbollah to operate outside the authority of the Lebanese government. The only legitimate defender of the Lebanese state is the Lebanese armed forces.”

Mr. Tillerson made some reconciliatory noises regarding Hezbollah, just a few days earlier, but was loudly criticized by both his regime apparatchiks and by the mainstream media. Promptly, he ‘regained his senses’ and stopped rocking the boat.

Israel, Saudi Arabia and the United States, indeed, treat pro-Iranian Hezbollah as a terrorist organization. Israel continuously intimidates Lebanon, claiming that it will not tolerate any Iranian influence in its vicinity. The fact that Lebanon is an independent country, is somehow overlooked. It is expected to ‘behave’, to accept foreign dictates, even if it means going against its own interests.

After all, Lebanon is in the Middle East, which in turn is just the playground of the West and its allies. 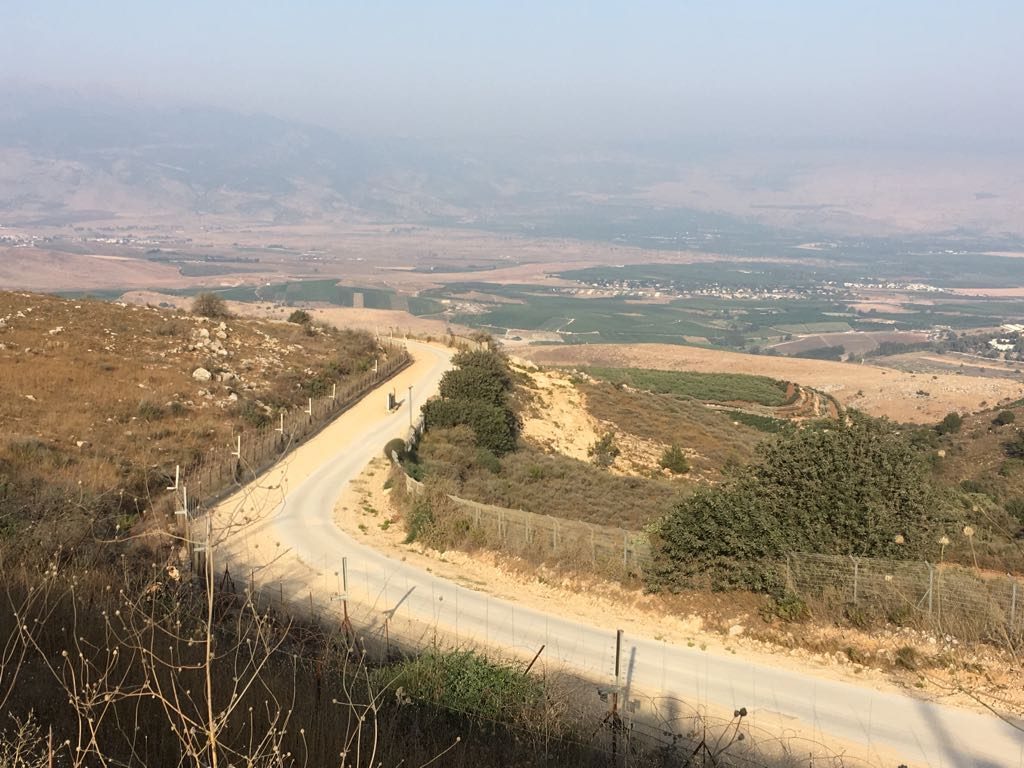 Most of the Lebanese citizens are indignant. The Israeli air force flying over their country’s territory, attacking Syria, is to them, naturally, something absolutely unacceptable. Being bullied over disputed resources-rich sea territory, as well as the construction of border barriers, is causing great outrage. However, until now, the Lebanese people felt that there was very little they could do, faced with the overwhelming military might of Israel, a country which is determinedly backed by the United States and most of the Western countries.

All this has suddenly changed.

Unexpectedly, although logically, the ‘Russian alternative’ has emerged.

As reported by the Middle East Monitor on the February 8, 2018:

The draft agreement to be signed between the parties included the opening of Lebanese ports in front of Russian military vessels and fleets, in addition to making Lebanese airports a transit station for Russian aircrafts and fighters, and the dispatch of Russian military experts to train and strengthen the capabilities of members of the Lebanese army, according to the Russian agency Sputnik.”

“Russia invariably supports the sovereignty, unity and territorial integrity of Lebanon. We are interested in ensuring that Lebanon is safe, effectively functioning with the participation of all branches of government and with all state structures.”

Lavrov’s remarks came during a meeting with his Lebanese counterpart Gebran Bassil in Moscow.”

Russia is becoming increasingly active in those countries that have been destroyed or at least crippled by the Western interventions, such as Syria, Libya, now Lebanon and soon, hopefully, Afghanistan. Russian involvement is ranging from diplomatic and economic, to, as has been the case in Syria, military.

A Lebanese intellectual, anonymously, declared for this essay:

“If Russian military comes to Lebanon, then Israeli air force would certainly stop flying over our territory. We would also be able to retain our organizations and movements: particularly those that helped our country to stay united and to survive. Most of the Lebanese people have no bad experience with Russia. We tried many things, many alliances and they failed: we are still vulnerable, exposed. There is no harm in attempting to work with the Russians.”

The West, particularly the United States, is well aware of the mood on the streets of Lebanon. That is why Mr. Tillerson came on an official visit. But he offered nothing new, and what he offered, was rejected. It is clear that his mission was to simply preserve the status quo.

Lebanon is tired of being stuck between the devil and the deep blue sea. And now it is discovering that it actually has other options!