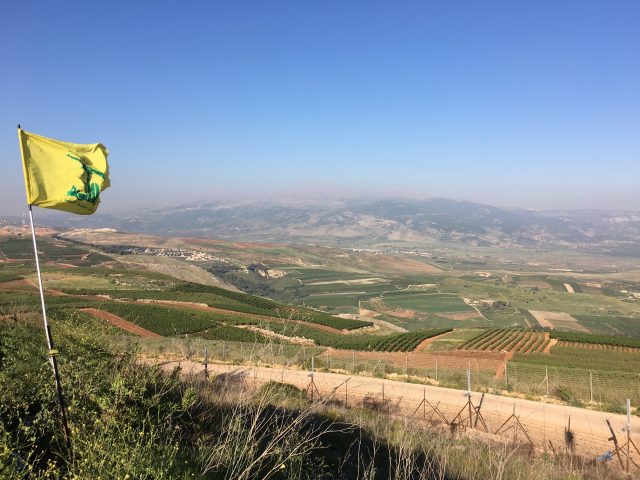 Palestinian refugee camps are up in flames, across the country, a result of the disputes between the rival factions, but also of ‘unsavory’ influences from abroad. As everyone knows here, there are, for instance, the Al Qaida-affiliated militants hiding in the South.

There are Israeli incursions into Lebanon, both by land and by water. There are also drones, flying habitually from Israel into and through the Lebanese airspace.

There is great tension between Israel and Hezbollah, over Syria, but not only.

In the 7th year into the war in Syria, there are still more than 1 million Syrian refugees living on Lebanese territory, some in awful conditions and many with extremely uncertain future. The exact number is unknown (UNHCR stopped the registration of all new arrivals approximately 2 years ago), but is believed to fluctuate between 1 and 2 million. 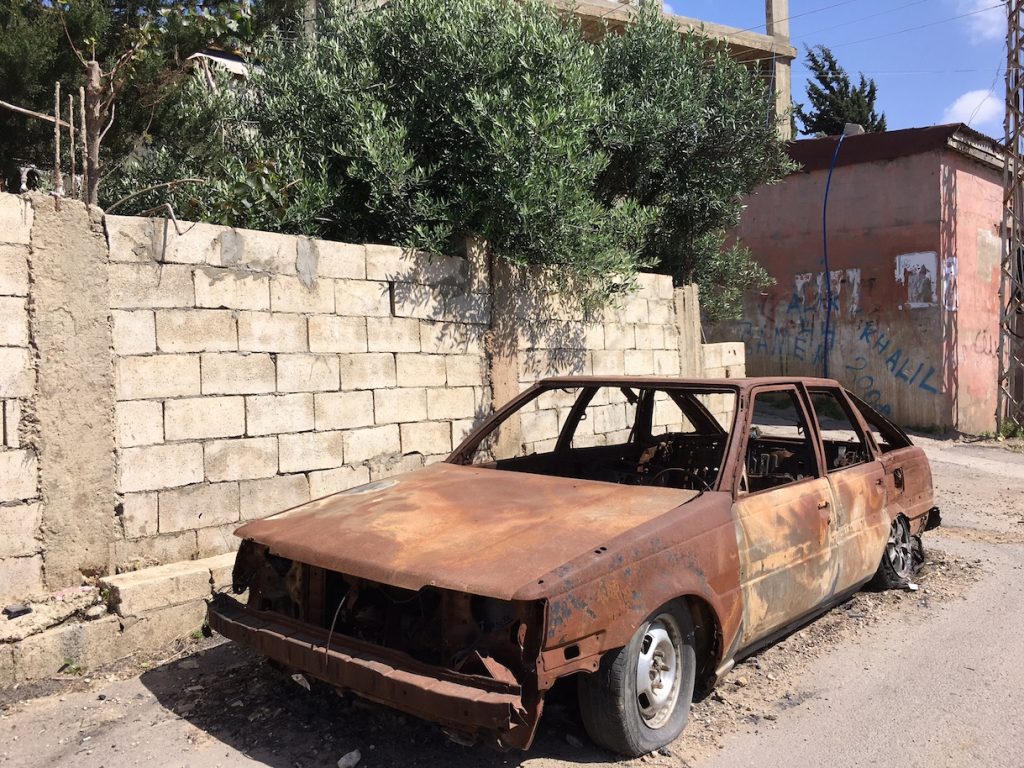 There is mounting tension between the Syrian and the Lebanese communities, as they are now competing for already sparse jobs and public services (including such basic utilities like water), while Palestinian refugees have been stranded in Lebanon already for decades, with very little social, political and economic rights.

There is a drug epidemic, from its production (mainly in the Bekaa Valley), to its unbridled consumption in Beirut.

A new government has finally been formed in December 2016, after more than 2.5 years of absence of any functioning administration. However, the Prime Minister is a Sunni Muslim, Saad Hariri, who is openly hostile to Syria and has directly expressed support for the recent US attacks against the neighboring country. Mr. Hariri has long been accusing Hezbollah and Syria of assassinating his father, Rafik Hariri, in February 2005. Mr. Hariri has dual citizenship, that of Lebanon and also of Saudi Arabia where he was born (in Riyadh). On the other hand, the President of Lebanon is now a Maronite Christian, 83-years old Michel Aoun, who came to power thanks to the unfailing support given to him by Hezbollah, the fact that puts him at odds with the Prime Minister (1).

There is an ongoing struggle, even deadlock, amongst the ‘political parties’ (in Lebanon often synonymous with sectarian divisions), over such varied issues as the electoral law, waste management, international political alliances, foreign military funding, gender-based discrimination, employment as well as all basic social services (or acute lack of them).

Lebanon is literally surrounded by perpetual conflicts. Syria, the country in great agony is right ‘next door’, north and east of tiny Lebanon, while mighty and aggressive Israel is threatening the country from the south. The United Nations troops are patrolling the so-called “UN 2000 Blue Line” or the de facto border between Lebanon and Israel. In fact, UNIFIL (United Nations Interim Force In Lebanon) has for years been ‘covering’ a large part of the country’s territory. It all feels like a war zone.

In fact the region consists of a series of temporarily dormant conflicts that are ready to explode again, at any moment, with destructive, murderous force.

The occupied and devastated Golan Heights is just across the borderline, too. Officially, The Golans are still part of Syria, but the Israelis have already purged most of its population, resettling it with their own citizens. During my visit, some 4 years ago, the situation was already dire, the area scarred by barbed wires, with Israeli military posts and vehicles everywhere. Many local houses were destroyed, as ‘punishment’. If you drive to the geographical extreme, you can see the Golan Heights from Lebanon. You can also see Israel, while Syria is ‘always there’, right behind the majestic and bare mountains.

The UN peacekeepers come from all parts of the world, including South Korea, Indonesia and Europe. Right before the Coastal Highway ends, near the city of Tyre, the motorists pass through the last Lebanese checkpoint. The UNIFIL protected area begins, with armored vehicles, sandbags and watchtowers. It reads, on the concrete blocks intended to slow down the traffic: “Peace to Lebanon, Glory to Korea!”

Palestinian refugee camps are overflowing. Syrian refugees (some in awful conditions) are working like slaves in the Bekaa Valley, begging for money in Sidon and Beirut, or if they are wealthy, renting lavish seafront condominiums on the Corniche of the capital city. 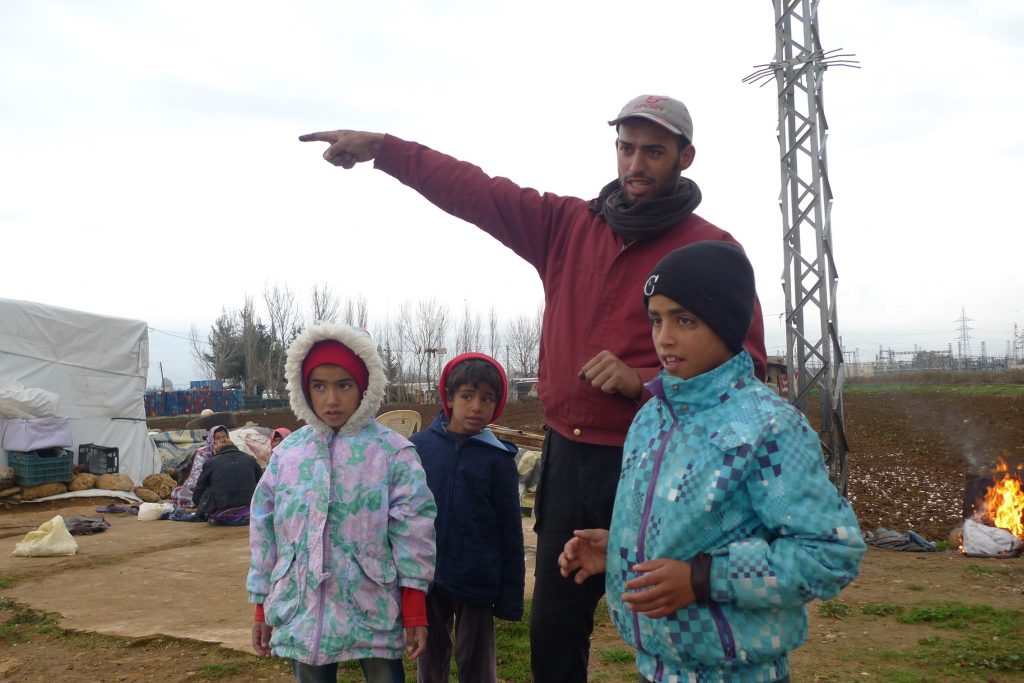 Despite all the bravado, Lebanon is scared; it is petrified.

Everybody knows that Israel could hit at any moment, again. It is said that Israelis are already stealing Lebanese oil from the seabed, but the weak and almost totally defenseless country can do almost nothing against one of the mightiest military forces on Earth.

All over the country, there are ‘dormant cells’ of ISIS (DAESH) and of other extremist militant groups, overflowing from war-torn Syria. The ISIS is dreaming about a ‘caliphate and the access to the sea’. Lebanon is right there, a ‘perfect location’.

Both Russia and China are keeping a relatively low profile here, not too interested in operating in this divided and uncertain political climate. In Lebanon, there are very few permanent loyalties left; allegiances are often shifting and are frequently dependent on outside ‘funding’.

Saudi Arabia and Iran are always present here, and so is the West. Hezbollah (on several ‘lists’ of the terrorist organizations of the West) is the only pan-Lebanese force capable and willing to provide at least some basic social services for the poor, as well as determined military and ideological defense against Israel. 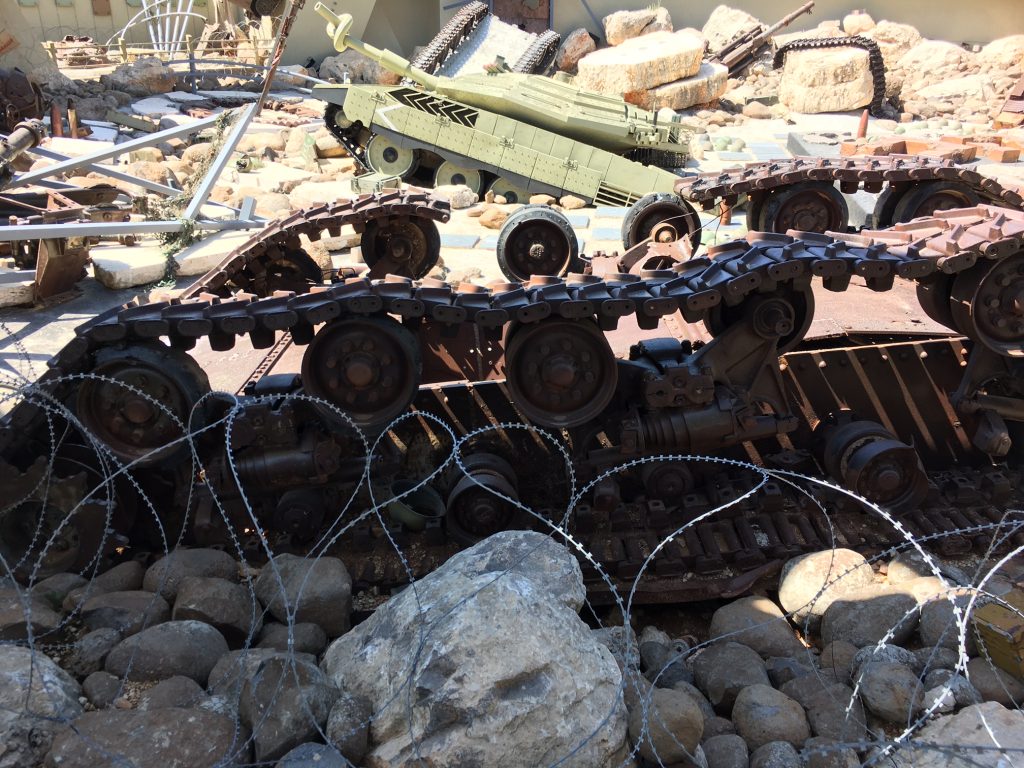 Many political analysts are predicting that Lebanon will collapse, totally, and soon. But it is still here, determined and defiant. How, nobody knows. For how long, is a total mystery!

Patrolled by the UN, overflowing with refugees, Lebanon is shining into the night. Its Ferraris are roaming through its streets, without mufflers, until early morning hours. Its nightclubs are seducing hedonist visitors from the Gulf. Its art cinemas are as good or even better than those in Paris. At the AUB Medical Center, the best Middle Eastern surgeons are treating the most horrid war injuries from the area.

Here, war and self-indulgence are living side by side. Some say it is nothing else other than a bare cynicism. Others would argue: “No, it is life! Life of the 21st century world; exposed, brought to the extreme, but in a way honest.”

(1) Lebanon’s constitution, adopted in 1926 under French colonial domination, is a classic example of the “divide-and-conquer” colonial policy. It divides the offices based on confessionalism, so that the President is required to be a Maronite Christian, the Prime-Minister a Sunni Muslim and the Speaker of Parliament a Shia Muslim. This has led to sectarian tensions and very often to political deadlocks, and no census has been conducted in Lebanon since 1932.

The Pope and I in Cairo