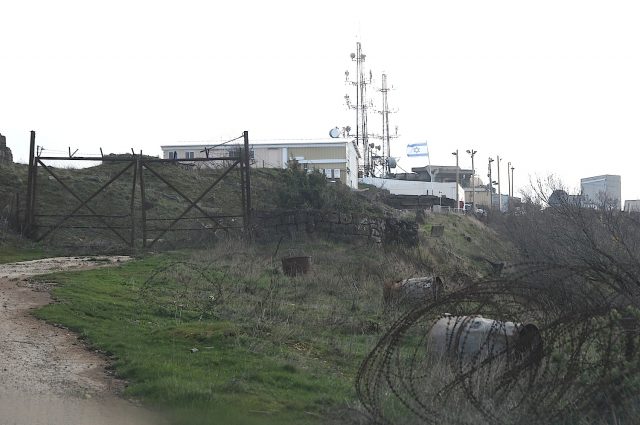 On April 9, 2018 at least 14 people were killed during the murderous strike by the Israeli air force on the Syrian T-4 airfield at Homs.

Israeli F-15 fighter jets flew over Lebanese airspace, as they have done on many previous occasions, in total disregard of international law.

Both Israel and Lebanon are still technically at war, and the latest action could easily be considered as yet another shameless provocation. Apparently, whatever terror Western allies like Saudi Arabia and Israel decide to spread throughout the region, their actions will always go unpunished.

To add insult to injury, instead of condemning Israel, the Western mass media outlets began their predictable and embarrassing servile howling against the government in Damascus, some ‘correspondents’ even calling President al-Assad an “animal” (The Sun, 9th April, 2018).

This time, Lebanon, which in the past suffered from several brutal Israeli invasions, and where Israel is commonly referred to as ‘Palestine’, decided not to protest too loudly against the violation of its airspace. There were some statements made by individual Lebanese politicians, as well as a statement by the Lebanese Ministry of Foreign Affairs, which objected to the attack against Syria, claiming that Lebanon will file a complaint to the UNSC. Most of the statements, however, appeared only in the Arabic language. There was definitely no robust national response, as one would have expected.

Ms. Zeinab Al-Saffar, an Iraqi educator and television anchor based in Beirut, Lebanon, shared her thoughts on the subject:

“It is not the first time that this is happening. Israeli forces have been violating the airspace of Lebanon, as well as the land and sea belonging to Lebanon. Violation of the territory of Lebanon [by Israel] became something ‘regular’. What happened recently is a flagrant intrusion which should not go unanswered, as they were using Lebanese air space in order to attack the Syrian land. I believe this is the right time for the U.N. to do something more than just to make the reports and write numbers. This is an extremely serious situation; to use the territory of a neighboring country in order to attack a third nation; it is a barefaced crime.”

Why do Lebanon’s protests not resonate louder?

There are several reasons. One: the country recently ‘secured’ an enormous package of mostly loans from the West, at a ‘Paris conference’, amounting to more than 11 billion dollars.

Two: A great percentage of the ‘elites’ of Lebanon is accustomed to taking orders from the West. The West is where their villas are, where their relatives live, and their permanent residency cards issued.

A much greater war may be nearing; both the U.S. and Europe are now attacking Syria directly. In this decisive time, the Lebanese rulers are opportunistically showing where their allegiances lie: not with the people of the devastated Middle East, but with Paris, London, Riyadh and Washington.

“The pledges include $10.2 billion in loans and $860 million in grants, France’s ambassador to Lebanon Bruno Foucher said on Twitter…

Donors in turn want to see Lebanon commit to long-stalled reforms. In a nod to those demands, Prime Minister Saad al-Hariri pledged to reduce the deficit of the budget as a percentage of GDP by 5 percent in the coming five years.

Macron told Hariri in a news conference the aid aimed to give Lebanon a fresh start, adding that it put “an unprecedented responsibility” on authorities there to carry out reforms and preserve peace in the country.

“It is important to continue reforms in the coming months,” Macron said, adding: “We’ll be by your side.” …

‘Structural reforms’ is a key term. This shameful package of loans which will further tie the hands of Lebanon could insure the complacency of the country: both economic and political obedience at the time when the West is ready to unleash a new wave of its military onslaught in the region.

There is hardly any transparency in Lebanon, and therefore almost no guarantee that the loans will be used to improve the standard of living of the suffering population. Corruption in Lebanon is endemic – it is institutionalized – to the point that it is often not even called ‘corruption’, anymore.

Social services are almost non-existent. Here, the contrasts are truly appalling. Ferraris and Lamborghinis, as well as outrageously expensive sailing boats, co-exist side-by-side with absolute misery and lack of social services, such as, at least periodically, garbage collection.

Hezbollah, a movement which is on the so-called terrorist list of many Western countries, is often the only reliable source of social services in the country.

The West will now demand more and more neo-liberal ‘reforms’. Almost nothing social will be build. Funds will disappear into the deep pockets of the shameless Lebanese ‘elites’ and ‘leaders’. It will be the poor, who will be expected to service the loans, as the rich in Lebanon hardly pay taxes.

In exchange for their booty, many Lebanese politicians will be further obliged to follow the Western line towards the region, including the neo-liberal and increasingly neo-colonialist policy of Washington and France (Lebanon’s former colonial master) towards Syria and the rest of the region. 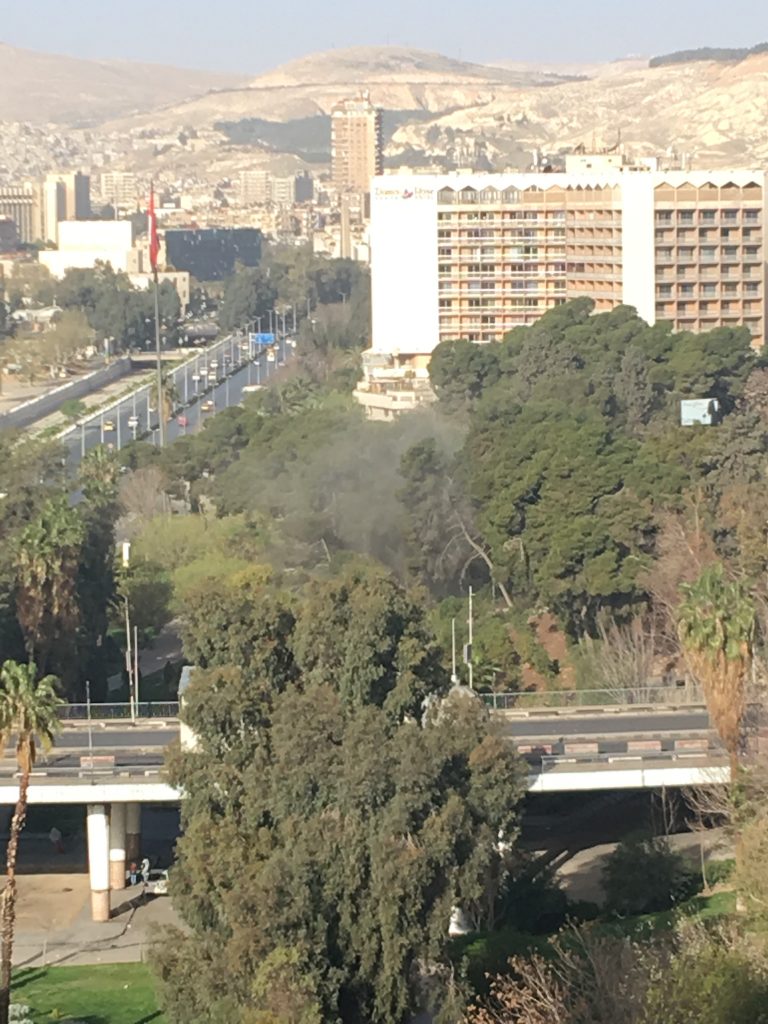 A park in Damascus is shelled from East Ghouta, right next to the Four Seasons Hotel which was also the UN accommodation (photo by Andre Vltchek)

And across the border line, the war is still raging. Washington and London fulfilled their shameful promises to perform ‘punitive actions’; to ‘chastise Syria’ for something that was clearly invented/manufactured just in order to justify an invasion, destabilization and in the end, the destruction, of this small but strong and proud nation.

A Syrian intellectual, who lives in both Beirut and Damascus, offered his analyses for this article. However, he requested not to be identified by his name, afraid of repercussions from both Lebanon and the West:

“The Israeli attack comes at a time when the Syrian army is winning its fight against terrorist groups in Damascus suburbs, and it could be read as an indirect answer to these wins. It is also a dangerous move since the T4 airbase is heavily involved in the fight against the remaining of ISIS in Syria. This attack is unacceptable aggression against a sovereign nation and it is a violation of international laws. It also shows that Israel is helping directly and indirectly various terrorists groups operating on the Syrian territory.”

However, the commentaries that are being spread by the Western mainstream press are increasingly defying all logic. They are progressively turning out to be racist, supremacist. Well, actually now they are what they have always been earlier, throughout the centuries of European and then North American colonialism.

“Israel has launched many previous strikes into Syria, mainly to protect its borders from a buildup of Iranian-backed Hezbollah forces and armaments on the Golan Heights. Israel, has not, as a rule, attacked al-Qaida or Islamic State positions in Syria.

On all previous occasions, Russia – which has controlled Syrian air space since it sent troops to defend the regime of Bashar al-Assad in 2015 – has turned a blind eye. There had been an understanding that Israeli interests in Syria would be preserved by Russia, primarily by limiting the presence of Iranian-backed troops in Syria’s south-west. The Israeli fear is that access to the Syrian side of the Golan Heights allows Hezbollah to launch attacks into Israel.”

But the article is clearly trying to justify and find logic behind the Israeli terrorist attacks against the independent nation.

‘Poor Israel – it is worried about ‘Hezbollah forces and armaments on the Golan Heights.’

But the Golan Heights is by international law an inseparable part of Syria. I repeat: by all international norms! Including, the United Nations Security Council UN Resolution 497. Golan Heights had been attacked, occupied and forcefully (and it looks like indefinitely) annexed by Israel, during the so-called ‘Six-Day War’ in 1981.

I visited the Golan Heights. I worked there, for several days, clandestinely, some 5 days ago. What I encountered there was true horror: ancient villages were totally destroyed, most of the original population deported from their land, Israeli-paid spies and provocateurs approaching and scrutinizing random visitors. All around – scattered rich Israeli agricultural enterprises protected by barbed wire and tall concrete walls. It all felt like working in Angola or Namibia, during the South African apartheid, or perhaps even worse; divided communities, stolen land, electric wire, and omnipresent fear and oppression.

But it is Israel which now has the right to ‘worry’ and to murder people in the name of its ‘security’. That is precisely what the tone of the Western mainstream periodicals clearly suggests.

Israel had stolen more than a thousand kilometers square of the Syrian territory in 1981, and now it is mercilessly bombing its victim; from Lebanese territory, in order to assure its ‘safety and security’. It is doing so from the territory of Lebanon, a country which was invaded by the Israeli military, on several occasions.

And the West is cheering. 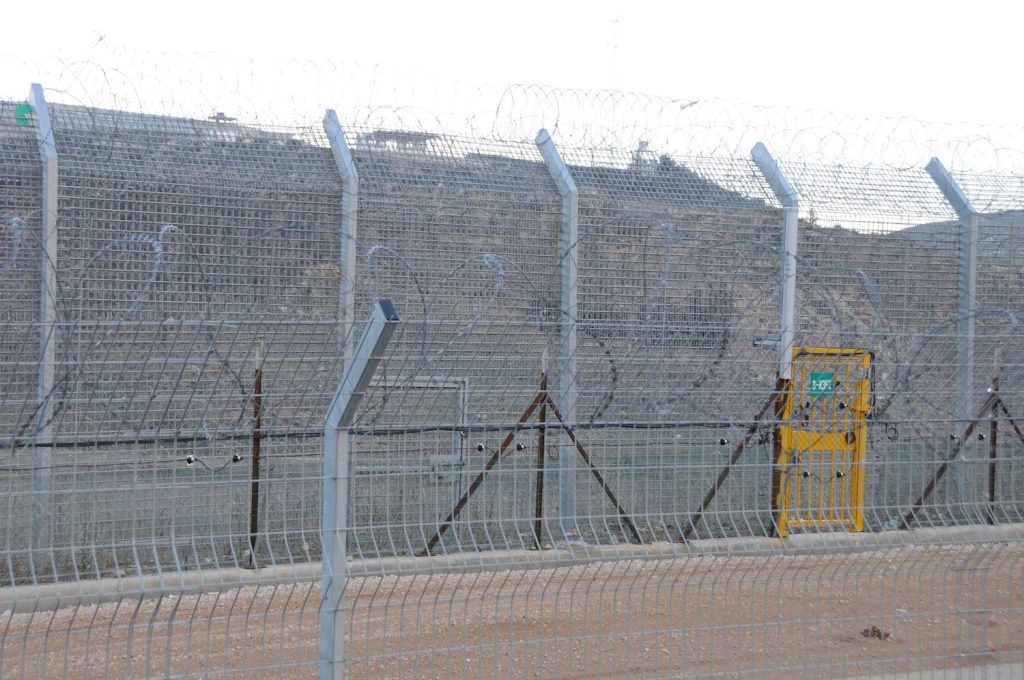 Of course, Israel is acting with total impunity, because it enjoys both the support and encouragement from its allies: The United States, the U.K. and Macron’s France.

Lebanon is panicking. Its’ ‘elites’ are trying to both survive, and not to anger the West.

Syrians have, it often appears, nerves of steel.

They worry but are determined not to give one single inch of their land to the invaders.

My friend in Damascus wrote to me, just a few hours before I submitted this report:

“People are worried and they constantly follow up the news. My brother asked us to go to Safita for one month, as it is safer there. I’m not sure if we do it, but we are closely monitoring the situation.”

My colleagues and comrades on the ground in Syria are angry, very angry. They can clearly see through the lies, which are being spread by the West.

On April 29, 2018, the Israeli attacks killed 26 Syrians and Iranians, just before Midnight, near Hama and Aleppo.

The U.S. and Europe are bombing and threatening to cause even more damage.

But this is 2018, not those dark years when the West could murder and rape without any consequences. If these attacks continue, there will be a counterpunch: fully justified, determined and powerful.

Then even the tiny Lebanon would have to decide where it stands.

Cover photo: Spy/surveilence base on the hill overlooking Syria from the occupied Golan Heights (photo by Andre Vltchek)