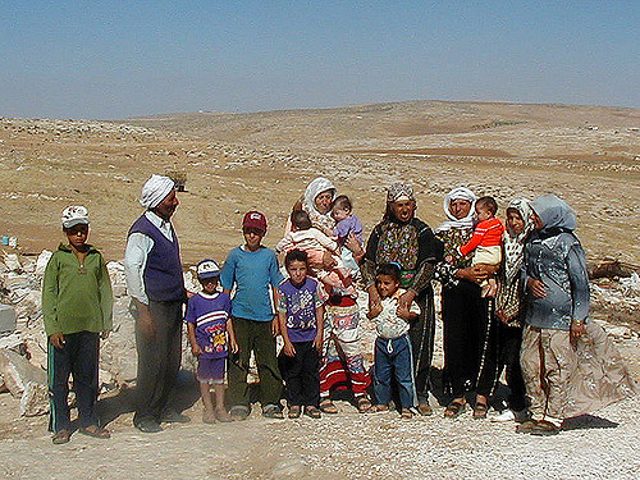 A new law paves the way for a fresh wave of home demolitions in Palestinian towns and villages throughout Israel. Its passing is proof that the land grab begun by Israel in 1948 never ended.

What Jewish Israelis call their War of Independence, Palestinians refer to as the Nakba, or “catastrophe” in Arabic. During the 1948 war and its aftermath, Israel depopulated and destroyed 600 Palestinian villages and expelled more than 700,000 Palestinians from the newly-established state in order to open up their land for Jewish settlement.

But the Israeli campaign to control land has never stopped. As Israel celebrates the 69th anniversary of its establishment — Palestinians commemorate the Nakba annually on May 15 — it is also brandishing its latest weapon against its remaining Arab citizens, designed to corral them into an ever-shrinking living space.

According to Israel, the new so-called Kaminitz Law, which was enacted in April 2017, is intended to consolidate and streamline state powers in enforcing planning and building regulations. But in practice, this law allows the Israeli government to carry out a new wave of mass home demolitions in hemmed-in Arab villages and towns already hard hit by severe housing shortages and a history of discriminatory state policies. According to official state statistics, 97 percent of the demolition orders issued between 2012 and 2014 were against homes in Arab communities in Israel.

Israeli policy is driven by the rationale that the implementation of planning and building regulations in Arab towns can and should be achieved only through a harsh policy of mass home demolitions and other punitive measures against home and land owners. Those punished under the new law can be imprisoned for up to three years, and could accumulate fines reaching hundreds of thousands of Israeli shekels.

The Kaminitz Law intends to make “building violations” simply disappear, while completely ignoring the conditions that created the phenomenon of unauthorized construction in Arab towns and villages in the first place, and absolving the state of all responsibility for this phenomenon.

It also ignores the harrowing human cost of the new law: hundreds of families will be left homeless and without alternative housing solutions.

The Kaminitz Law hides behind a cloak of neutrality and the guise of equal and universal implementation of the law across all sectors of the population. However, it will have a disproportionate impact on Arab citizens of Israel, because it intentionally ignores the decades of systematic discrimination that generated the housing crisis in Arab towns and villages across the country, and which resulted in extensive “unauthorized construction.”

It is therefore disingenuous to portray “unauthorized construction” in Arab towns simply as a deviation from the desired social norm, as one might any other legal transgression. One cannot view the state’s intent to increase enforcement of planning and building regulations without considering the wider context of Israel’s suppressive historic relationship with the Palestinian Arab minority, and its longstanding efforts to restrict and control the living space available to them.

The most violent and dramatic period of Israel’s land grab was during the Nakba in 1948. Armed Zionist militias, and subsequently the Israeli military, forcefully seized and reconfigured the land. Israel expelled the residents of some 600 Arab towns and confiscated their land, later demolishing these towns entirely. Those Arabs who remained were concentrated in restricted areas of the country — 139 surviving Arab villages and the Siyagh zone in the Naqab (Negev) desert — where they lived for the ensuing 20 years under Israeli military rule.

Persisting in its efforts to exert control over the land, Israel adopted a cleaner but no less violent weapon: the law. Behind the façade of legal neutrality, Israel continued to confiscate Arab land. Property belonging to Palestinian refugees (even the internally displaced who remained within the new state’s boundaries and became citizens) was transferred to a designated state authority, and as much as 50 percent of property owned by Palestinian Arabs who became Israeli citizens was expropriated and, in most cases, used for the “public purpose” of Jewish settlement.

Even today, Israel continues to use land and expropriation laws to wrest control of Arab-owned land, particularly in the Naqab and Jerusalem areas.

Following the military and legal stages of land takeover, Israel then turned to zoning and planning regulations to limit Arab use of land. For generations, Israel neglected to draw up any building or land development plans for Arab towns and villages. However, it did take care to map out the municipal boundaries of Arab communities in the early days of the state, very deliberately wrapping them tightly around the outermost homes in each town.

As the decades passed, the boundaries of most of these towns were never expanded. Most Arab-owned agricultural land was reallocated to surrounding Jewish regional councils. Deliberately-placed military bases and firing zones, state-managed forests, national parks, nature reserves, and highways today serve as barriers that encircle and confine Arab villages in Israel.

If the 1948 Nakba was the opening shot in Israel’s land grab campaign, this new law is its latest weapon in the arsenal designed to control and restrict Arab citizens, while reinforcing the state’s Jewish character and giving clear preference to Jewish citizens.

Myssana Morany is an attorney in the Land and Planning Rights Unit at Adalah – The Legal Center for Arab Minority Rights in Israel.