Interview with Andre Vltchek for Farhikhtegan newspaper in Iran 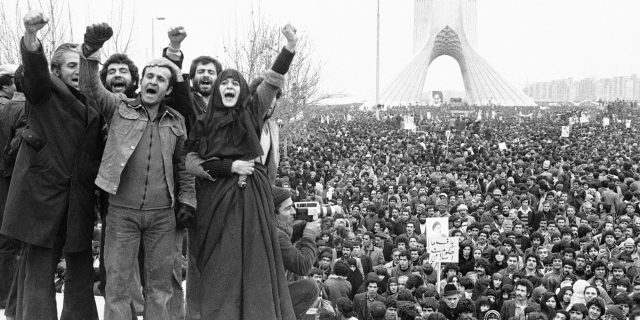 Andre Vltchek interviewed by Mostafa Afzalzadeh for the Farhikhtegan newspaper in Iran.

Q: Why do you think the western countries are trying to use people against Iran and not use military force? What is the difference?

A: It is because Iran is ‘not alone’. If the West were to dare use military force against Iran, directly, there would be an immediate response from many countries on Earth. I believe that Iran’s allies, like Russia, several Latin American countries, but also most likely China, would not sit idle. I am not saying that they would immediately send their armies and begin fighting the U.S. and European forces, but I am certain that Iran would receive some substantial support from them: be it moral, diplomatic and yes, perhaps, even military support.

Even countries like Turkey (which for many years has been an important member of NATO), would strongly protest and most likely even leave the alliance. Turkey would not allow an attack against Iran to originate from its territory.

Iran also has other friendly governments and movements strategically positioned in the region, including Hezbollah in Lebanon.

I have no doubt that any direct attack against Iran would trigger a much greater military conflict in the Middle East and beyond. The West knows it. It actually enjoys triggering conflicts and wars, all over the world, even keeping them ‘perpetual’, but it also knows that to go to war with Iran could be counter-productive, that it would most likely backfire.

Let us also remember that Iran is not just a crying victim – Iran is strong. Iran’s missile program, for instance, has sent a strong message to the West: “Any assault would be met with decisive response. Attack against Iran would lead to real war with losses at both sides.”

Using civilians, NGO’s, the so-called ‘Civil Society’ and some disgruntled elements, is far much ‘safer’. This way the West can trigger the conflict and then turn everything up-side-down and say: “You see? We told you. Iran is brutal, its rulers are ruthlessly oppressing their own people.” This strategy has worked in many countries, while it has backfired in places like China. Basically, this can work if some nation is extremely divided and confused. It worked in Ukraine, at least to some extent. It worked in Zimbabwe. It almost worked but in the end failed in Venezuela. It worked in Yeltsin’s Russia. But it could never work in China, in Cuba, in 2018 Russia, or in Iran. This monstrous, Machiavellian strategy, dividing and turning people against each other, also failed, and failed miserably, in Syria.

However, using this strategy often costs nothing. The West is trying it everywhere, all over the world, wherever there is a government that is working for the good of its people, not for the good of some Western multi-national companies and for imperialist geopolitical interests. I described it in detail, in my 800-page long book of political non-fiction: “Exposing Lies Of The Empire”.

Q: If the US does not succeed in overthrowing Iran by the tactic of using people against the government what another tool they might have?

A: The US has many tricks up its sleeves. Remember: US ‘foreign policy’ is not some new system that has been invented in Washington D.C. It is all based on the centuries of plunder, colonialism and brutal control of the world, a ‘specialty’ of various European powers. Brits, French, Dutch, Belgians, Spaniards, Portuguese, Germans and others in the ‘old continent’, ‘invented the wheel’. The US only uses its ugly brutal force, while relying on the ‘know-how’ developed across the Atlantic Ocean.

Now the subversion in Iran has been identified, fought against, and defeated. What will come next? What could be coming next?

I think there will now be rejuvenated, growing pressure on Iran, from the West in general and the US in particular. I’m talking about economic, political and ideological pressure, meaning propaganda. The West will be ‘grooming’ opposition movements, or at least many of the particular individuals. Selected men and women will be getting scholarships, funding, even awards for their great ‘achievements’ as opposition ‘activists’, artists and ‘thinkers’. Dissidents will be glorified, while great Iranian thinkers, writers, filmmakers who are supportive of the government, will be ignored, often even ridiculed. The same strategy was applied against many dozens of independent-minded nations of the world, including the Soviet Union before its ill-fated Perestroika. I described ‘the system’ or ‘training opposition’ in my latest, brutal, short political and revolutionary novel “Aurora”.

Western mass media outlets will be, most certainly, demonizing Iran. Stories will be invented or turned hyperbolic. The Farsi services of Western government radio stations like the BBC will get extra funding and will be working day and night to divide Iranian society.

Iran will not be struck directly, but its allies may get attacked. I’m talking particularly about Hezbollah. As a result, Lebanon could fall. The influence (even if it is just moral influence) of Iran in Yemen and Afghanistan may be confronted by the Western and pro-Western forces.

Many things may happen, but I sincerely believe that Iran is not directly in danger. Its people are strong, educated and resilient. Iran is not perfect, as nothing in this world is. But it is a good, progressive, and very solid country with an enormous and ancient culture. Iranian people know it. The entire region knows it. Now it is time to explain it to the world.

Just look around: what happened to the countries around Iran, that fell into the hands of Western ‘democracies’. Iranian citizens are not insane: they would never want to live in anything resembling today’s Afghanistan or Iraq! Let’s get real! I work in Afghanistan. It is now the poorest country in Asia, with the lowest life expectancy. In Herat, there are huge lines in front of the Iranian consulate; people have nothing and they are trying to leave, by all means, to Iran or elsewhere. Or look at Iraq! It is now only a skeleton of a country: depressing, defeated, with no clear future.

Iran is the bright star of the region, and the West hates it. Absurdly, the only way to make peace with the West would be for Iranians to wreck their own country, to become submissive, enslaved and to sacrifice their own people, putting both the economic and political interests of the West above their national interests!

Q: Do you see a relation between the recent unrest and Iran’s victories in the region?

Were Iran to be a failed state (but one open to Western business and geopolitical interests), like Indonesia or Uganda or other “allies” worldwide, Washington and London would be fully supporting it, and Western propaganda would glorify it: as was the case with Iranian brutal regime during Shah, or Suharto’s genocidal dictatorship in Indonesia, or Kagame’s murderous despotism in Rwanda.

Iran has its own economic, social and political model. It is totally independent. On top of it, this model is very attractive to other places in the region, and Teheran is clearly helping those places that are being battered, literally liquidated by the West and its allies: I’m talking about Syria and Yemen. Even in Afghanistan, Iran is playing an increasingly positive role.

Ask in Beirut, Damascus but also in Cairo or Amman, whether Iran is a ‘dangerous country’, whether someone there feels threatened by Teheran? People will laugh at you. Of course, it is not dangerous; nobody thinks it is. People are scared of the West, or Israel, or of Saudi Arabia; but of Iran?

Logically (and here we are talking about Western imperialist logic), the more positive role Iran plays in the region and in other parts of the world (by, for instance, working closely with several progressive and revolutionary governments in Latin America), the more it gets antagonized, destabilized, even threatened.

The West cares nothing about what is good for others, or even for the entire world. It is only interested in what can serve its own, practical, neo-colonialist agenda.

It is the world in which we are living. And this world has to dramatically change, better sooner rather than later! Iran, together with a handful of other countries, is at the vanguard of this great change that could save our Planet. That is why it should never be allowed to fall!

Mostafa Afzalzadeh – an investigative journalist and filmmaker. He created Manufacturing Dissent: The Truth About Syria, a ​documentary film about Syria, as well as a documentary about the ‘99 percent Movement’ in the US, which was broadcasted by the Iran’s National TV and won the first prize at Amar Film Festival. He has also been present at most of the nuclear talks, covering them as both journalist and filmmaker.

Cover photo: Supporters of Ayatollah Khomeini hold a demonstration in Iran during the Islamic Revolution of 1979