Influencing elections: Facebook scandal gives Washington a taste of its own medicine 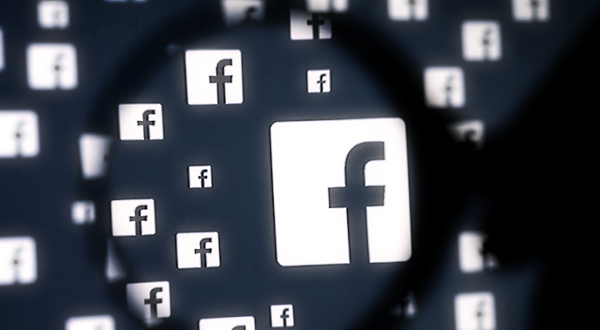 When the Sri Lankan government temporarily blocked Facebook and some other social media platforms in a bid to control the spread of anti-Muslim violence that erupted in Kandy recently, the Colombo-based ambassador for the US and the high commissioner for Britain both posted remarks on Twitter lamenting the restriction on freedom of expression, and lauding the benefits of social media. The racist ‘Mahason Balakaaya’ group’s leader and other key suspects in the criminal activity had only just been arrested.  Sri Lankan authorities were of the view that pulling the plug on social media for those few days checked the spread of hate speech and helped save lives.

The arrogance displayed by the two western powers in criticising a host government’s actions to quell a riot – imperfect though those efforts may have been – manifested at the same time that they engaged in berating Sri Lanka at the 37th session of the UN Human Rights Council in Geneva for alleged war crimes during a 30-year war that was waged against terrorism – not against the Tamil community as some would have us believe. The US and UK, the main sponsors of resolution 30/1, base their charges on the flawed ‘Darusman report,’ in spite of the strenuous efforts of a member of Britain’s own parliament, Lord Naseby, in exposing the questionable nature of the claims. For Sri Lankans, the ongoing travesty in Geneva set the backdrop for the Facebook controversy that unfolded more or less simultaneously.

The social media giant’s data misuse scandal came into the media spotlight within days of the lifting of the social media restrictions and revoking of the state of emergency in Sri Lanka. There was an outcry on both sides of the Atlantic, following a whistleblower’s revelations that a British firm hired by Donald Trump’s 2016 campaign had used the personal data of 50 million Facebook users (mostly in the US) without their consent, to psychologically profile them and then deliver material with a view to influencing the outcome of the 2016 US presidential election.

According to reports, both Democrats and Republicans in the US have summoned Facebook chief Mark Zuckerberg to appear before Congress, along with the CEOs of Google and Twitter. In Britain, Zuckerberg has been asked to give evidence before a parliamentary committee about the use of personal data by the British firm Cambridge Analytica. Cambridge Analytica itself reportedly faces an investigation by British regulators, over breach of privacy issues. The firm is described in Wikipedia as “a British political consulting firm which combines data mining, data brokerage, and data analysis with strategic communication for the electoral process.”

Facebook users’ data had been harvested by means of an app which invited users to participate in a ‘personality quiz,’ according to whistleblower Christopher Wylie, formerly of Cambridge Analytica. While 270,000 people had taken the quiz, the personal data of 50 million had been mined via friend networks, he reportedly said.

Facebook has accused the data scientist who developed this app of having ‘lied’ in passing the data on to the Cambridge Analytica, reports say. Cambridge Analytica has denied any wrongdoing, but it has suspended its CEO, and Facebook has suspended the firm from its platform. The app developer Aleksandr Kogan on the other hand accuses Facebook of ‘fabrication.’ He is reported by CNBC to have claimed in an internal email to university colleagues that it was “clearly stated that the users were granting us the right to use the data in broad scope, including selling and licensing the data.” If that was the case, one cannot help but wonder why he did not make this revelation in a more public manner. The finger-pointing may go on for some time before the public gets a clearer picture of what exactly happened. Zuckerberg meanwhile has publicly apologised for ‘mistakes’ his company made in handling the data of 50 million users.

The Facebook scandal has triggered some heated debates, broadly over two issues. One relates to the need to protect an individual’s privacy versus freedom-of-expression related questions arising from governmental attempts to regulate media – in this instance social media, which is harder to control.  In the wake of Sri Lanka’s 7-day Facebook ban there was talk of a need to introduce ‘monitoring mechanisms’ etc. These rumblings have created very real concerns over the possibility of state surveillance, the possible misuse of such powers by the state and the inevitable ‘media chill’ that would result.

The other debate sparked by revelations on Cambridge Analytica’s dubious ‘consultancy’ activities, was the whole question of influencing election outcomes in other countries, which seems to have become an industry nowadays.  Here’s where American double standards come into high relief. The US’s history of meddling in democratic elections outside its borders goes back many decades, way before the advent of social media.  From the overthrowing of leaders like Mossadegh in Iran (1953) to Lumumba in the Congo (1961) to Allende in Chile (1973) and coups in various other parts of the world, Washington’s role in installing US-friendly governments, no matter how brutal and dictatorial they may be, is well documented.

In more recent times Wikileaks disclosures from US diplomatic cables showed that Americans trained anti-government groups and individuals to foment unrest leading to the ‘colour revolutions’ that overthrew authoritarian regimes in the Arab world. “Key leaders of the movements” in Egypt, Bahrain and Yemen were “trained by the Americans in campaigning, organizing through new media tools and monitoring elections,” a New York Times report of April 2011 revealed.  The money came from the International Republican Institute, the National Democratic Institute and Freedom House –  all of which are known to be ‘pass-through’ groups for CIA funding.  These operations were carried out under the banner of ‘promoting democracy’ – which, incidentally, has become a familiar buzz- phrase in Sri Lanka too in recent years. A dead give-away of Washington’s role in the 2014 coup in Ukraine which ousted its democratically elected president Viktor Yanukovich, was Asst. US Secretary of State Victoria Nuland’s infamous leaked phone conversation with the US ambassador in Kiev, in which the two discussed whom they hoped to install in the new government etc.

The use of social media tools by anti-government groups is an interesting element in these latter-day uprisings. Analysts seem to agree that they played a catalytic role. “Did social media like Facebook and Twitter cause the revolution? No.” writes Sam Gustin in Wired.com. “But these tools did speed up the process by helping to organize the revolutionaries, transmit their message to the world and galvanize international support.”

If the US has no qualms about meddling in elections around the world to dislodge democratically elected leaders and set up ‘puppet’ or client regimes of its liking, it’s worth asking, isn’t it a bit rich how its political establishment is raising a firestorm over alleged Russian interference in the 2016 US presidential election? And if Washington is training youth in foreign countries to use social media in a process of destabilizing governments, can it afford to complain when those same tools are being used against its own political class – as the recent revelations regarding the misuse of Facebook’s user data show?

Source (adapted by the author for Investig’Action): Daily Mirror