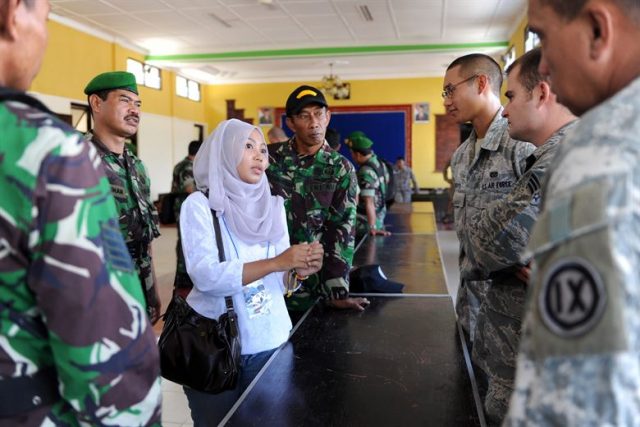 Indonesia (RI), the 4th most populous nation on Earth and the country with the largest Muslim population is, and since the 1965 US-orchestrated anti-Communist coup has been, the most radically pro-Western and anti-socialist place in Asia.

This is where you could end up in prison for publicly declaring that you are a Communist, or just an atheist. And this is where Western pop music, junk food and brutally meaningless Hollywood blockbusters are rubbing shoulders with the Saudi-style interpretation of Islam; with Wahhabism, that has been spread with the direct involvement of the US, UK and other Western countries.

The more intolerant Indonesia gets, the more ‘tolerant’ it is called by its ally and patron – the West. The most miserable and unprotected the Indonesian masses get, the more their country defined is as a ‘democracy’.

Indonesian racism against the Chinese people (and in fact everything Chinese) has been legendary, and always welcomed and encouraged by Washington, London and Canberra.

After 1965, for several decades until the Presidency of Abdurrahman Wahid (the progressive Muslim cleric who had been deposed during a constitutional coup in 2001), everything Chinese was banned in Indonesia, including Chinese characters, language, publications, films, and even red lamps, cakes and dragons. The same went for things Soviet, or Russian, although that was never directly specified.

The West scored a great victory in Indonesia. It ‘lost’ Vietnam and Laos, but it gained an entire archipelago overflowing with natural resources; the place that it has been plundering brutally and consistently, from 1965 until now. It helped to shape a country hopelessly corrupt, ruled by servile elites who have been interested exclusively in their own profits, while in the process sacrificing the greatly impoverished majority of badly educated and religiously and ideologically (by the West and by the extreme capitalist dogmas) indoctrinated people.

Indonesia ‘absorbed’ a substantial number of Chinese post-revolution religious ‘exiles’, particularly right-wing Christian priests and preachers, who settled down in the cities like Surabaya, and who, while relying on Western support and funding, continue spreading anti-PRC and anti-Communist propaganda.

It is very little wonder that after continuous right-wing political indoctrination and religious ‘bombardment’, collaboration with the West has been accepted by the great majority of Indonesian citizens without any soul searching or second thought. Jakarta ‘cooperates’ openly and proudly with the US, UK, Australia and other Western countries (as well as with Japan) especially when it comes to politics, diplomacy, but also the economy and even military.

This fact is often overlooked by left-wing analysts, while it is being taken for granted by the West. But the aggressive/servile position of the country has been ruining tens of millions of lives in Indonesia itself, as well as abroad (the genocide committed by the Indonesian troops in East Timor killed approximately 30% of human beings there, while further hundreds of thousands have been murdered in an ongoing genocide in occupied part of Papua). 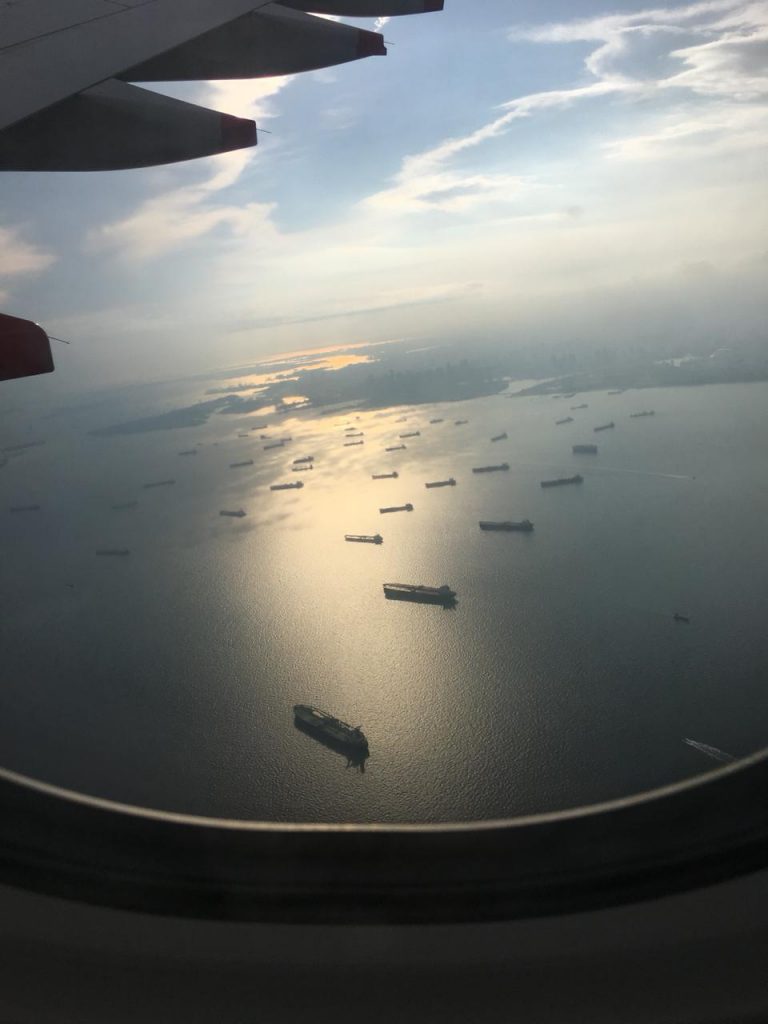 Tankers at Strait of Malacca (photo by Andre Vltchek)

It is worth noting the toadying language of the ‘official’ English-language pro-Western anti-left daily newspaper of Indonesia, “The Jakarta Post”, which on August 31, 2018, ran the front-page story titled “RI Joins in US-led Exercise”:

“Indonesia together with several South and Southeast Asian states, are participating in a United States-led exercise to strengthen cooperation and training in tackling maritime security challenges, which also promoting US foreign policy goals in the region.”

Appalling grammar is not the only problem. The Jakarta Post actually proudly describes the exercises that are expected to run until September 7:

“While the exercise is aimed at increasing information sharing among regional partners against transnational crime, the US also said in was one of the avenues to promote its free and open Indo-Pacific strategy”.

In short: to keep antagonizing and provoking China.

Then comes a piece of useful information:

“Under Secretary for Arms Control and International Security Andrea Thompson said the US believed the exercises were “critical in achieving our US foreign policy goals and strengthening our relationship with our partners in the Indo-Pacific region…” Defense cooperation between the US and Indonesia had never been stronger, Thompson said, noting the US$2.3 billion of combined defense trade between direct commercial sales and foreign military sales.”

Of course, Indonesia is not the only country in the region which is participating in these exercises. Other staunch allies of the West are ‘on board’ as well, among them Thailand, Malaysia and Singapore.

But Indonesia is a colossus, at least in terms of the population, its natural resources and geographical location. And it is sitting right at the strategic waterway – Strait of Malacca.

Of course, it is poor, isolated and thoroughly indoctrinated, precisely as the West likes its ‘client’ states to be.

It exports jihadi cadres wherever the West needs them (from Afghanistan where they fought against the Soviet Union, to Syria and Sothern Philippines during the last years), it supports ‘free trade’ and unbridled capitalism, and it robs its own people on behalf of the foreign powers. Only those cynical and ruthless ‘elites’ of Indonesia have been benefiting from the situation. With great zeal, they used to serve Dutch colonizers, then Japanese. Now they are selling themselves and their country to the West in general, while ruling over their unfortunate people with an iron fist.

Indonesia buys weapons using money it gets from plundering its natural resources. And it strongly dislikes China and ferociously attacks everything left of the center. The West is, naturally, giving it standing ovations.

As the world is once again getting polarized, between the imperialist West (plus its dependencies), and countries that are ready to defend their freedom, Indonesia is expected to play an increasingly important role on the global stage.

This role will be, unfortunately, extremely negative, at least from the point of view of those brave nations that are ready to confront the West and its lethal imperialism.