In photos: May 1st in Caracas, Venezuela 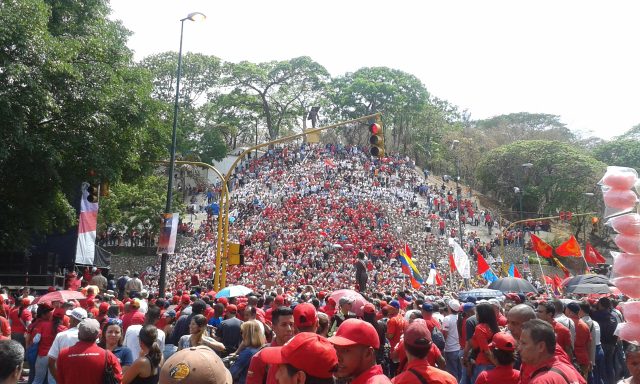 (Investig’Action / Ricardo Vaz in Caracas) – Tens of thousands of people mobilised in Caracas and other Venezuelan cities to commemorate International Workers’ Day and show their support for the presidential candidacy of Nicolás Maduro.

Starting from different locations in Caracas, the marches took to the streets before converging in Parque Ezequiel Zamora, where the Venezuelan president spoke.

In his speech, Maduro hailed the working class and recalled the measures approved the day before, where salaries, pensions and bonuses were raised, and a special bonus was handed out on occasion of May 1st. Despite the salary increases and regular bonuses of recent months, these have failed to keep up with inflation, and Maduro pledged to dismantle the economic mafias after the May 20 election.

Photos by Ricardo Vaz (Cover: crowd waiting for the arrival of Maduro at Parque Ezequiel Zamora) 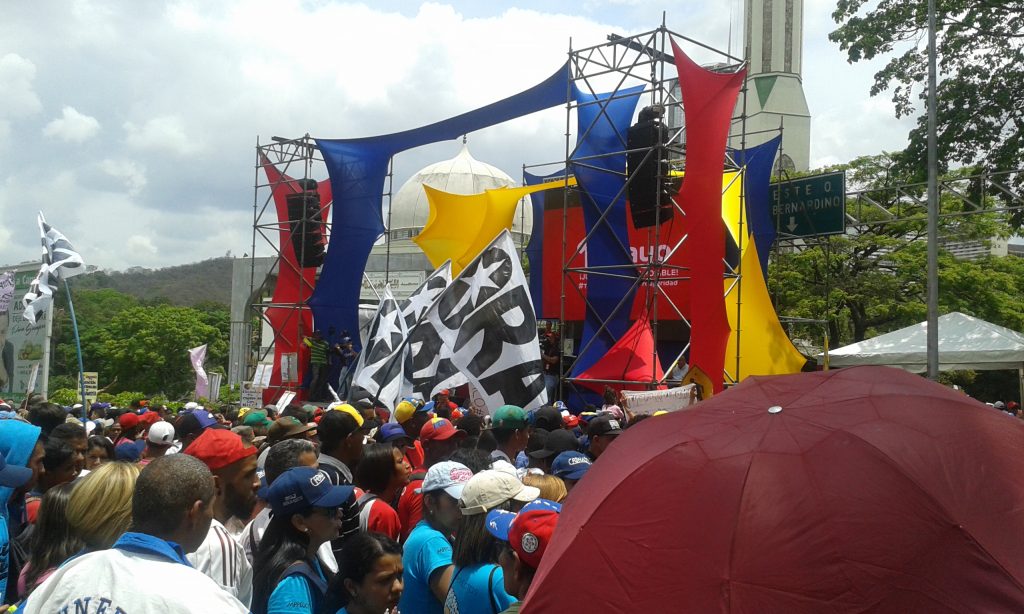 Stage at Av. Libertador, the starting point for one of the marches 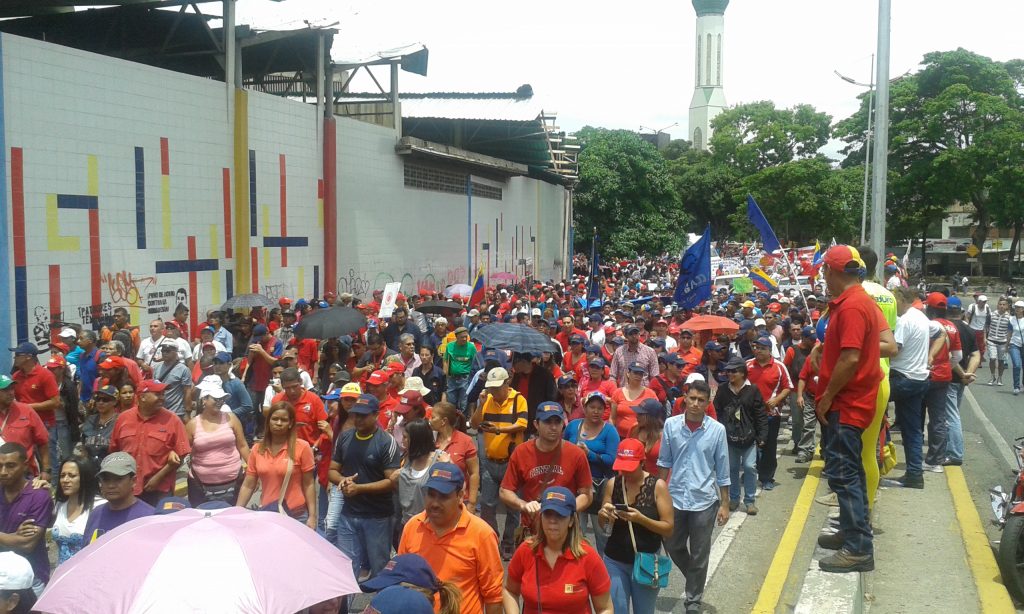 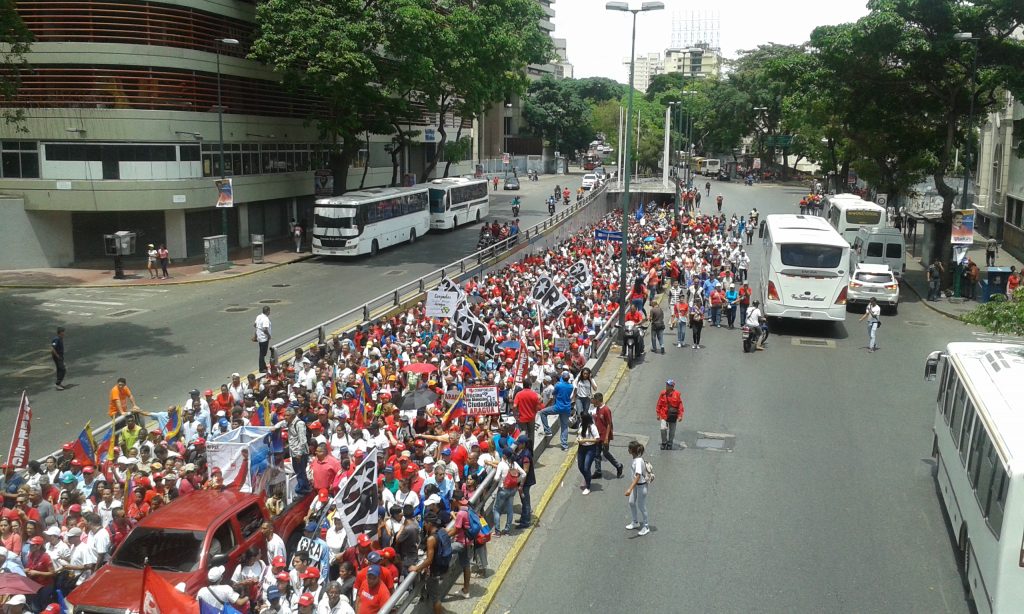 After entering Av. Urdaneta, the march would continue all the way to Miraflores presidential palace 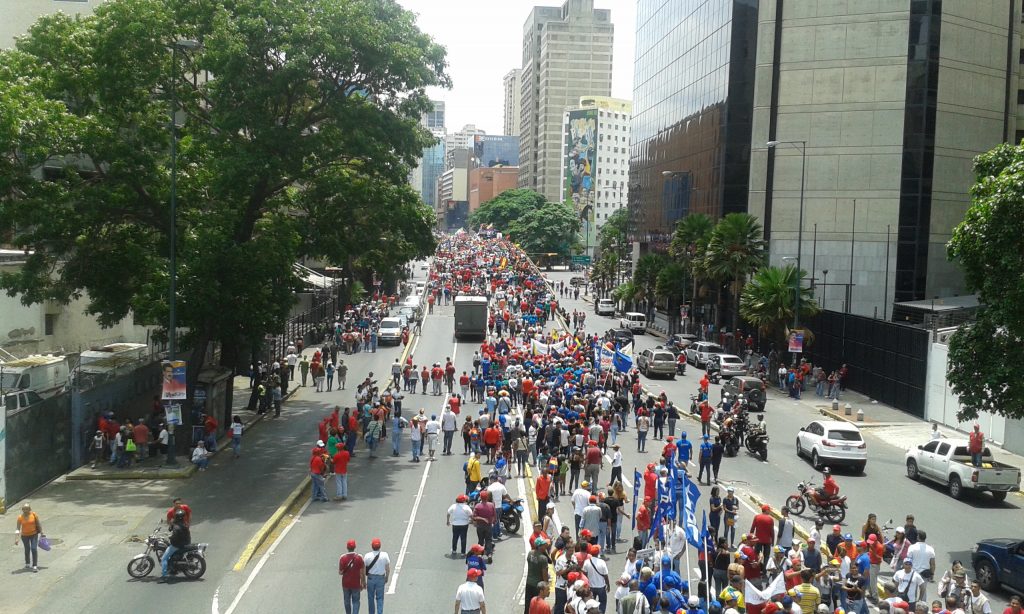 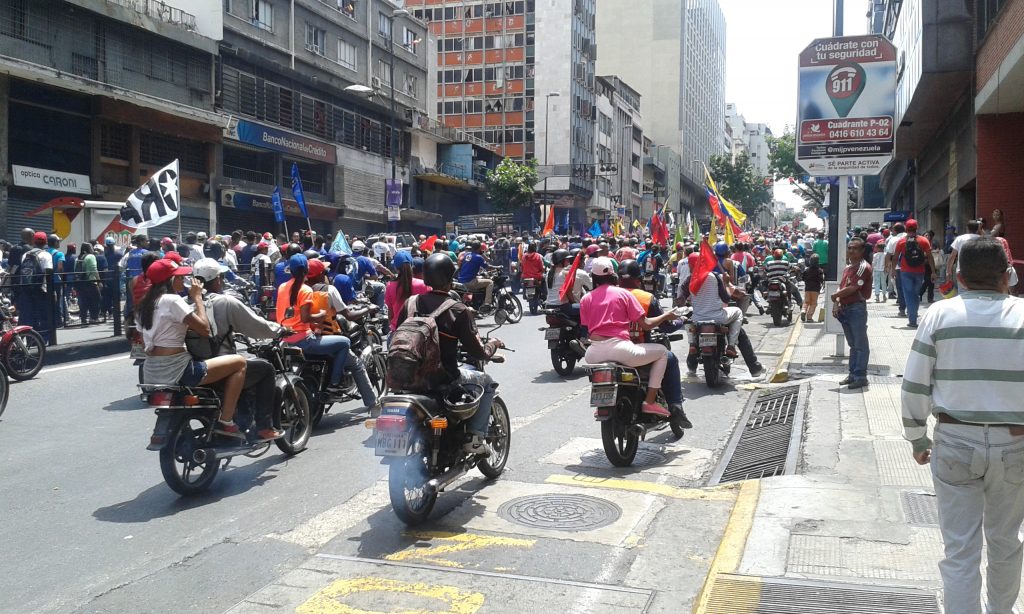 A group of motorbikes joined the rally midway through 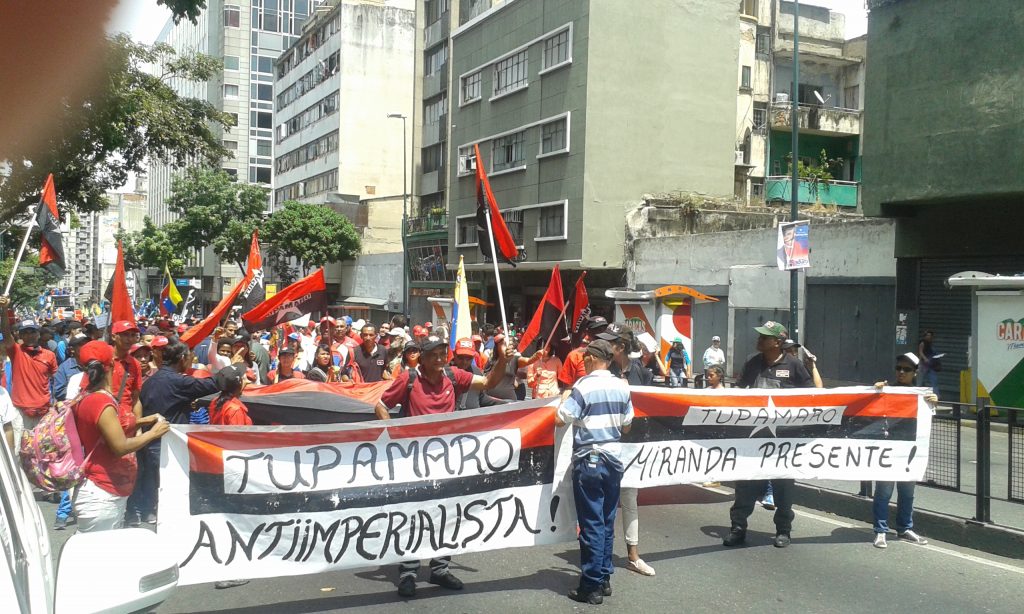 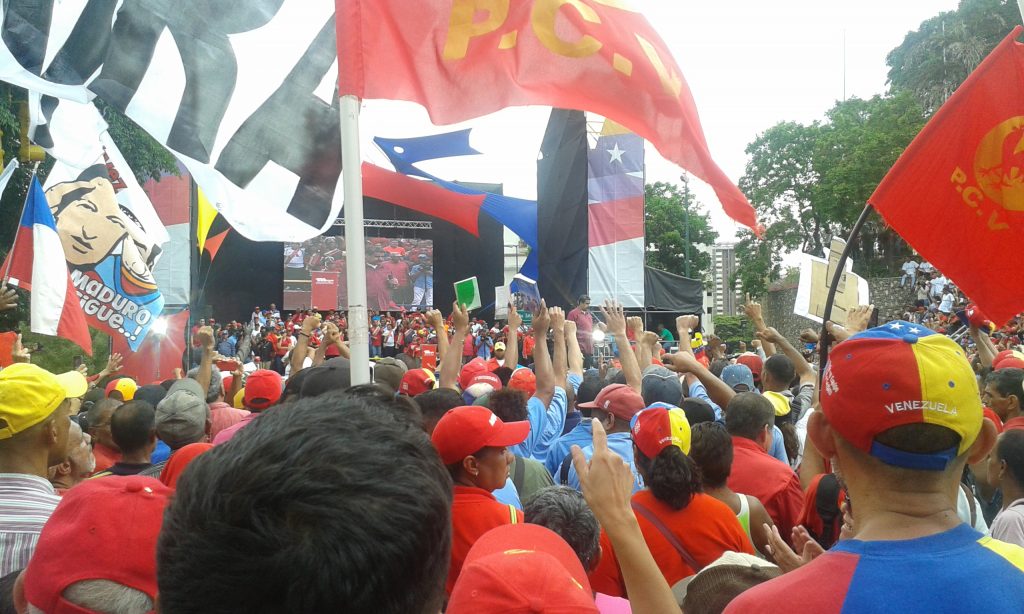