In Bangkok – “No speak your language, speak Thai or die!” 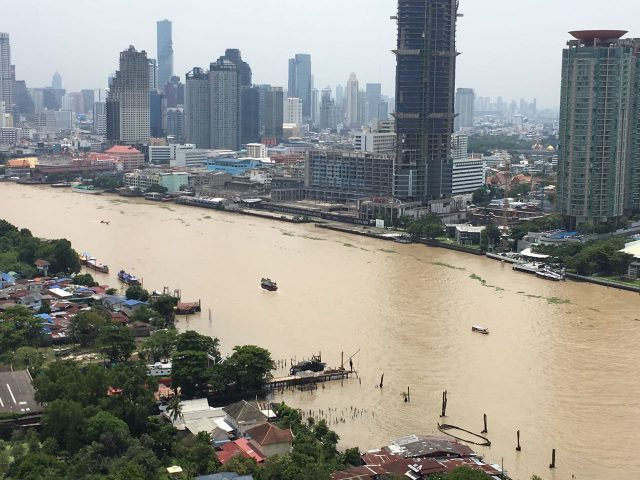 It is hard to calculate the cost of the stubborn refusal of the Thai population to learn foreign languages. Some daring estimates, however, calculate that the losses could be in tens of billions of dollars, annually. And the situation is not getting any better.

Bangkok wants to be the center of Southeast Asia, and by many standards it has already achieved this goal. Suvarnabhumi International Airport is the second busiest in the region. Almost all of the international news agencies are here, and not in Jakarta or Kuala Lumpur. Several UN agencies are now located in Bangkok, as well as mega malls and top private medical facilities, catering mostly for people who live in Burma, Cambodia, Laos and as far away as the Middle East.

For years and decades, Thailand was busy promoting itself, capturing the imagination of millions all over the world.

Some wonder whether it could really do even better than it is already doing. According to Forbes, Bangkok recently became the most visited city on Earth:

“According to Mastercard’s Global Destination Cities Index, the Thai capital had 21.5 million visitors who stayed at least one night in 2016. By comparison, London had 19.9 million overnight visitors last year while Paris had 18 million. The Big Apple was even further down the list with 12.8 million.”

32.59 million foreign visitors descended on Thailand in 2016 alone, and the numbers are not subsiding.

Statistics vary, but travel and tourism now account for approximately 20 percent of Thailand’s GDP. That’s a lot, much more than in other countries of the region.

For Thailand, that is all good news, or at least theoretically it is.

But despite its cosmopolitan flair, Bangkok remains a relatively closed and segregated society.

Now, there seems to be more Japanese eateries in the center of Bangkok than traditional Thai restaurants. However, try to order in one of them, for instance, an iced tea in any other language other than Thai, and you will be up with a great surprise. The chances are that, the staff will not speak any foreign languages.

And it gets much more serious than that: people working in banks, at least theoretically catering to foreign customers, hardly speak anything except Thai. Even the ‘tourist police’ cannot understand what you are talking about when you try to report a crime.

The other day, in Bangkok, I tried to retrieve a substantial payment from a foreign magazine, which for some reason utilized Western Union in order to transfer funds. Western Union in Thailand is teamed up with the large Krungsri Bank. In one of its branches, I spent a humiliating 90 minutes, trying to complete a simple transaction that would normally take 2 minutes, even in Beirut or Nairobi. The incompetence of the staff was covered up by spiteful facial expressions and outright rudeness (using Asian, not Western standards). More and more new ‘additional information’ was demanded sadistically, by pointing at some confusing printouts. Not one out of six people involved spoke anything but Thai. 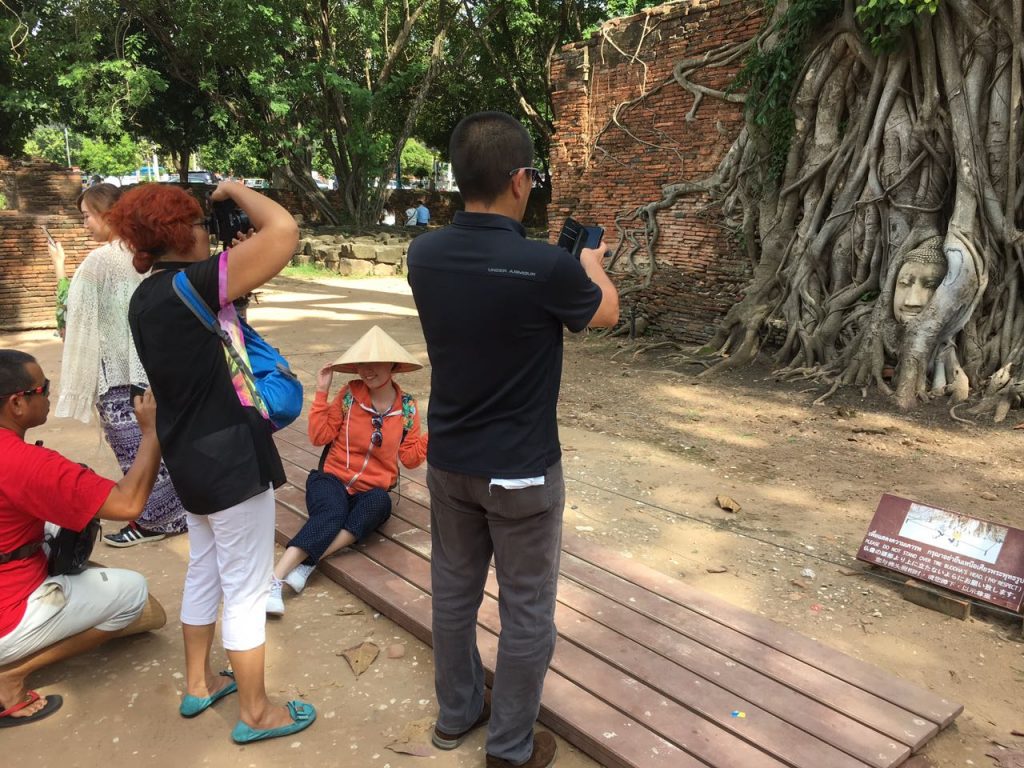 Generally speaking, many Thais believe that making a decent income from foreign tourists and expats is their inherent right. The perception is that no high level of knowledge, language proficiency or provision of quality services is required from them.

Once my local interpreter told me:

“Everyone wants to come to Thailand, everyone loves it here, so they should accept things the way they are done in the Kingdom.”

Recently, trying to buy an item of professional video equipment at the SONY showroom in Bangkok, I realized that the assistants did not speak absolutely any foreign languages. I had the same experience in the studio, where I was attempting to capture two of my damaged HDV tapes.

This was all totally acceptable when Thailand was, many years ago, one of the cheapest places on Earth, a haven for backpackers and romantics. Since then, everything has changed. The country is desperately trying to provide high-end services. But comparable services and goods are now often cheaper in London, Paris or Tokyo, than in Bangkok. So is the food in supermarkets. And still, there is no foreign languages proficiency.

As a veteran traveller from Japan recently pointed out:

“It was much easier to accept an overcooked and tasteless bowl of pasta from a waitress who was rude and spoke no foreign languages, when it came at a symbolic price of US$2. It is much more difficult to remain ‘benevolent’, if the service is still terrible, nobody speaks anything but Thai, but the cost is twice that of a good spaghetti dish in some excellent restaurant in Venice.” 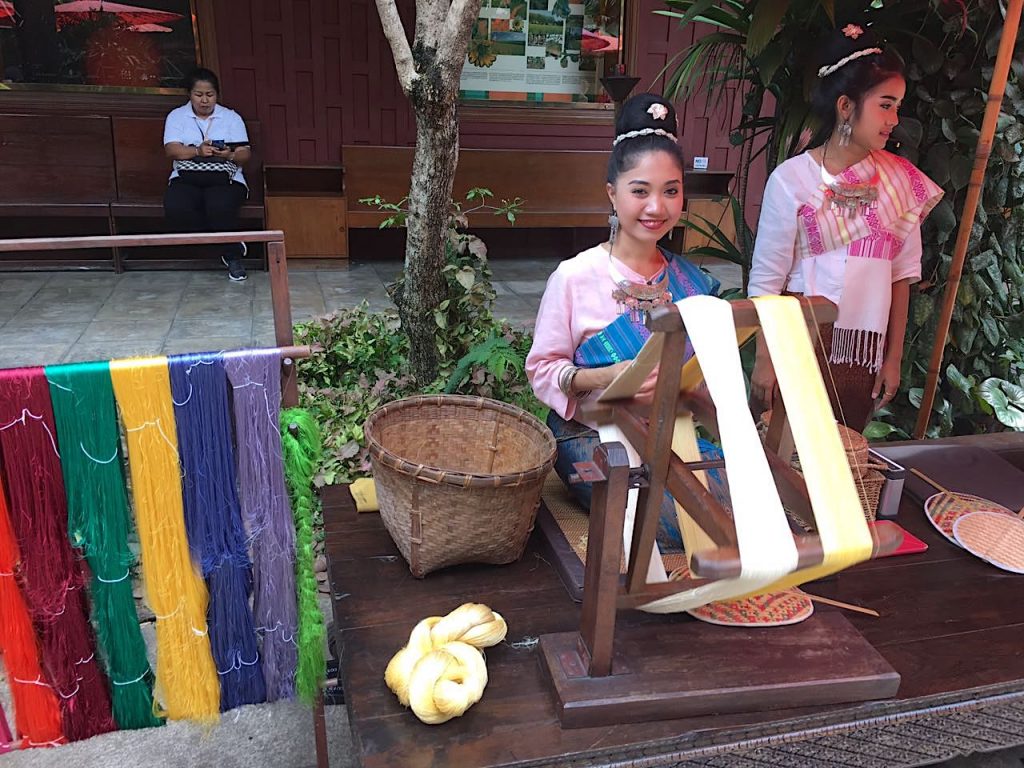 But Thailand is confident that hordes of people will keep coming.

Partially it is because of the extremely positive propaganda coming out from countless Western mass media sources. If there is any criticism of Thailand, it is of an exceptionally mild and ‘kind’ sort. All the basic elements of Western dogmas – about how great, relaxed, safe and comfortable the country is – are upheld in such reports.

No wonder! No matter which government is in charge, the country remains one of the staunchest US ally in Asia.

Thailand fully implemented the economic system promoted by the West. During the Cold War, it killed, tortured or at least imprisoned thousands of its own Communists and leftists (no need for interventions).

In the past, the Kingdom readily accepted and accommodated many defeated (in China), genocidal troops of Chiang kai-shek. It participated in the savage bombing campaigns of Vietnam, Laos and Cambodia, often lending its own pilots, and it brought poor young women from the countryside, in order to serve the US, Australian and other pilots and technicians based at Pattaya and other military airports, as prostitutes.

It adopted draconic laws that forbid all criticism, and often even mention of almost all the basic power elements injected into Thailand by the West.

The rewards have been great ever since.

No matter how rude an interaction between locals and foreign visitors often is; the country still maintains the reputation of the ‘land of smiles’.

While the murder rate is higher in Thailand than in the United States, the Kingdom is still perceived as a relatively safe place.

Endless military coups that overthrow democratically elected governments are generally accepted and after a few headlines, ignored by the Western mainstream press.

While virtually all coastlines are irreversibly over-commercialized, even ruined, Thailand is known as a ‘tropical paradise’. 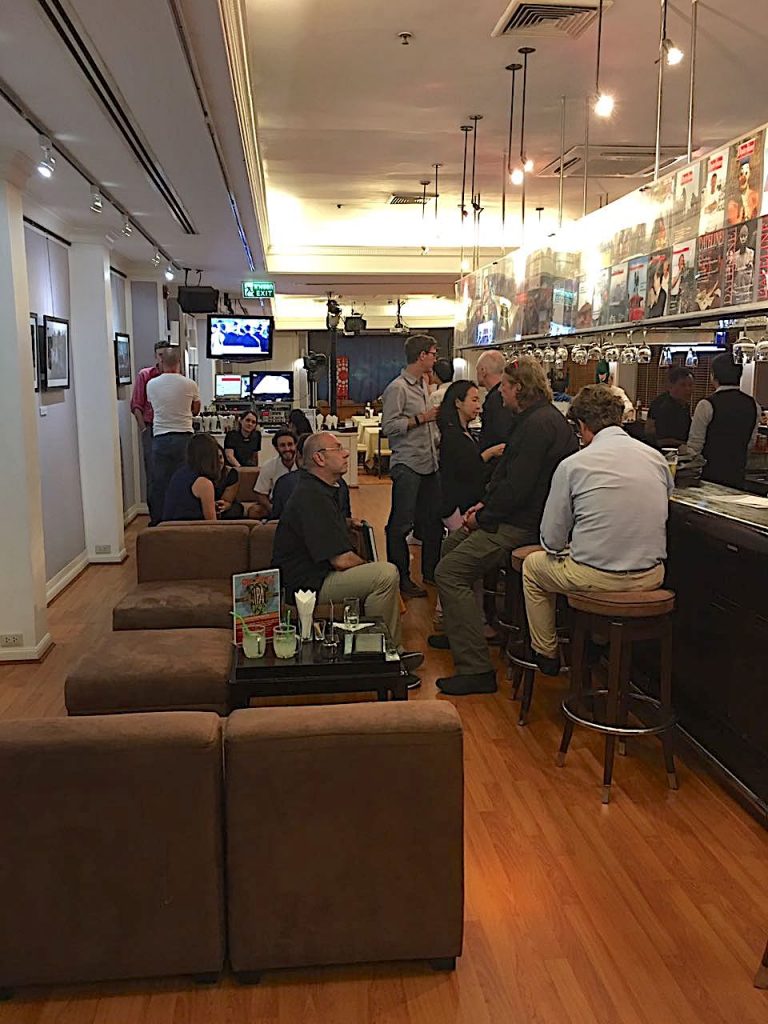 There is actually one group of Thais, which speaks perfect English – the elites. Most of their members were educated in the United States, in the UK or Australia. Some of them are leading jet set, cosmopolitan lives, with several properties in different parts of the world.

But these are not people that foreigners stumble across during their two-week long vacations. I encountered several of them, on different occasions, and I can “testify” that their proficiency in foreign languages, particularly in English, is great.

Frankly and honestly, I actually love Bangkok. It is chaotic, overgrown but an extremely complex and exciting city. I have worked in almost 160 countries, on all continents, but Bangkok is still one of my favorite places on Earth. It drives me insane, it often defeats me, but I cannot imagine my life without it. It is one of the places where I come to think and to write.

Thailand could change; it could greatly improve, if its populations would take advantage of those tens of millions of foreign visitors every year, and learn about many other places, not just about the United States, Europe and Japan. People don’t travel here only from the West; they are also arriving from China, India, Russia and Latin America, even Africa.

And savage capitalism is not the only economic system now on offer. As the Western “truth” is not the exclusive one, anymore.

The best thing for Thailand would be to interact, to learn something new from those millions of visitors. And what better way to learn than through interaction, through learning languages.

Bangkok is now a world city, a cosmopolitan metropolis, but with a provincial mindset. All this can and should change. Not for the sake of foreign visitors, but for the sake of the people of Thailand!

First published by NEO as “Can Thailand Evolve into A Regional Leader?”