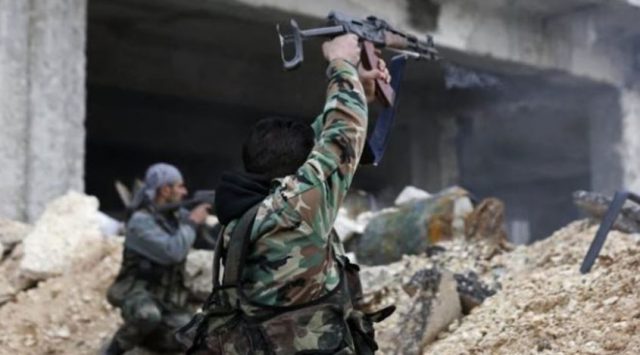 On the heels of Amnesty International’s admittedly and entirely fabricated report regarding Syria’s Saydnaya prison, Human Rights Watch (HRW) has published its own baseless report on Syria – this one regarding alleged chlorine bomb attacks in Aleppo during the city’s liberation late last year.

However, when qualifying HRW’s accusations, it admits:

Through phone and in-person interviews with witnesses and analysis of video footage, photographs, and posts on social media, Human Rights Watch documented government helicopters dropping chlorine in residential areas on at least eight occasions between November 17 and December 13, 2016. The attacks, some of which included multiple munitions, killed at least nine civilians, including four children, and injured around 200.

Watching the videos and viewing the photographs reveals that none of them actually link any of the alleged “chlorine attacks” to Syrian forces, or even to chlorine itself.

The body of evidence presented by HRW also reveals that the interviews they conducted with alleged “witnesses” included almost exclusively opposition forces. Among them were the US-UK funded White Helmets – referred to disingenuously as “Syria Civil Defense” in HRW’s report – who served as designated terrorist organization Jabhat Al Nusra auxiliaries, often found on the battlefield shoulder-to-shoulder with armed militants. 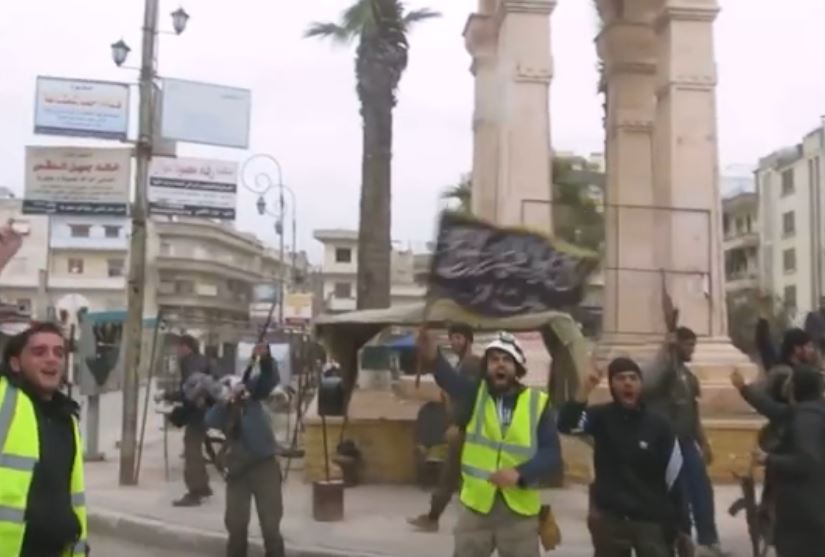 Not only are these clearly compromised sources of information based on their admitted political alignments, but also because of their respective, systematic fabrications throughout the Syrian conflict. It is telling of HRW’s systematic bias that it would base an entire report on compromised sources drawn from the opposition, but not even a single report based on government claims.

In reality, a truly reputable rights advocacy organization would only report what physical evidence verified. Human Rights Watch has deliberately avoided doing so not only in Syria, but amid virtually ever conflict it involves itself in.

From conflating the number of civilians “trapped” in eastern Aleppo, to attempts to downplay or dismiss the role designated terrorist organizations played in the occupation of Aleppo, the groups and individuals cited by Human Rights have practiced deliberate deceit throughout the battle for Aleppo, and the Syrian conflict at large.

For Human Rights Watch – an allegedly world-renowned rights advocacy organization – to cite such sources indicates that this latest report, like Amnesty International’s recently fabricated report, constitutes a politically-motivated attack hiding behind rights advocacy, not upholding it.

Considering the timing of Amnesty International, Human Rights, and also the Atlantic Council’s reports, rolled out in a multi-organizational campaign attacking the Syrian government, the individual deceit of each organization transforms into collective and coordinated impropriety.

A final consideration in the wake of Human Rights Watch’s latest, politically-motivated report is the fact that all actual evidence points to the opposition itself for being behind both the production and deployment of chlorine-based weapons.

TIME Magazine in an article titled, “Syria’s Civil War: The Mystery Behind a Deadly Chemical Attack,” would admit:

In August rebel forces took Sabbagh’s factory by force, as part of a sweep that also netted them an electricity station and a military airport about 30 km from Aleppo. Sabbagh, who has since fled Aleppo for Beirut, says his factory is now occupied by Jabhat al-Nusra, a militant group with strong ties to al-Qaeda that has been designated a terrorist group by the U.S. He knows this because his site manager has struck a deal with the rebels — they supply 200 L of fuel a day to keep the generator running so that the valves of his $25 million factory don’t freeze up. The factory isn’t operational anymore, but this way at least, says Sabbagh, it might be one day in the future. In the meantime, he has no idea what has happened, if anything, to the 400 or so steel barrels of chlorine gas he had stored in the compound. The yellow tanks, which hold one ton of gas each, are used for purifying municipal water supplies. “No one can know for certain, but if it turns out chlorine gas was used in the attack, then the first possibility is that it was mine. There is no other factory in Syria that can make this gas, and now it is under opposition control,” he says.

Military experts since the advent of modern chemical warfare have noted its limited utility during combat. It has very temporary tactical advantages when used on a very large scale – a scale much larger than any of the alleged attacks cited by Human Rights Watch. Strategically, a military force with superior conventional means would have no logical use for chemical weapons.

Likewise, chemical weapons would not turn the tide in the battle of Aleppo for the occupying terrorists. However, the use of chemical weapons in Aleppo and the use of the West’s powerful propaganda arms to assign blame to the Syrian government did promise a very significant political and possibly strategic advantage. It was accusations of “weapons of mass destruction” that served as a pretext for war with Iraq in 2003 – a pretext the US attempted to recreate versus Syria in 2013.

With these latest, weak, and baseless accusations presented by Amnesty International, Human Rights Watch, and the Atlantic Council, we are witnessing a redux of 2013 propaganda aimed at undermining the Syrian government and expanding the West’s pretext for more direct involvement in the Syrian conflict.