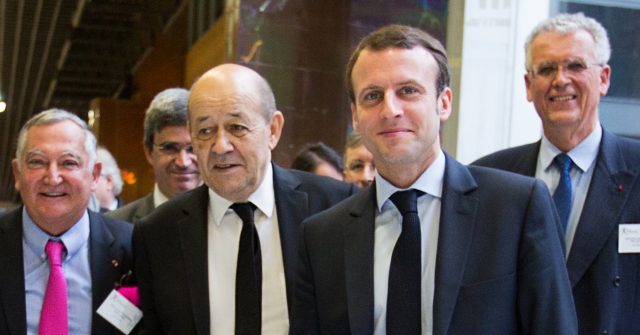 As soon as the colonial wars ended with the victory of the liberation movements, after the North American troops were thrown out of Vietnam, the ideologues in the service of the rulers, enthusiastically followed by their states, “rediscovered” Human Rights by instrumentalizing them against communism and the democratic deficiencies of the states that embodied it. Turning the page of torture and massacres practiced in the former colonies and Vietnam, the Western powers went on the offensive, without the slightest complex, in the name of “Liberty”, which they proclaimed themselves the champions!

For several decades, all political life was scrutinized via human rights: they became unworthy of those who did not align themselves with the hypocrisy and impostures of the powerful, whose indifference to the misery of the world remained nevertheless perfectly stable.

Recently, a new shift has been made. The question of human rights is no longer a priority; it is sent back to the “garbage cans of western history” – other impostures have begun.

Why has “security” taken the place of Human Rights, the “strong” state put in place of longer democracy and the glorification of “civil society” and NGOs? Because the terrorism of “Islamist” fascists has given the opportunity to justify a growing authoritarianism: the political “gift” of the Islamists with whom the United States have long been very complacent allows the West to stand anew as defender of civilization, and national identity against all threats, including those that have nothing to do with Islam, that is to say, the Russians, the Chinese, the Venezuelans, Bolivians, etc.

It is that the Western State, in order to defend and promote financialized capitalism, needs to prepare itself, not for a terrorist revival linked to the arrival of migrants, but for any popular movements that finally challenge mass unemployment, widespread precariousness, liquidation of public services and social protection, cultural depredation, loss of meaning in all human activities other than the pursuit of money.

Among those responsible for this reorientation, there is obviously the business community for whom the issue of human rights is a pleasant “joke”, disabling the conclusion of lucrative contracts, for example with Saudi Arabia! This small world of profit is favorable to an oligarchy on which one can easily weigh: decision-making power has been concentrated, like financial power, in the United States and in Europe – ‘macronism’ is an illustration among others, each country having its “style”: Italian neofascism is not that of Hungary or Poland, the rightization of Austria or the Czech Republic is very different from the American “Trumpism”!

But everywhere one invents the necessary “enemies”, from the inside and the outside, one prepares public opinion to accept repressive measures (police violence, abusive searches, demonstrations and strikes denounced, etc.). New repressive laws are adopted. The stage of “post-democracy” begins. Powers use fear to govern according to an old tradition, periodically rejuvenated.

In addition to business circles and conservative parties (right “republican” or extreme), the responsibility for this social devastation is social democracy. Only a few years ago, almost all of Europe was in the hands of the “socialist” parties; Obama was president of the United States. Nothing has really changed for the greatest desolation of the popular classes!

In the international order, the great game of money-king, complacent with the richest and their mafia type transactions, harsh with the “unprofitable” and “unreliable” (Syria, Libya, Korea, Palestine, etc …) continued. The mafias (some of which control entire sectors of the economy), the subsidiaries of the big banks that trade in tax havens, the fraudsters who are dedicated to tax evasion, the super-exploiters who make the life of the employees unbearable and discriminate against the female workforce, not knowing the indulgence of the states, governed by the right or by the “left”!

This social democracy has contaminated other forces, sometimes even fractions of communist parties! Out of democratic gains, there is only the piece of paper that fewer and fewer voters are slipping into the polls, periodically, ignoring all methods of manipulation and the weight of money in each election!

This is a “time of contempt” and arrogance on the part of heads of state who think they are allowed everything “because they have been elected!”. Democracy becomes that of continuous jabber, and debates whose frontiers are fixed in advance. More than ever, the big question arises: “What to do?”, if only strengthen the radical criticism of the system, and not delude ourselves about the real representativity of so-called “representative” regimes!

Translated from French by tamarvlad