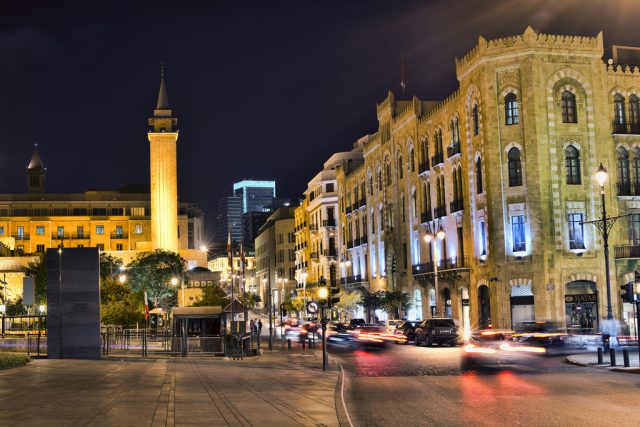 As each new batch of Beirut-happy articles purports to destroy preconceived notions about the Lebanese capital, loads more notions requiring destruction are created in the process.

For journalists, travel writers, and anyone else looking to make a buck off of Orientalist cliche, the Lebanese capital of Beirut – pardon, the erstwhile “Paris of the Middle East” – is a one-stop shop.

There are plenty of more refined sociocultural observations to be made beyond Beirut’s usual accolades as magical meeting point between East and West, phoenix rising from the ashes, and progressive oasis of cosmopolitanism in an oppressive and conflict-ridden region.

The New York Post informs us that Beirut is “a city where women in heels shimmy on tabletops”. For the Telegraph, it’s a place where “skinny girls in hot pants and crop-tops gyrate… to thumping beats, upending bottles of vodka into the mouths of the bare-chested men dancing beside them”.

VICE, in its own typically obsessive pursuit of sensational non-insight, reports on the mind-blowing existence of Beirut bars that “offer coke-fuelled benders down the street from Hezbollah headquarters”, while the New York Times once again brings up the matter of female footwear: “Women with Louis Vuitton handbags are forever extracting their spike heels from the cracks” in the boardwalk at Zaitunay Bay, the city’s “luxury playground”.

Never mind that shimmying on tabletops and the like is not an option for Lebanese folks of various religious persuasions, in addition to being financially prohibitive in a country where the poverty rate in certain areas exceeds 60 percent.

From one bubble to another

But the point of the ongoing deluge of ecstatic Western dispatches about Beirut is not to attempt to convey human reality. This should be perfectly clear from, inter alia, the Telegraph’s shameless advice to travellers to Lebanon to “get a temporary membership at one of the beach clubs – they will be a lot cleaner than the public beach and people-watching is much improved”.

After all, you can’t have a properly enchanting Oriental safari if you’re made to look at non-elite people.

Rather, the point of these exuberant branding schemes is to sell a service: the opportunity to feel cool and edgy while engaging in materialist excess and the sort of flashy and over-the-top consumption marketed as Lebanese joie de vivre.

Indeed, even the bars and other institutions comprising Beirut’s much-vaunted “bohemian scene” are often just as draining to the pocketbook as those on the unabashedly capitalist one.

In a May 2017 report for GQ Magazine titled “How to Party in Beirut Like It’s Your Last Night on Earth”, author Nick Marino advises attendance at the subterranean BO18 nightclub – where the price of a single small beer happens to be the equivalent of several days’ wages for many Syrian refugees employed in Lebanon’s agricultural sector.

This is not to imply, of course, that one must always calculate and defend one’s expenses in terms of Syrian refugee income, but rather to suggest that – in a country where Syrian and Palestinian refugees constitute more than one-third of the population and a whole lot of Lebanese are poor – it’s somewhat distasteful to compose odes to unnecessary spending.

Meanwhile, the whole theme of Lebanese partying and consumerism that so many Western observers dutifully inflict on their respective audiences serves an important Orientalist function: Beirut may be “exotic” and different in its own way, but it’s also enough “like us” to render it a safe space for those wishing to travel without risking any fundamental alteration to their worldviews.

Predictably, many of these dispatches devote at least a few lines to disabusing readers of traditional associations of Beirut with war, bombings, and hostages chained to radiators.

Now, we’re told, the real dangers of travel in Lebanon range from “a thick waistline and a stinking hangover” to the time Nick Marino’s “Uber driver couldn’t figure out his GPS”.

What’s not on the tour

The sanitisation of the Lebanese landscape as a cosmopolitan paradise however leaves many quite unsanitary aspects unaddressed. Among the most obvious of these is the ongoing rubbish crisis that – thanks to political corruption and inertia – has seen sections of the country inundated with refuse and attendant health hazards.

And this is merely one of the ways in which life for the average Lebanese resident has been made physically and emotionally challenging by the ruling elite, who exploit sectarianism as a means of maintaining their own lucrative stranglehold on power.

Services are in short supply, and certain sections of the country have been known to receive as little as two hours per day of government electricity. In Beirut, the needs of private capital are consistently prioritised over environmental sustainability and breathing room, and unbridled construction has meant that there is now a near-total dearth of public space.

The destruction of the city’s last public beach is currently underway. But hey, the people there weren’t worth looking at, anyway.

Add to this panorama the persistent problem of discrimination and persecution of refugees – not to mention the system of modified slavery to which many domestic workers are subjected – and Beirut starts to seem like slightly less than the absolute hippest place on the planet.

A tale of two cities

In addition to effectively applauding a structure of economic oppression and inequality, Western pilgrims to Beirut can also help perpetuate a tale of two cities: the real Beirut vs. the southern suburbs of Beirut – Dahiyeh – endearingly referred to in the mainstream press as a “Hezbollah stronghold”.

Over at VICE, we’ve got the aforementioned juxtaposition of “Hezbollah headquarters” (bad) and coke-fuelled-bender-facilitating bars (good).

In a 2016 piece in the New York Times’ T Magazine, “The Eternal Magic of Beirut”, Michael Specter boasts of having taken none of the security precautions prescribed by the US State Department for Lebanon because “the city I visited was peaceful, even serene… The loudest noise usually came from the most energetic nightclubs”.

He declares, however, that “there are parts of Beirut that are clearly unsafe; but tourists don’t, as a rule, hang out in Hezbollah-controlled territory”.

I myself have “hung out” in Dahiyeh a number of times over the years – the first instance being shortly after the war of 2006, when the “safety” of the territory had been jeopardised by Israel’s decision to pulverise a wide assortment of apartment buildings and other edifices (all, of course, with the backing of my own country, the US).

Unsurprisingly, residents of the area who had lost homes and family members had slightly more pressing concerns than hangovers or high heels getting stuck in luxury boardwalk planks.

Nowadays, as each new batch of Beirut-happy articles purports to destroy preconceived notions about the Lebanese capital, loads more notions requiring destruction are created in the process.

Belen Fernandez is the author of The Imperial Messenger: Thomas Friedman at Work, published by Verso. She is a contributing editor at Jacobin magazine.